A tale of two Sicarans.


Greetings all Wadey here! It's definitely been a long time between posts but I'm certainly happy to be back! My normal posts are usually about the mighty III Legion but today I thought I'd mix it up a little bit and talk about what IMHO are two of the most potent units and are definite inclusions for ANY Legion, the Sicaran Battle Tank and Sicaran Venator Tank Destroyer. 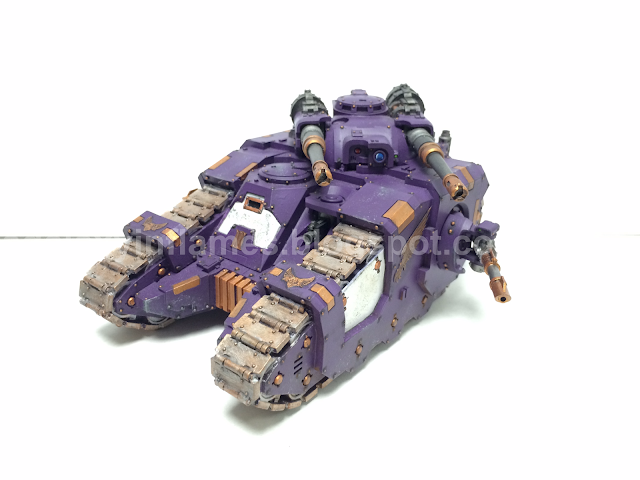 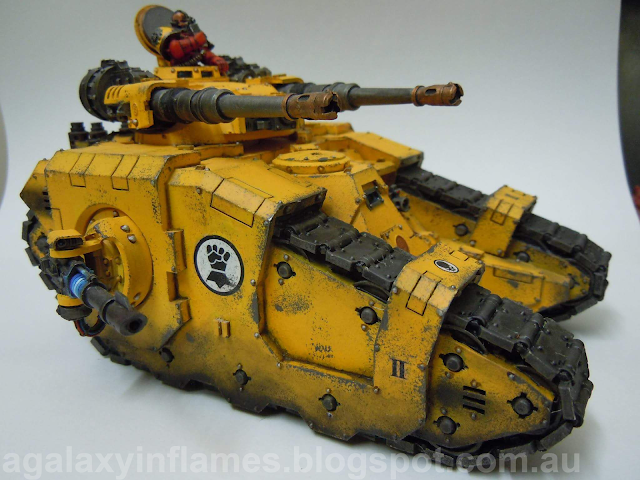 First and foremost, let's talk about the aesthetics of the Sicaran chassis. I am yet to find a single person who does not like the look of either of this class of tank! The sculpt for both the BT and TD are beautifully crafted. The sleek design, for mine, makes for a fire support platform that perfectly compliments units like Spartans, Javelins and Jetbikes. Lets also not forget the fact that Forge World made the kit SUPER easy to assemble, having molded the tracks onto the model rather than making them separate pieces as seen in the Spartan kit.


The first of the two variants and most commonly seen in Heresy armies is the Sicaran Battle Tank. This guy is just the business and has featured as a HEAVY SUPPORT choice in every list I've ever written. "But why do people love it?" you may ask if you have been living under a rock and don't like anything fun.

135 points will buy you a FAST, TANK with the following stat line:

With an armament that includes:

The following upgrades are also available:
The backbone of the Sicaran is the Accelerator Autocannon. Let's look at the weapon statistics and get a better understanding of why it is so impressive.
Rapid Tracking - Targets may not take Jink saves against damage from this weapon.

The Accelerator Autocannon is most effective against Infantry units and light vehicles but also has the ability to cause trouble for heavier opponents.  Its high strength and heavy rate of fire makes it perfect as an anti infantry platform, coupled with the fact those shots are Rending even units who don Terminator or Artificer armour cannot rest easy.

Light tanks are very easy to strip of hull points, Rhinos especially crumple quickly to some well placed Sicaran shots. Iron Hands Sicarans are extremely vicious when outflanked as they often end up in a position to inflict maximum damage on weaker points of armour.

Even AV14 vehicles are susceptible to the Accelerator Autocannon. I have myself been lucky enough to strip a Spartan of its hull points. Great success!! (Said in a Borat voice)

IMHO Jevelins are one of the worst off from AA shots. The Rapid Tracking special rule takes away their survivability as they cannot jink against these shots. Add to that the fact they already have a low AV and only 2HP its fairly easy to make short work of them.

On top of the extremely impressive list of armaments and solid stat line the Sicaran Battle Tank also gets its strength from its versatility. Armoured Ceramite and some Lascannon sponsons make it a great gun platform for long range fire support, or a Dozer blade, Auxiliary Drive and Heavy Bolter sponsons make it the perfect support vehicle for Spartan filled with a choppy Close Combat unit or even mobile cover for a Rhino or two filled with Legion Support squads.

It really isn't hard to see why the Sicaran is so popular. A lazy 135pts buys you so much and is usually a "man of the match" worthy unit in most Legion armies. The best combination I have come across so far is the Sicaran and its big boobed cousin it has weird feelings about the, Sicaran Venator Tank Destroyer. 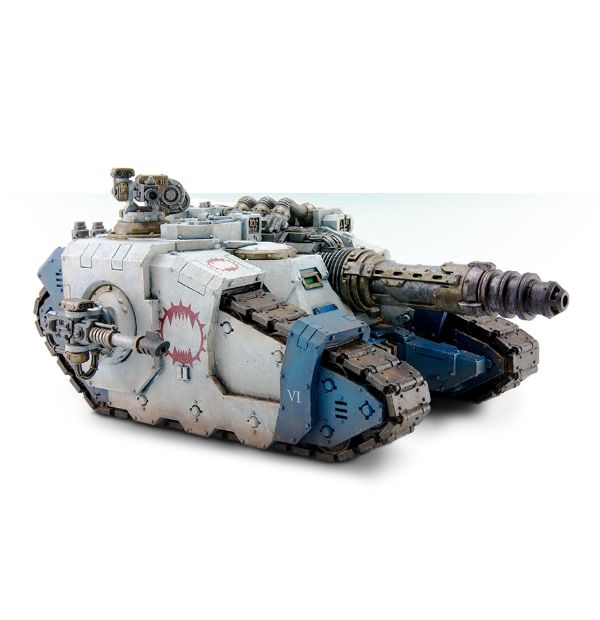 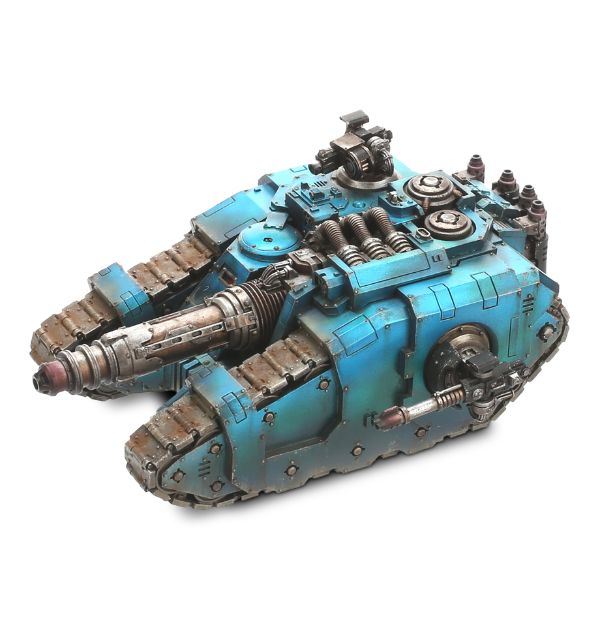 The Sicaran Venator Tank Destroyer and is exactly that! The design of this variant is very much the same as the Battle tank except the main gun being hull mounted rather the turret mounted. Again this unit is extremely easy to assemble and from all accounts, a pleasure to work with.

The Venator boasts the same stat line as the Battle Tank and is also a FAST, TANK vehicle type and starts at 190pts. It also has the same upgrades available for purchase as the BT for the exact same points.

Key differences between the two are found in its wargear and are as follows:


Where the Battle tank is effective against both infantry and vehicles, the Venator is predominantly used against other tanks and in the event they are in the open and able to be targeted then also Primarchs.

This is due largely to its main gun the Neutron Beam laser.
Shock Pulse - Any vehicle (including super-heavy vehicles) that suffers a Penetrating hit from a weapon with this rule may only fire snap shots on the following game turn.

Now where the BT is extremely effective against Infantry and Light vehicles, the Venator pays its way in its ability to take out heavy units such as AV14 tanks, Super Heavy tanks and on the very rare occasion, whittle down Primarchs.

It's high strength and low AP for starters is very solid and when you factor in the 2xD6 (choosing the highest) for armour penatration it makes even Sparatans and Super heavies achievable targets. The icing on the cake for these shots is that once penetrated, if the enemy tank hasn't been destroyed it will only be snap firing next turn.

Again, like the Battle Tank, the Venator has the FAST rule making the 36" range on the main gun fairly redundant given it can move 12" and still fire. When paired with the Battle Tank the two Sicarans serve as a very dangerous combination. Especially for CC armies as mobile cover/fire support.

Given the highly volatile nature of the Neutron Beam laser the Venator also comes with the following rule:

Dangerous Reactor Core - If an enemy unit inflicts a Penetrating hit on the Sicaran Venator, then they may re-roll results of a 1 on the Vehicle Damage table. In addition, should it suffer and Explodes! result, add +D3" to the explosion's radius.
Whilst not a game changer it does make the Venator slightly more prone to being destroyed than its 135pt counterpart.

Another thing that's certainly worth keeping in mind is you can take two Venators for 15pts less than the Cerberus which gives you a guaranteed 4 shots over the variable D3 offered by the Cerberus. You do lose some armour and also some range (which doesn't matter anyway) but you get to keep your LoW slot open and pack a bit more heat!

In summery I think it's fair to say that these guys are worth every point, some even think they are under costed but I for one do not agree. Despite being very effective they are only 13,12,12 and against Heavy weapons teams, Legion support squads and other Sicarans and so on, still have their limitations. Still, I'll always run at least one variant!

Thanks heaps for stopping by guys and please feel free to comment on your experiences with and against the Sicaran!

*** Photos of the Sicaran Venator were taken from the Forge World website and are not the work of any member of A Galaxy in Flames.