Getting To Know Your Graviton

Macca here, and today we are talking tactics. I recently took a battery of 3 graviton rapiers to the 2500 point Inferno III tournament. I was rolling a solid 6/10 list, as follows:

Heavy
Deredeo
5 Iron Havocs with Autocannons and an Augery Scanner

The list is on foot. It's slow. It has no real close combat muscle. It has no meltaguns, no plasmaguns, not a single fast attack unit. Yet for game after game the list held its own. Why?

Gravitons. (ok, and siege tyrants, but the tyrants rarely got their points back, the rapiers however killed 2 Sicarians, a Cerberus with Castraman Orth and a Spartan in one game alone.) 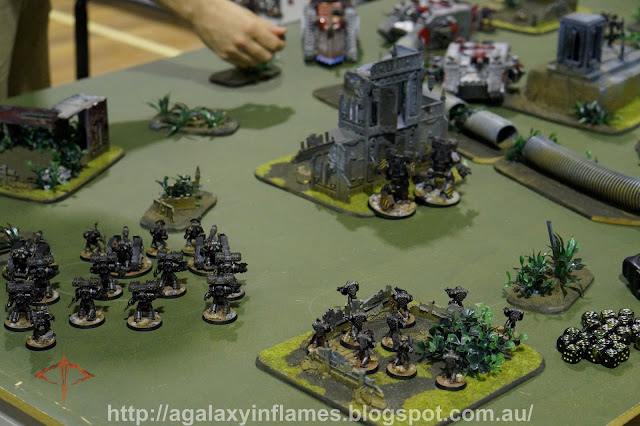 The trick with Graviton Rapiers is to place them in a position where they can dominate the enemy in the first 2-3 turns. The units you want to take out are their armoured assets, and damn are these good at that. I also had Gravitons on the dreadnoughts, but they are more situational, so I will be focussing on the rapiers. 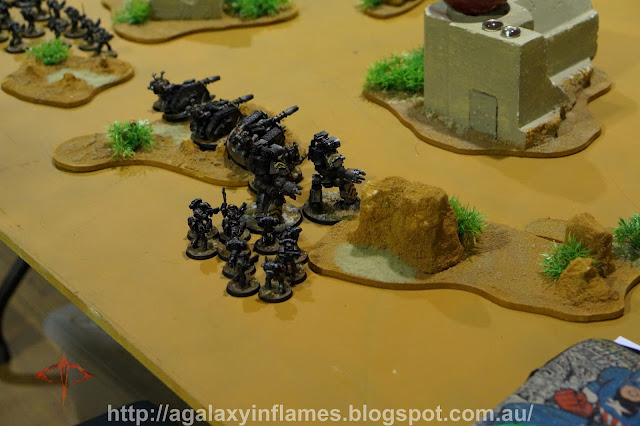 The Graviton Rapier mounts a Graviton Cannon, a 36" ranged, S- AP4 Large Blast. It is haywire, always wounds a target if they fail their toughness test. Sound a bit boring? Well, it leaves an area of difficult AND dangerous terrain in play in the turn after it has fired, and this is the gold dust.

When fired at a group of tanks, it tends to scatter. Poor Nate had a carpark with 2 Sicarians and a Predator in our game in a single confined area, and the rapiers, with scatter, managed to kill both Sicarians and to punish the Predator. This is the average performance of these fearsome weapons. The best part is, if a vehicle does survive, it has to make a dangerous terrain move next turn, potentially damaging it, and this is fantastic for killing transports.

I can hear you all now, "what about flare shielded Spartans rolling a squad of Red Butchers and Angron?"

What about them? Flare shields don't affect haywire, the Spartan still has to go through the terrain patch left after firing and generally they never survive more than 2 salvos from the Gravitons, if they are lucky. What do you do however once the squad disembarks? You have no armour left to kill, and AP4 toughness test graviton won't kill terminators?

Why, little Billy, you shoot them anyway. Make their slow Cataphractii 'cannot run' asses wade through difficult terrain for 3 turns to get to you. Angron leaves the unit and runs at you solo? Even better, you can focus on just him now.

That's how you use graviton. You use it strategically. 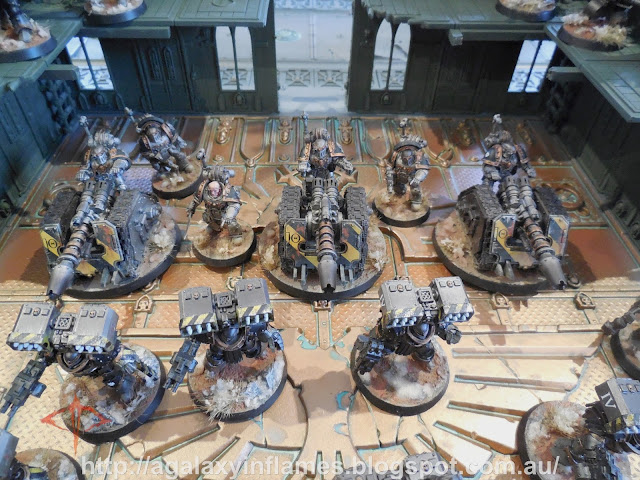 Got trouble with the Mechanicum? Well, if they are rolling constructs, the haywire attacks cause a subsequent wound on any cortex units on a roll of a 6. It's not much, but it's a potential extra wound. You fighting Imperial Militia? Who cares, Large blast, AP 4, going to wound on 4's and leave them in dangerous terrain, what's not to love? 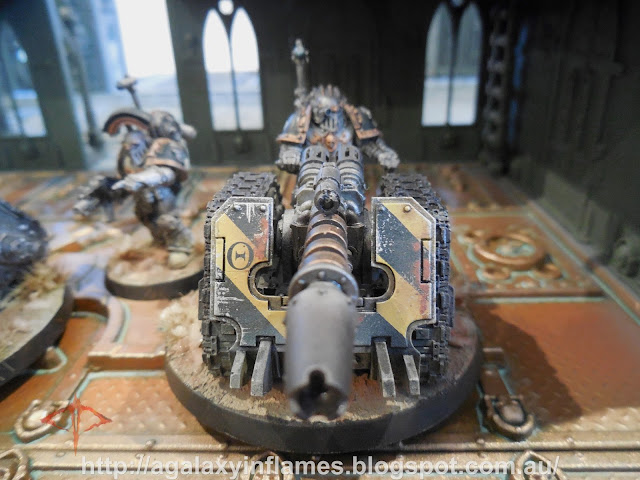 Against Superheavies like knights, these guns also rock. The poor player I faced in round 1 copped 3 of these and had to divert his shield to that arc. As soon as he did that, he had now opened up the other 3 arcs on the knight to my remaining firepower (which was quite considerable). When Nate took a run at these guys with his Castraman Orth pimped Cerberus Super Heavy, he found that even the Neutron laser and Lascannons combined were having trouble killing these Toughness 7 platforms in cover. Two turns was all it took for these guns to turn the pride of his army into a massive explosion. 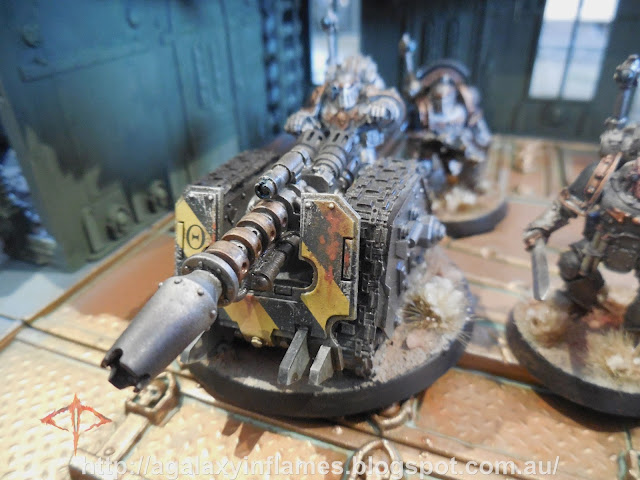 In summary: WHY AREN'T YOU USING GRAVITON RAPIERS? YOU ARE HERE TO TALK HOBBY AND WIN GAMES, AND RIGHT NOW YOU ARE DONE TALKING HOBBY!

Seriously, if you're Iron Hands, you're immune to bolter fire. If you're Alpha Legion... who the hell knows what you can do, something shadey that's for sure. If you're rocking these things, you can do a LOT of damage. Even if you don't take them with Grav, take them with Heavy Bolters for insane Imperial Fists accuracy, or Iron Warriors with a crapton of pinning. (Seriously tho, take grav)