So, as promised, here is the second battle report from Inferno III, this time between the Iron Warriors, and Age of Darkness' Nate. This was the 3rd and final game, and despite having known each other for years, it was the first game we ever played against one another.

The setup was simple, Dawn of War deployment, kill points, 2VP per infantry unit, 1VP per vehicle, with the standard secondaries, as well as bonus VP's for the player with the most units left alive at the end of the game. Nate won the deployment, however, his Force Org chart forced him to take second turn, so no seize roll was required. 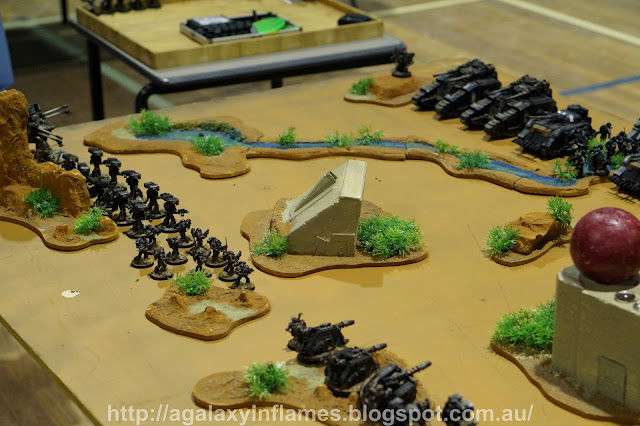 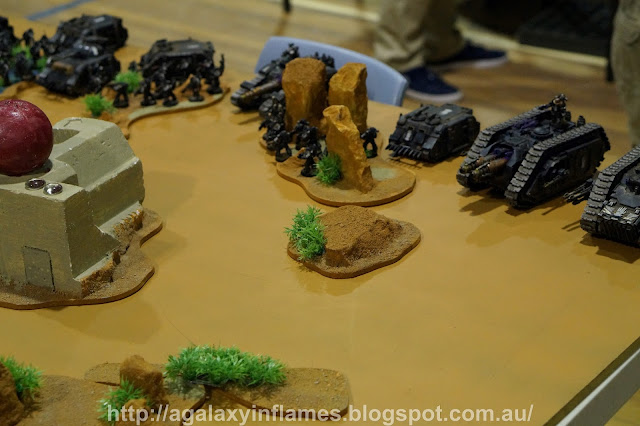 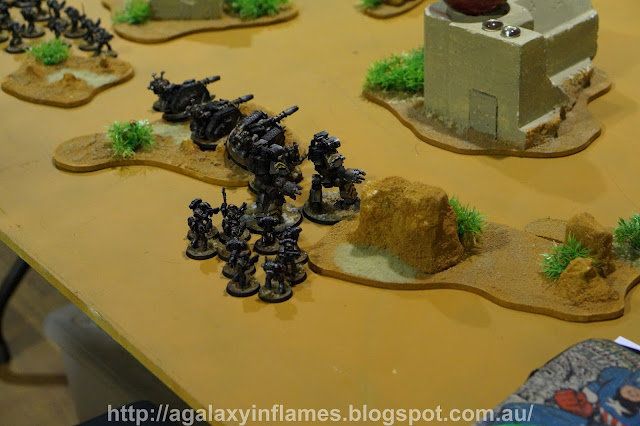 Due to a lack of enclosed tables, we played on a relatively open table. With the Iron Warriors on the offensive, poor Nate proceeded to be violated, repeatedly, and without lube. The Graviton Cannon Rapier battery proved throughout the tournament to be an ungodly powerful AT platform. Once combined with the Tyrants and the Deredeo, well, turn one saw the loss of 2 Sicarians and 2 hull points from a Predator before Nate even could retaliate. 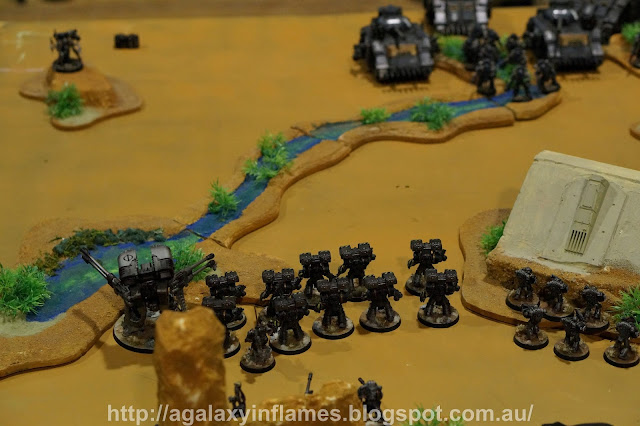 Nate's turn one consisted of moving his remaining armour into positions where he could draw a good LOS to my RAPEier batteries (no political correctness here, these guns were committing a crime), as well as crying into a small cup as half of his firepower was already dead.

He fired his Cerberus Super Heavy (crewed by Castramen Orth!) into the Contemptors, and where possible, any spare shots were channeled into the Rapiers. 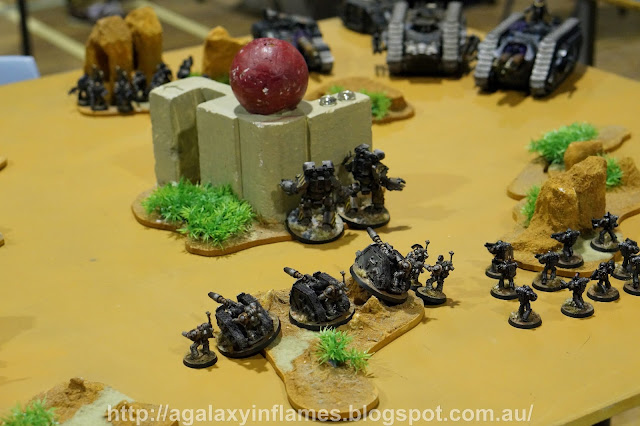 Turn 2 for the Iron Warriors saw a full 5-model Vorax unit led by a praevian, all with tank hunter, move on from the right flank. The Gravitons finished off almost all of the armour on the left flank before proceeding to swivel towards the right flank as the Tyrants advanced (spewing an ungodly amount of frag missiles all the while).

Turn 2 for Nate saw him trying to kill the Graviton cannon rapiers, as well as targeting the Vorax with whatever shooting he had, backed by a Gorgon Terminator charge. 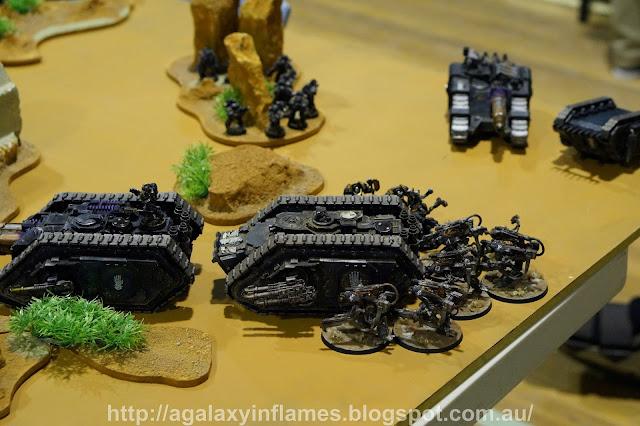 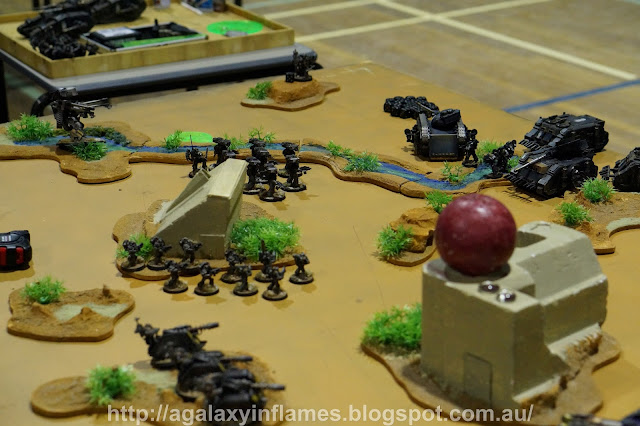 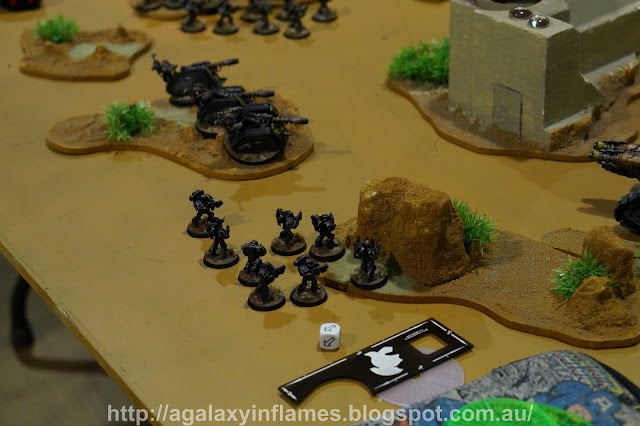 Sadly, as turn 2 was ending, the Gorgons charged the Vorax, and despite having to make only 5 invuls, Nate managed to fail all 5 in an excellent display of dice rolling (Danny and I have begged him to burn those dice numerous times), meaning that the Gorgons died without causing any damage. 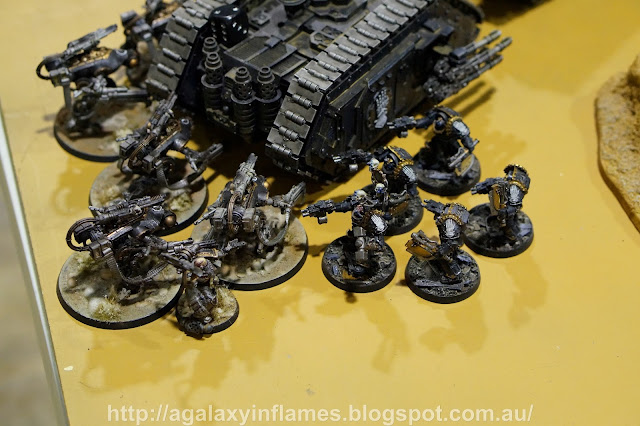 Turn 3 saw the Vorax take out the Spartan, and the Gravitons destroyed Orth's superheavy, which ironically blew up and killed 7 out of 10 members of one of the Iron Warriors tac squads and netting Nate more kills in that explosion than in the whole match thus far... For Nate's turn 3, he tried to shoot down the Vorax and repositioned his Sicarian Venator to shoot the Tyrants, as well as castling up with his surviving armour. 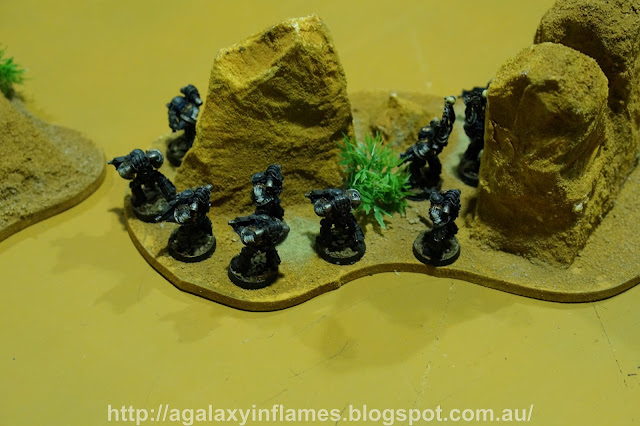 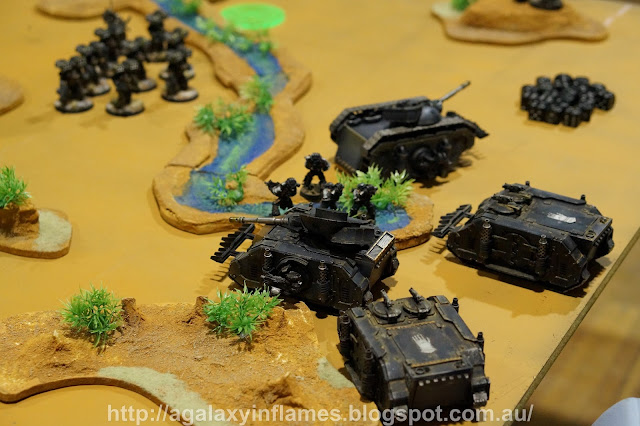 By turn 4, the Iron Warrior Siege Tyrants had reached the back lines, and it was all but over. The rest of turn 4 and 5 was spent mopping up the remaining Iron Hands and taking the last hull points off the Sicarian Venator. 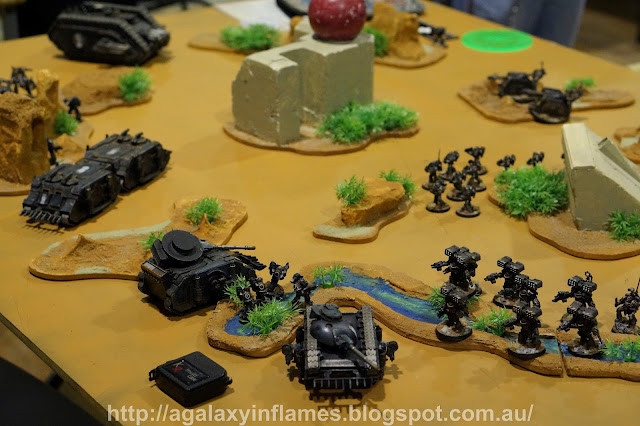 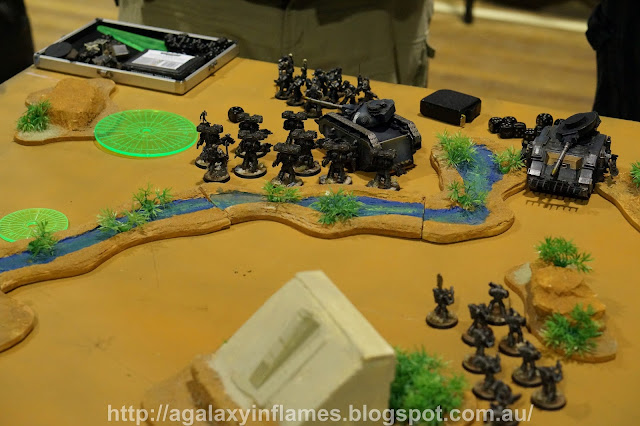 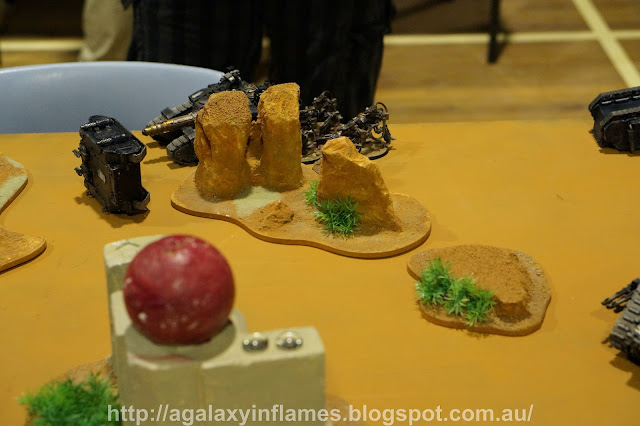 We joked at the time that I would have to censor every photo of the game as the images were 'too graphic' to be shown. This was the unfortunate result of matching up a defensive anti-tank force (Iron Warriors) against a mechanised armoured company. I for one blame the Loyalist General for the match up, Tim from the Eye of Horus!

All of this aside, Nate and I had a good laugh, and it was a really relaxed game, we basically knew after turn one that it was over so we weren't playing for sheep stations. It was one of those games where we just let the other player tally up the wounds on their own units from blast templates, and overall we mostly just sat around all game talking smack. It's a shame that we couldn't play on a table which had a far more dense terrain setup, however being assigned our game late in the round meant all the tables were taken which we wanted. On the bright side, this has lead to four days of the traitors making jokes about loyalist tears, with Danny managing to make loyalist after loyalist cry for 3 tournaments (ask him about his "Toughness zero list", go on, I dare you). Also, I got a lift to the event with Nate, so needless to say, I wasn't offered a lift home :P

Thanks for the game Nate, next time out, we'll make it a balanced one. 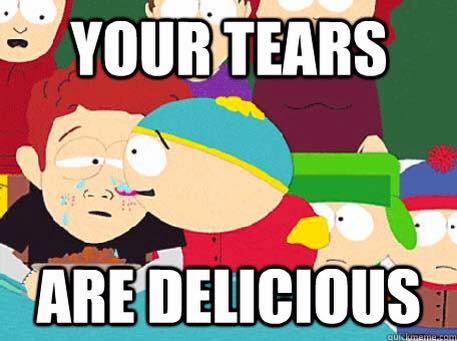