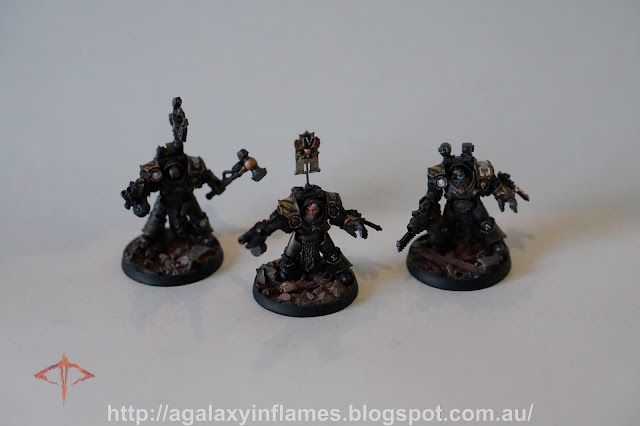 Not many photos here, as he is the most simple conversion, simply a Grave Warden with a head swap and a vexillia. 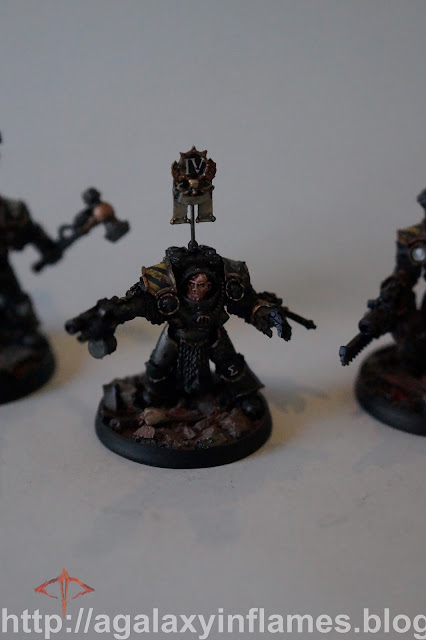 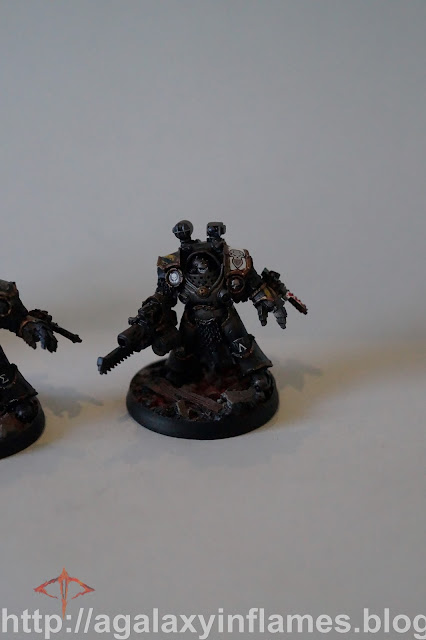 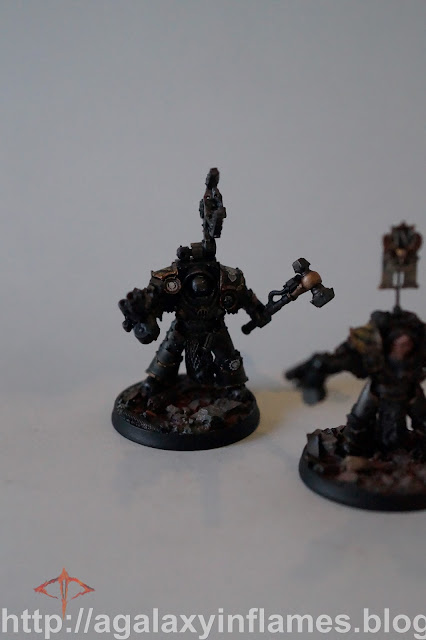 This guy was a little more effort. Apothecary lights and sensors were glued onto his torso, and his weapon is a conversion of the grenade launcher, combining a melta and bolter together for a combi-melta combination. 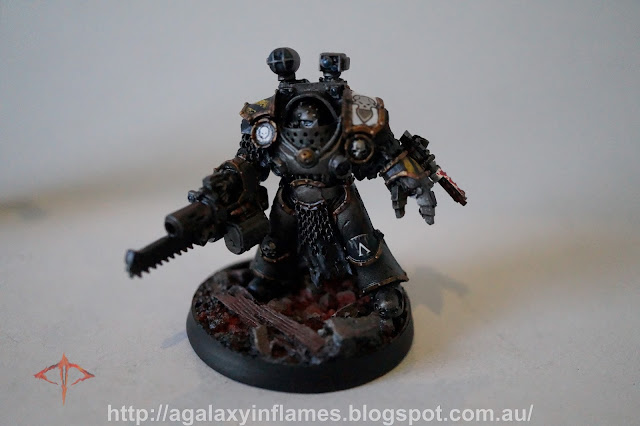 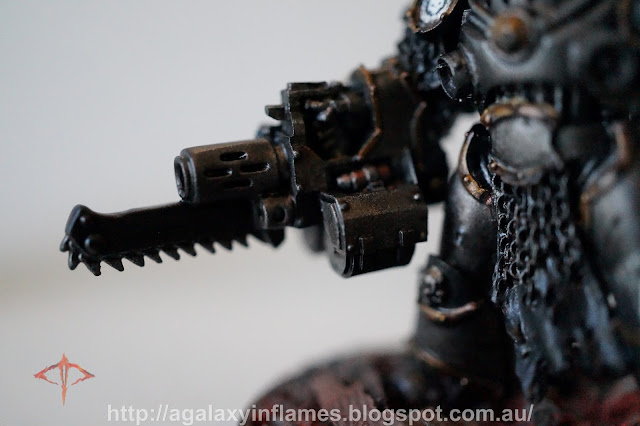 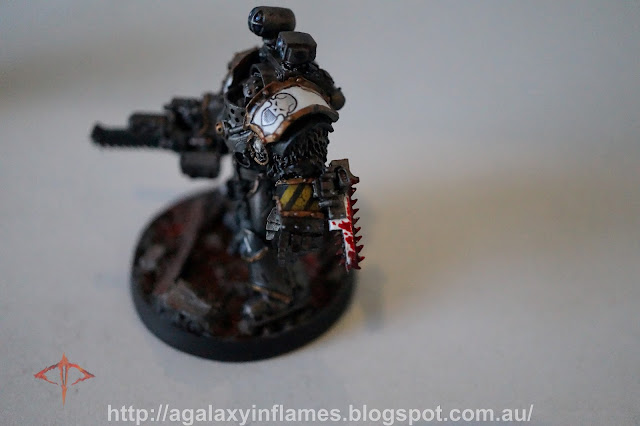 The most fun of the three, this guy is a combination of a little Forge Lord, Siege Breaker, Warsmith, Praetor, Champion, Consul etc. This is my Jack-of-all-trades character, something I can use in multiple lists. 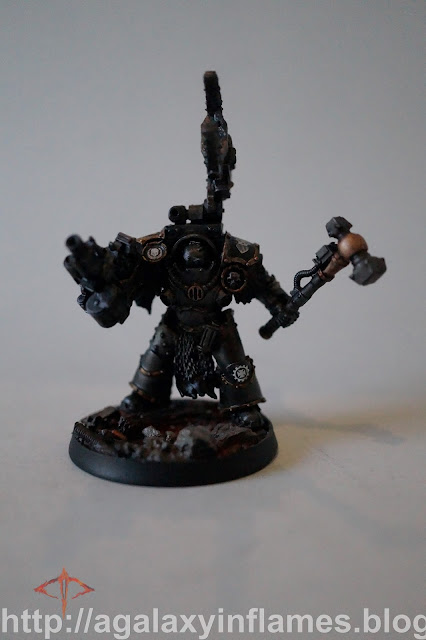 Befitting his stature and techno-prowess, I elected to modify the grenade launcher arm in a different way, combining a melta into it, and adding a small augery scanner (just above the hand). He has a large servo arm on his back, as well as a single frag assault launcher. 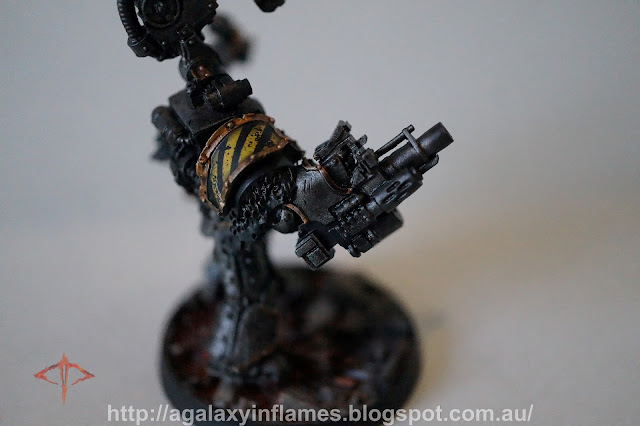 So there they are, three HQ's. The choice to go with more Cataphractii is in response to a few things:

-My previous force, the defensive siege force was too dominant in the ranged game, reducing the entire tournament I played in to a shooting game, I felt like dirty Tau.

-I have little to no effective Zone Mortalis forces. Can't defend the Contrador with MK IV armour!

-I lacked mobility. The one situation where my shooting failed was when Michael from the Eye of Horus backed away with the Relic hidden inside his Spartan. I had to cross the battlefield to grab it, I couldn't just shoot both the Spartan AND the Stone Gaunlet Breachers with Feel No Pain to death. I needed strong assault options to do it.

So, here I am. I hope you enjoy these quick snaps.