Hey folks, Macca here, and today is something quite different to the recent posts about Legion vs Legion, and how Games Workshop is a few cans short of a 6-pack. Today I'm showing off my recently repainted Great Unclean One. I simply love this miniature, it's one where Forge World captured the feel spectacularly. 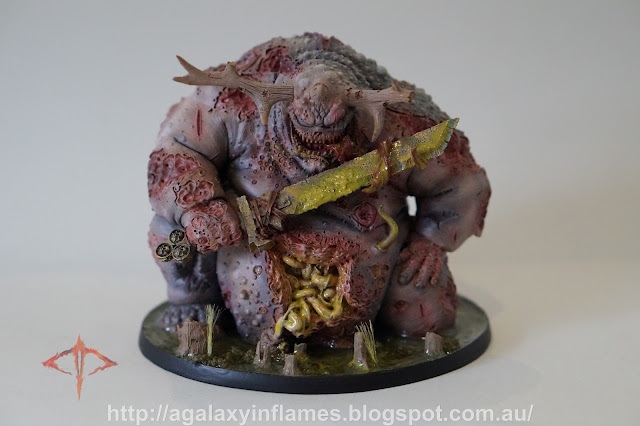 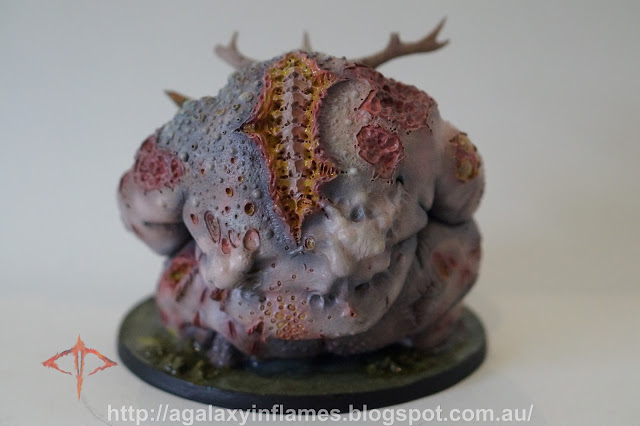 The key element in painting this guy was corpses. When I originally painted him, he was more of a brown skin tone, and in hindsight, I needed to go pale, we're talking Twilight pale but without sucking as hard as Twilight. Also, being Nurgle, I wanted to use slime all over the place, to really add to that corrupt feeling. Slime in the mouth, in the large gaping wounds, slime on the sword, in his boils, mmmmmmm yeah, that's ma' Nurgul! 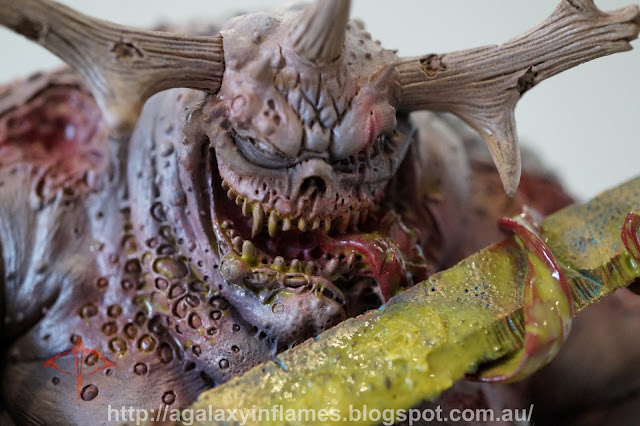 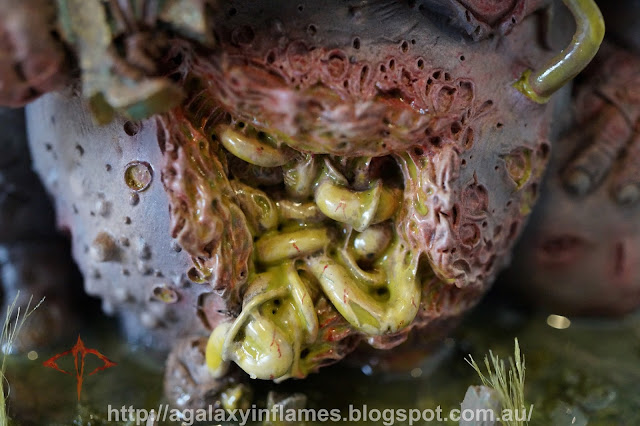 The boils are designed to look like they would on a real person, large and weeping over red blistered flesh. The flesh itself if bruised and swollen around the wounds, whilst it's dark and filthy around his flab rolls, with blues used to great effect. 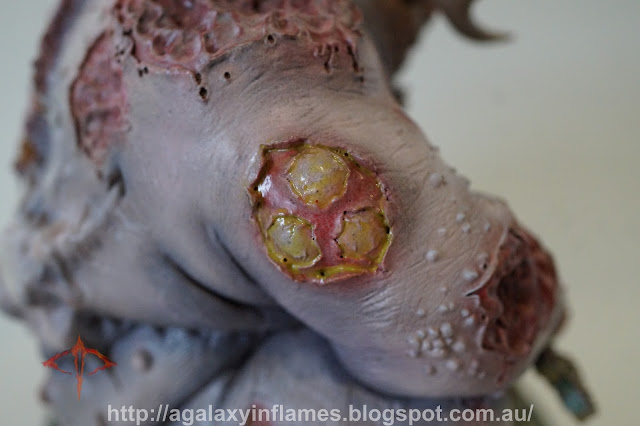 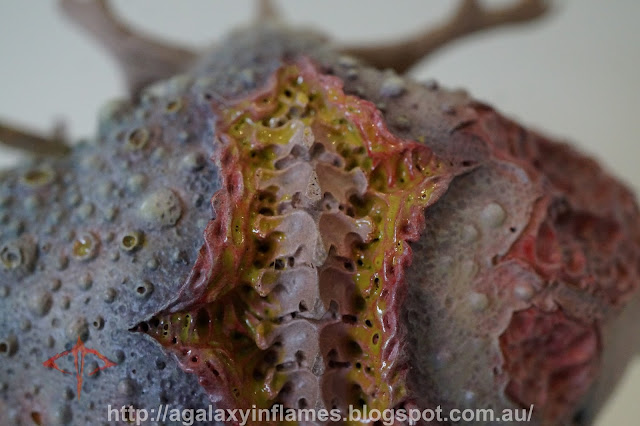 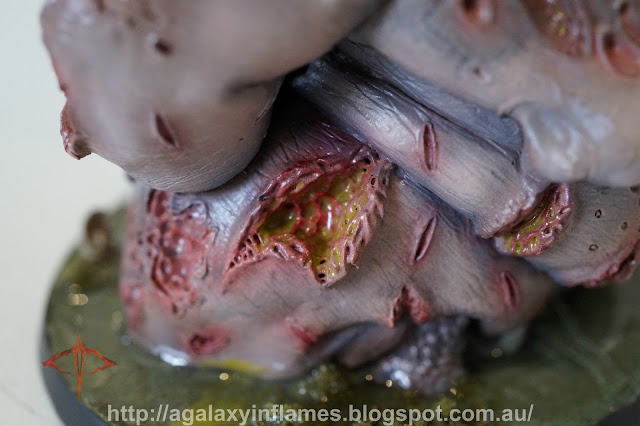 His actual eyes are a flat white. This is to represent the decayed, cataract  look of an old corpse. Disgusting stuff, but I feel it works. 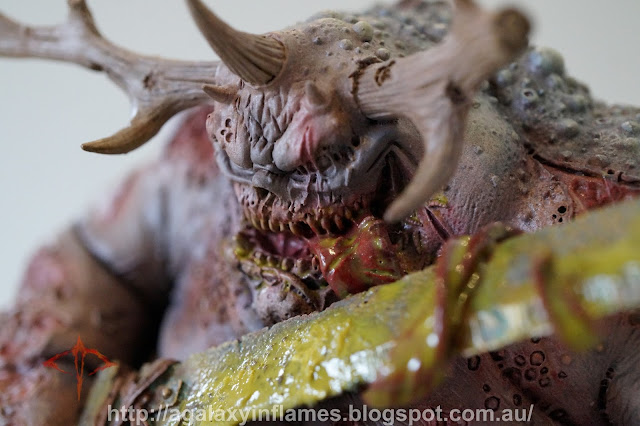 Nurgles rot anyone? I'm gonna go with poisoned attack here, just got a feeling on it.... 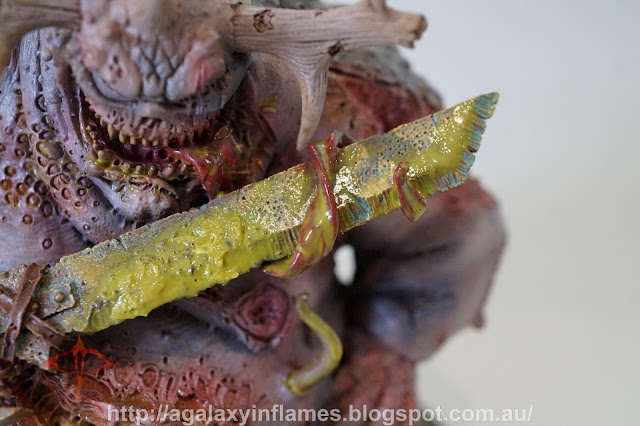 The base itself is a Secret Weapon swamp base, embellished with their kit for it. It's hard to see in the pictures as the body of the Daemon creates a lot of shadow over it, but the water is about 2mm deep, with swirls of his Daemonic slime coiling throughout. 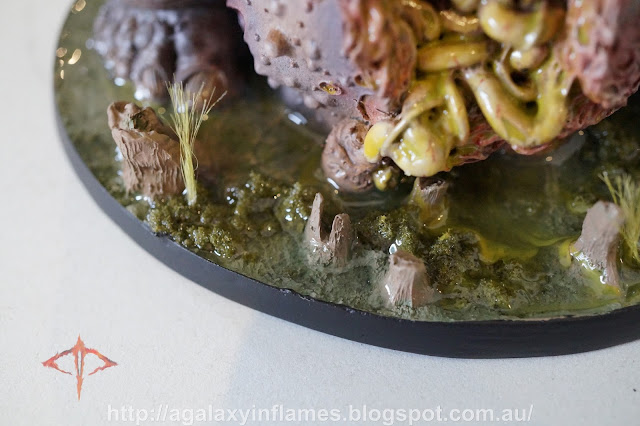 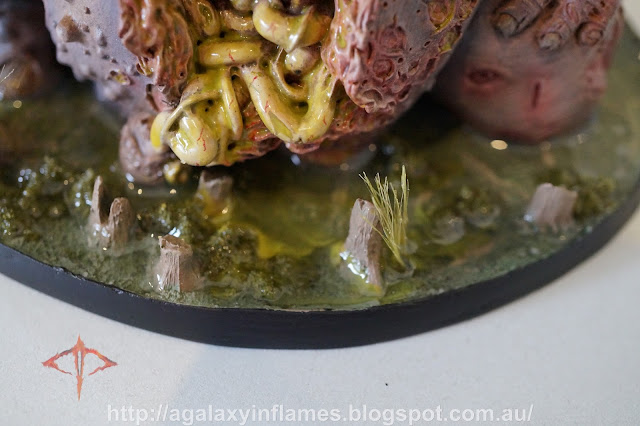 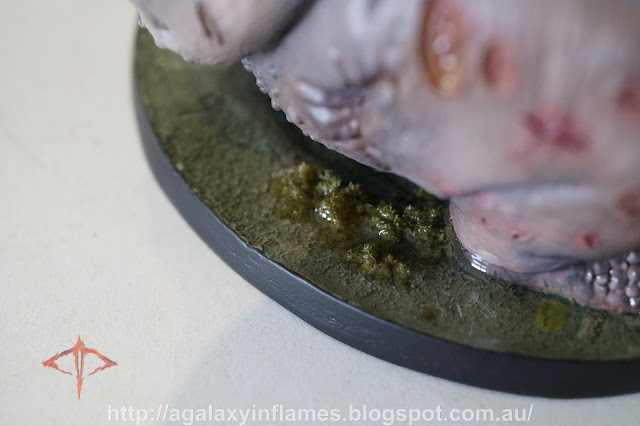 Overall, this was a fun project as I got to paint something that wasn't power armour for the first time in a long, long time. It was fast too, only taking me a few hours one night, and it now gives me a fun model I can use in the Calth missions from Book V: Tempest.