It has been so long that i had forgotten how to use a paint brush, but life has taken some turns for me and i am able to hobby again. So where i left off about a year ago i had a few pics of the very initial stages of painting for a vanguard company of imperial fists. This company was gonna be all about breachers and armour using the Stone Gauntlet Rite of War.

So with a local fun tournament just over the horizon run by the guys at A Traitors Hand, I've pulled my finger out and got back to putting some more paint on these guys. Here are a few pics of my recent progress 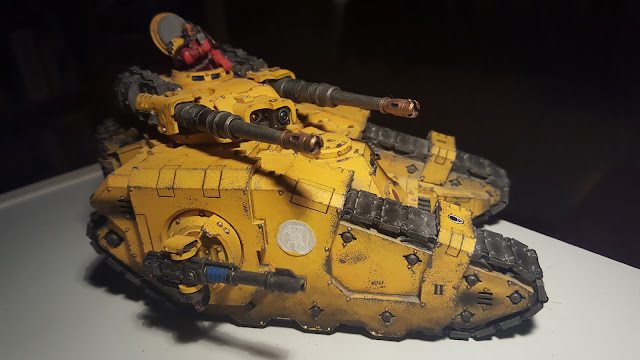 The good trusty Sicarian. This bad boy has been so reliable in my games that whenever i'm writing a list, this guy is on the books before i even consider troops. 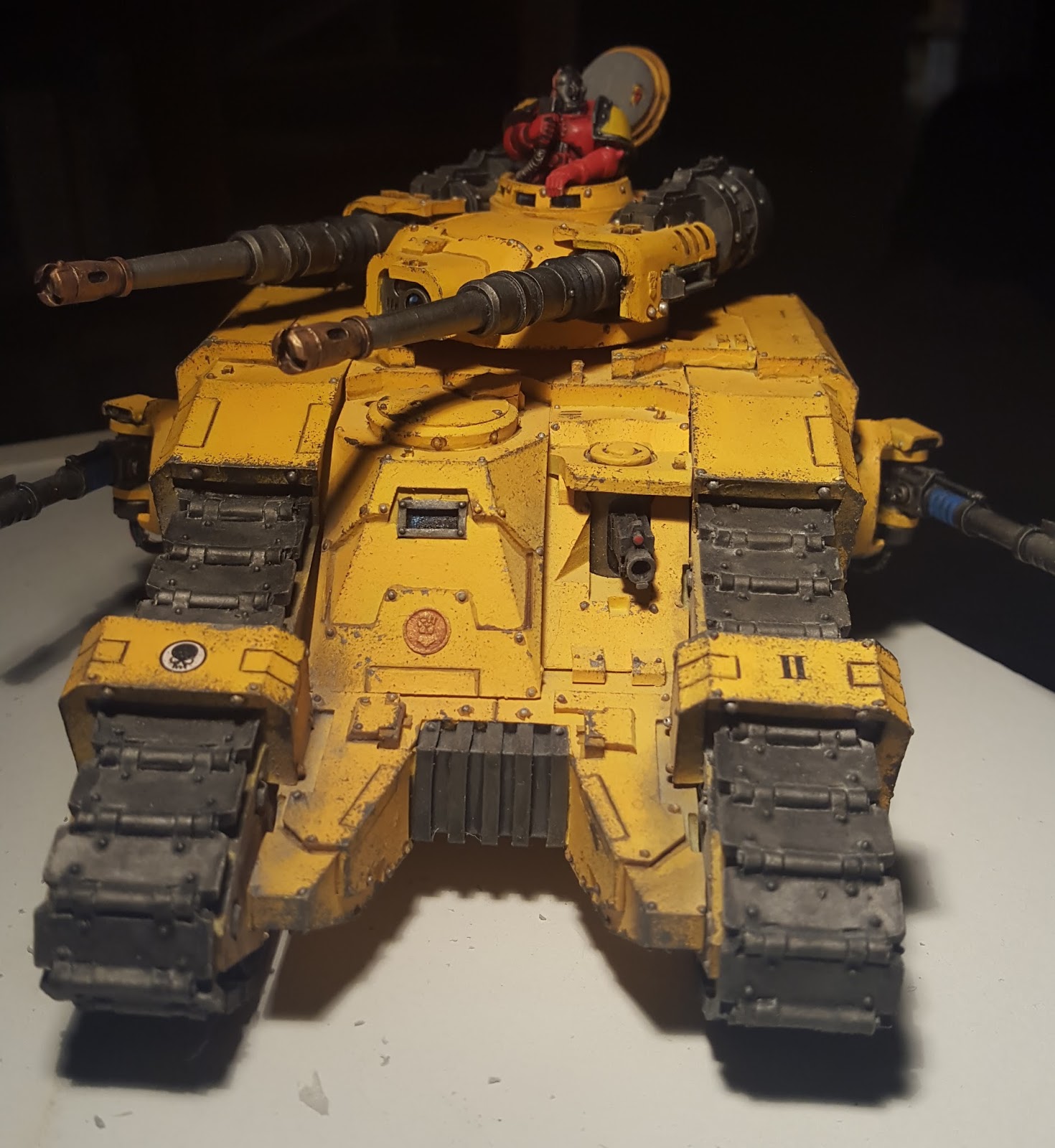 I'm nearly finished with just a few touch ups and repairs to do from where i got over zealous with some etched brass. Imperial Fists are dour, serious sorts and not prone to frippery and decorations all over their armour so i toned it down to make it look more.....practical. I'm always about the little details. 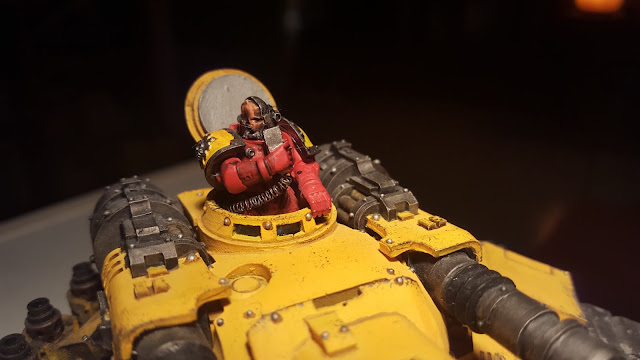 In terms of little detail, i have the finer touches of the head techmarine, commanding the companies armour from on top of the sicarian, to finish. A few final details, air brushing some lighting effects on the las cannon coils and some weathering and the Sicarian will be finished 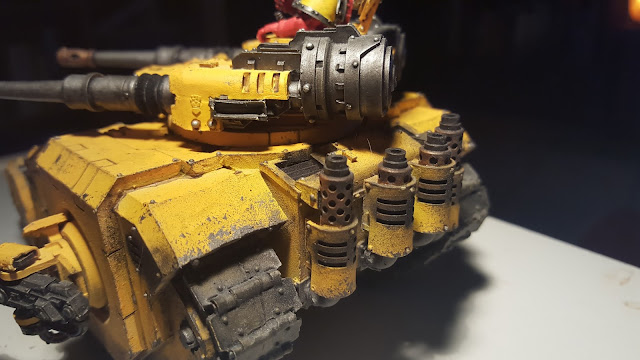 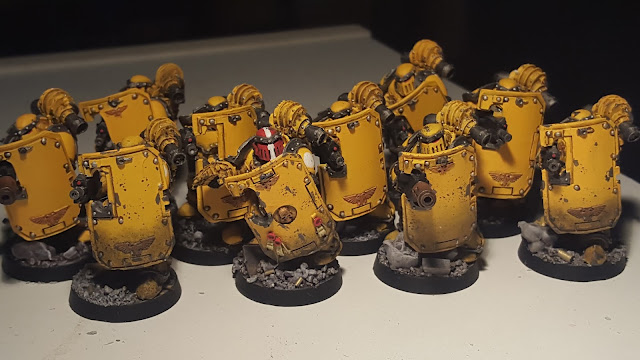 My first breacher squad. These guys are the anvil of my force. I intend to run apothecaries with them for extra durability. I've almost finished the first squad with just some finer details and weathering to go. I'm weathering everything in greys and browns, trying to give the look of the marines trudging through blasted and shattered concrete and defenses. 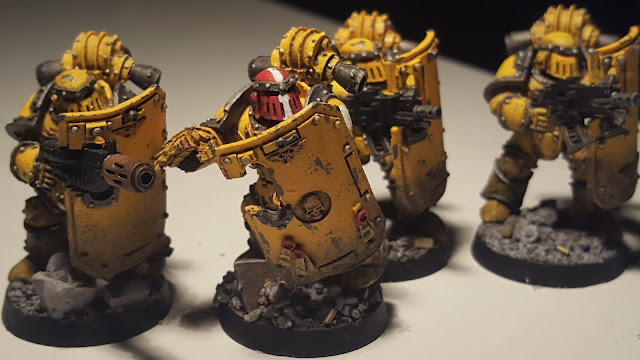 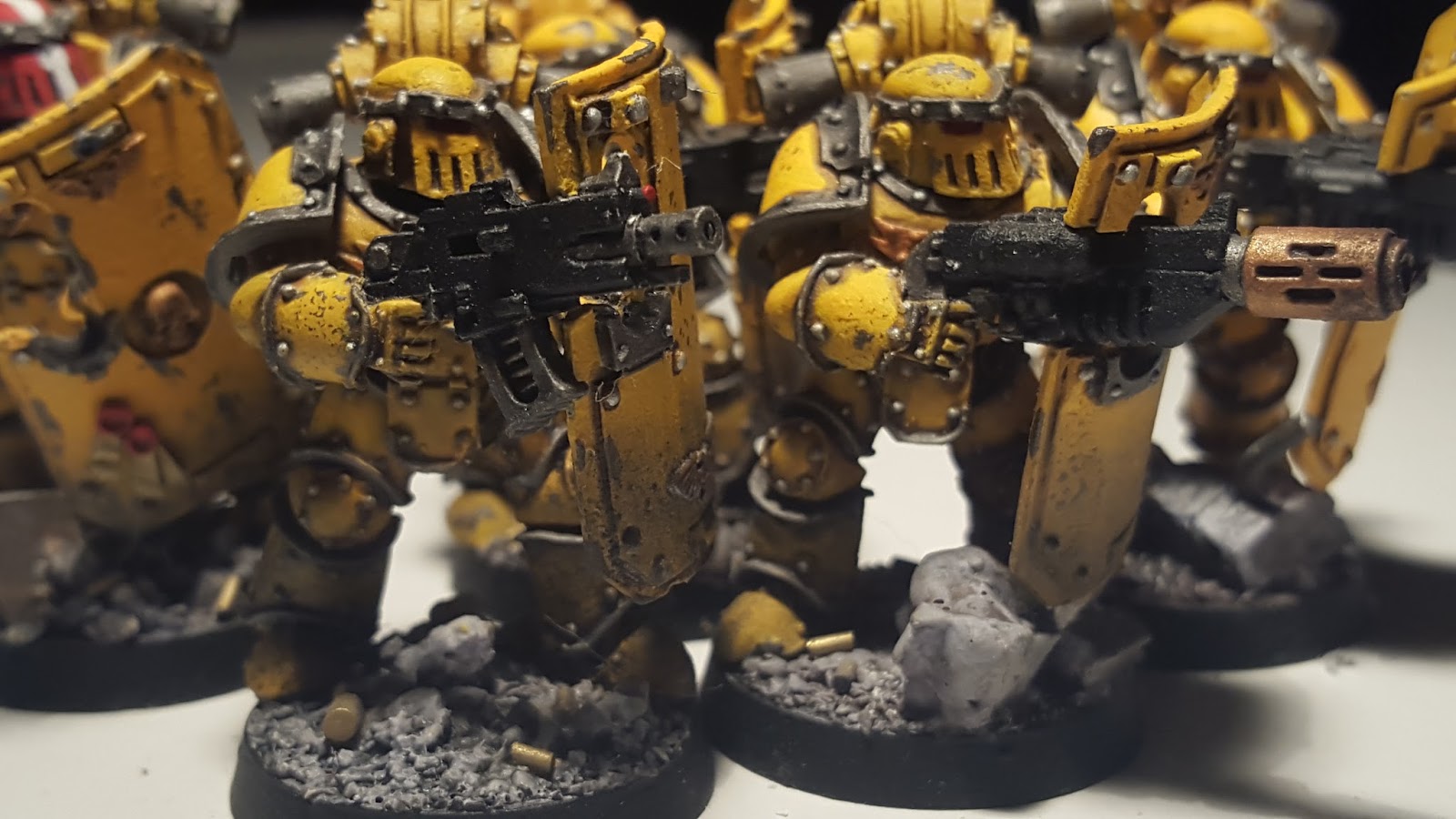 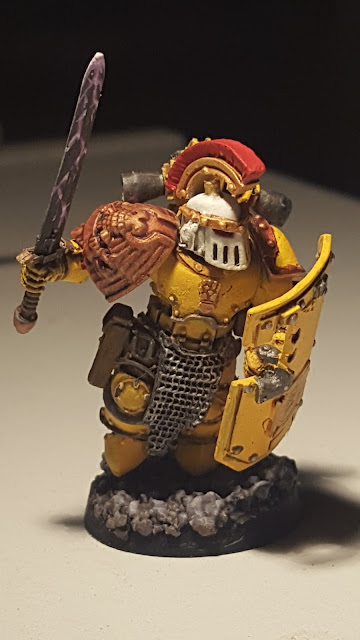 The praetor is armed with a paragon blade. I've done lame purple lightning effect on it but it just doesn't seem enough for me. Pretty sure i will change it later. I added a chain skirt and some iconography and greenstuffed a holstered pistol strapped to his thigh. This guy is about 80% finished and i am thinking of putting him on a 30mm base to give him a little more of a presence.

Nothing like a tournament to give your painting purpose!!!
Posted by Spraggy at 23:01