Macca here, and today I want to talk about the Iron Warriors and their Rite of War, The Hammer of Olympia. I will preface this by saying that this is one of the BEST Rites of War, as the negatives are almost all positives.

So, where do I begin?

These rules are HUGE. The ability to ignore morale from shooting casualties and re-roll pinning makes the Iron Warriors formidable at holding objectives. Nothing short of their annihilation will move them off an objective. At Inferno III, one tactical squad suffered the sustained firepower of half a mechanicum force and endured for 3 turns on top of an objective in cover, scoring me precious Victory Points. 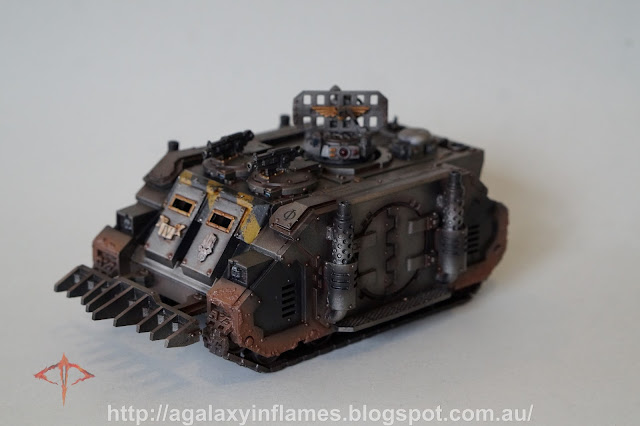 Warsmith: A free Praetor upgrade that forces him to be the Warlord if Perturabo isn't around and gives an extra VP if slain. In exchange, it gains Stubborn and gives up a Warlord trait for Shatter Defenses (lower a chosen terrain piece's cover save by 1). Can't use a Jump pack, Bike or Jetbike, but can be upgraded with Battlesmith + Servo-arm combo for 35 points. 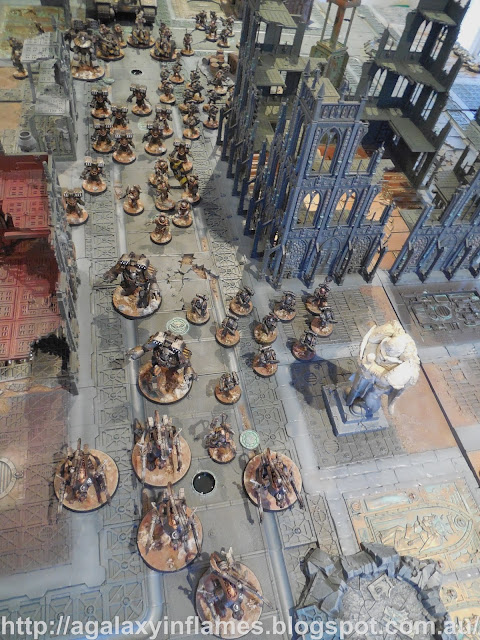 Rite of War: The Hammer of Olympia - Masters of siege warfare and attrition tactics, the Iron Warriors favour the use of murderous firepower as their principal agency of war, and are renowned for their use of heavy armour and fortifications, spurning vainglorious ideals of personal combat and valour for the brutal determiation to achieve victory by any means necessary. this culminated in tactical formations such as that which became known as the Hammer of Olympia; designed to carry out an unyielding close range attack and shatter the strongest enemy defence line under a weight of armoured warriors and hurricane of fire. 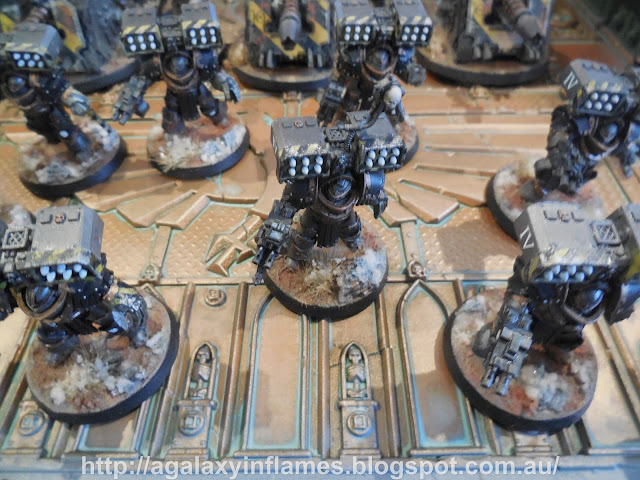 So, you know you want to take an army big on firepower. Naturally, since you lack in melee, (except against buildings, seriously, melta bombs with wrecker is PLUS THREE to damage against fortifications!) you want to exploit your superior firepower to Tau like levels. I suggest using a unit of Siege Tyrants with a Siege Breaker attached, for maximum effectiveness, and two units of rapiers; one with graviton cannons and one with heavy bolters running shrapnel bolts. the idea here is simple, Grav Rapiers will screw any vehicle, and the leftover difficult/dangerous patch will bog down heavy infantry (especially Cataphractii type units who cannot run), the Tyrants will mince anything weaker than a Knight Titan, and the Heavy Bolters will fire 24 twin-linked S5 AP5 shots per turn with PINNING. You're a fool if you don't use that in an era with little pinning defence. (not good against Mechanicum or Death Guard, but, meh, chose your battles my young grasshopper, that's why you have Tyrants and 4 heavy choices...) 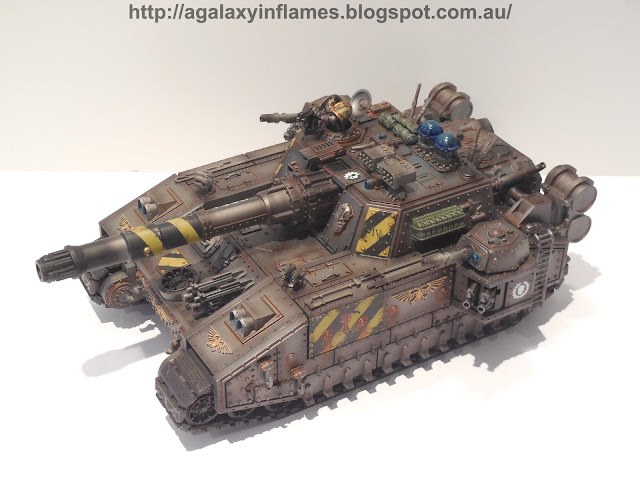 Which brings me to my next point... Heavy Support. I have suggestions, and they are:

-Predator Squadron with plasma exterminators, for killing heavy infantry,
-Sicarian Battle Tanks, for modest anti-air and excellent anti-skimmer and light armour destruction,
-Sicarian Venators, for when you really REALLY want to kill enemy armour (do note, don't use lascannon sponsons, since the main gun is ordnance, you're better off taking heavy bolters, which instead of two snap-fire lascannons will give you 3 separate heavy bolters if enemy infantry are too close. Bonus points for selecting Shrapnel Bolts for pinning),
-Deredeo, because there is NOTHING better for Anti-Air. (In a pinch, take one with an Atomantic Pavise and stick him with your Siege Tyrants giving them a 2+3++ invul save. Sure, you lose the missiles, which do wreck Rhinos and Fliers, but 2+3++ Tyrants is just pure evil);
-Legion Basilisk/Medusa Squadron. You only get one, so choose wisely.

I hear the voices in my head, "kill them all.."
Uh, no, not those voices, these ones: "Why no spartans for rushing Golg and Terminators up the table?"

Well, because our terminators aren't as strong as enemy terminators in many cases, and due to all the points you have spent on Heavy slots already, you won't be sending much up the battlefield. Instead, I suggest focusing on using your excellent firepower to get the job done. As for actually sending units up the table, Tactical Squads in Rhinos (with their free extra armour) are a great choice, and if the Primarch Perturabo is in the army, you can deep strike terminators anyway, and if your game is big enough, you can take the Tormentor, and you can add all that firepower plus the transport ability to the force. 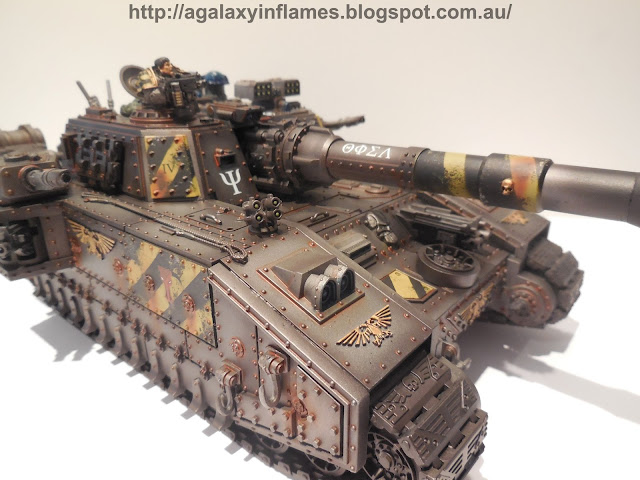 If you are taking Kyr Vhalen, you will WANT to take fortifications (he is also a Warsmith, so automatically fulfills two criteria for the Rite of War, as a Master of the Legion and a Warsmith). Kyr will give +1 ballistic skill to a unit of your choice and/or give you +1 to your cover save for one fortification. I suggest a Bastion, Bunker, Aegis Defence Line, or if you're a true bastard, a Plasma Obliterator or Void Shield array.

Really, fortifications are quite optional, but an Aegis line with +1 cover save in front of all your armour is going to make people weep, especially when they realise that they need to kill whole units off for them to no longer threaten objectives. Gotta love that 'no morale against shooting'. 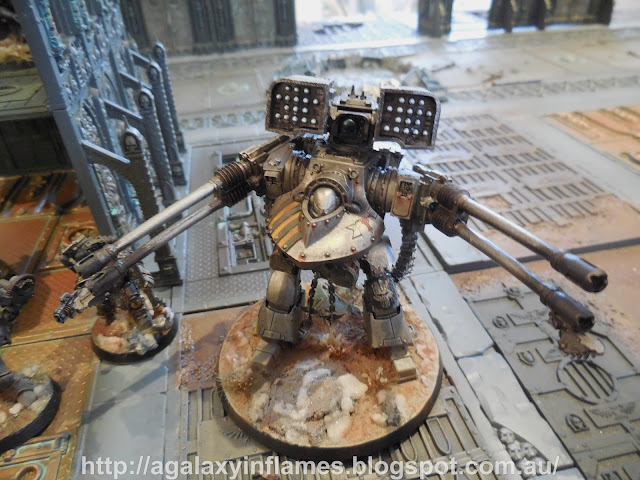 In summary, this is how to use the Rite of War: BUCKETS OF BULLETS!!!

If you want more information on the Iron Warriors in general, check out the episode I guest appeared on of the Eye of Horus Podcast here.