I was talking with Keepy about casting up some of my sculpts for gaming. I decided that as I have a few Contemptor Pattern Dreadnoughts, I should cast up some wrecked ones. I used a very simple casting of part of the hull, and put it on a base I previously sculpted. I then set about sculpting more rocks onto the base using green stuff, followed by adding grit and rock to the surface from a GW basing kit.

The Pinkysil I have used is just a 1:1 mix, and it is a viscous silicon liquid. I poured it into an old McDonalds container lid as it was the desired size, you don't want to waste this stuff as it isn't cheap. The model to be cast was then coated in a release agent and placed into the pinky. Once dried, I gently peeled it out. I then mixed my resin, and poured, time had to be taken with a toothpick to pick out air bubbles, as I am casting this on my kitchen bench where the photos have more light. 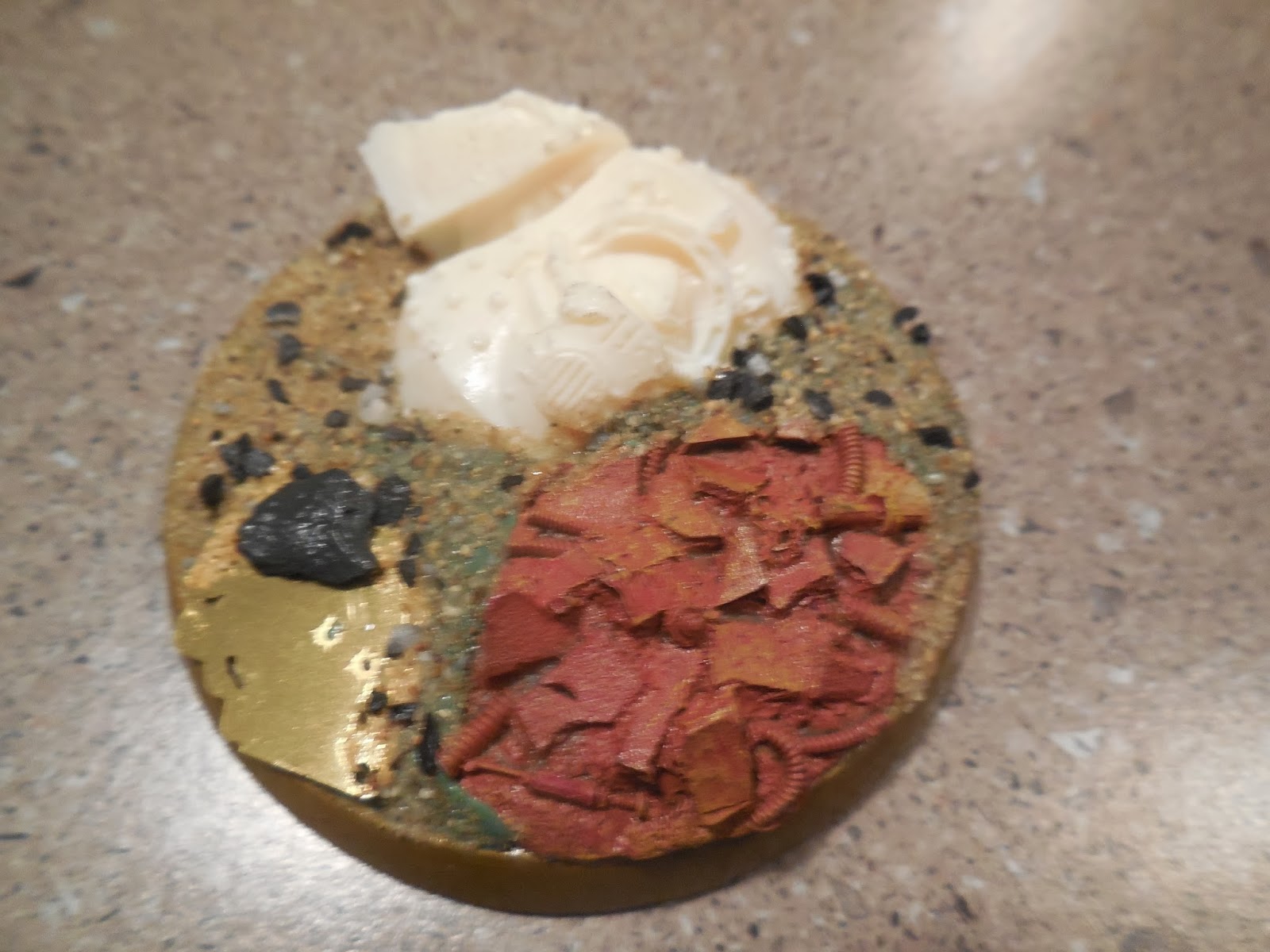 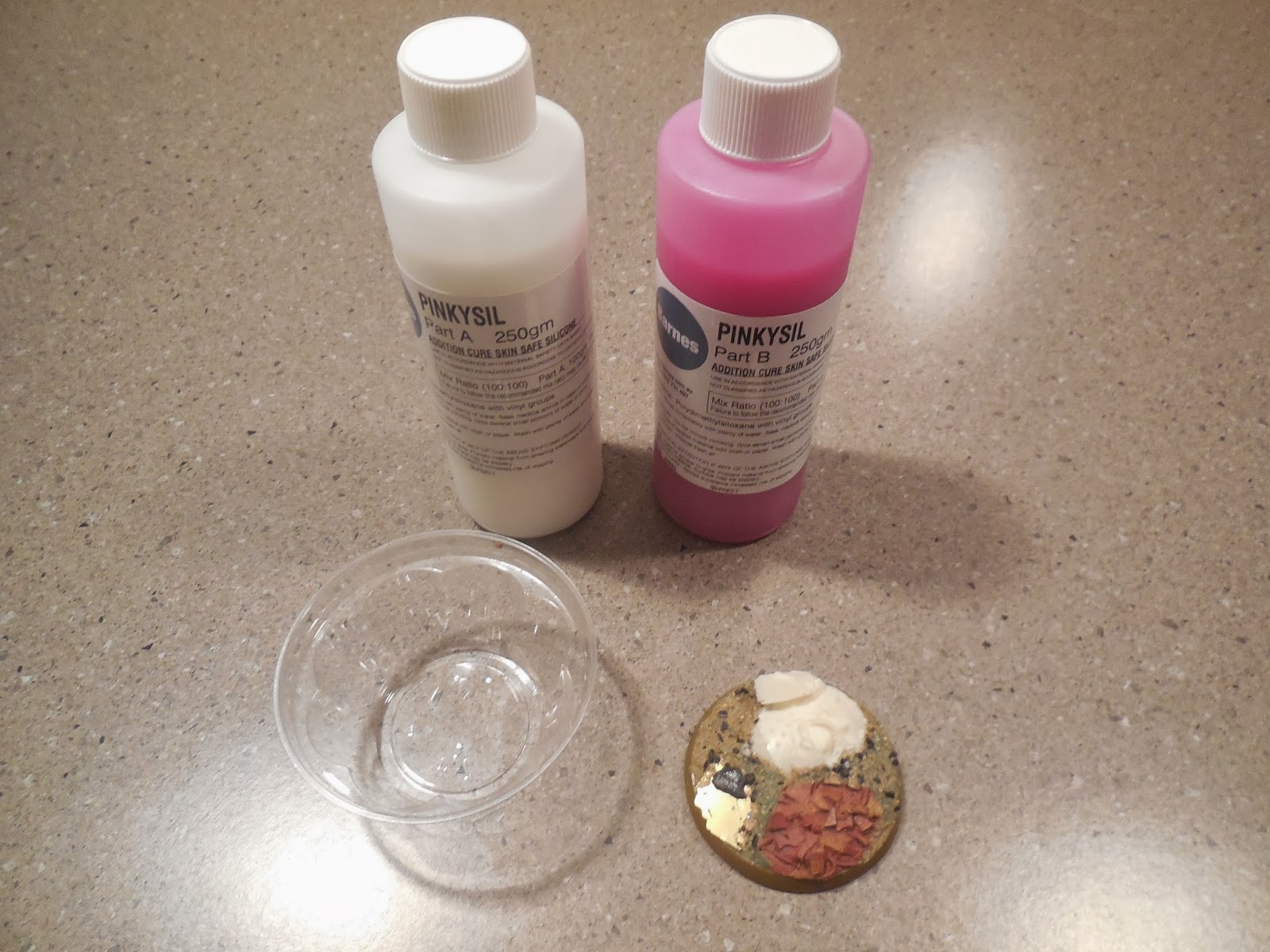 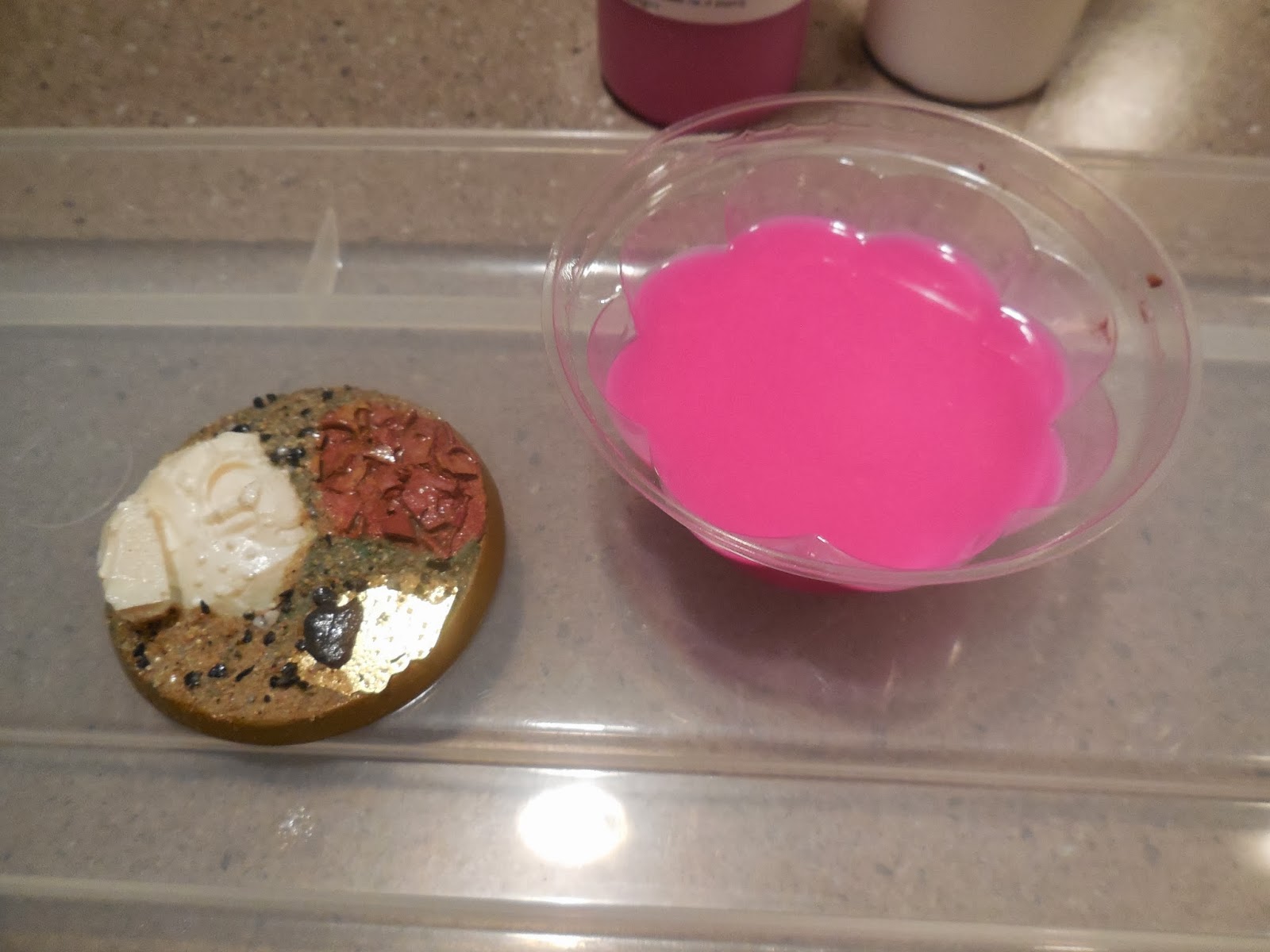 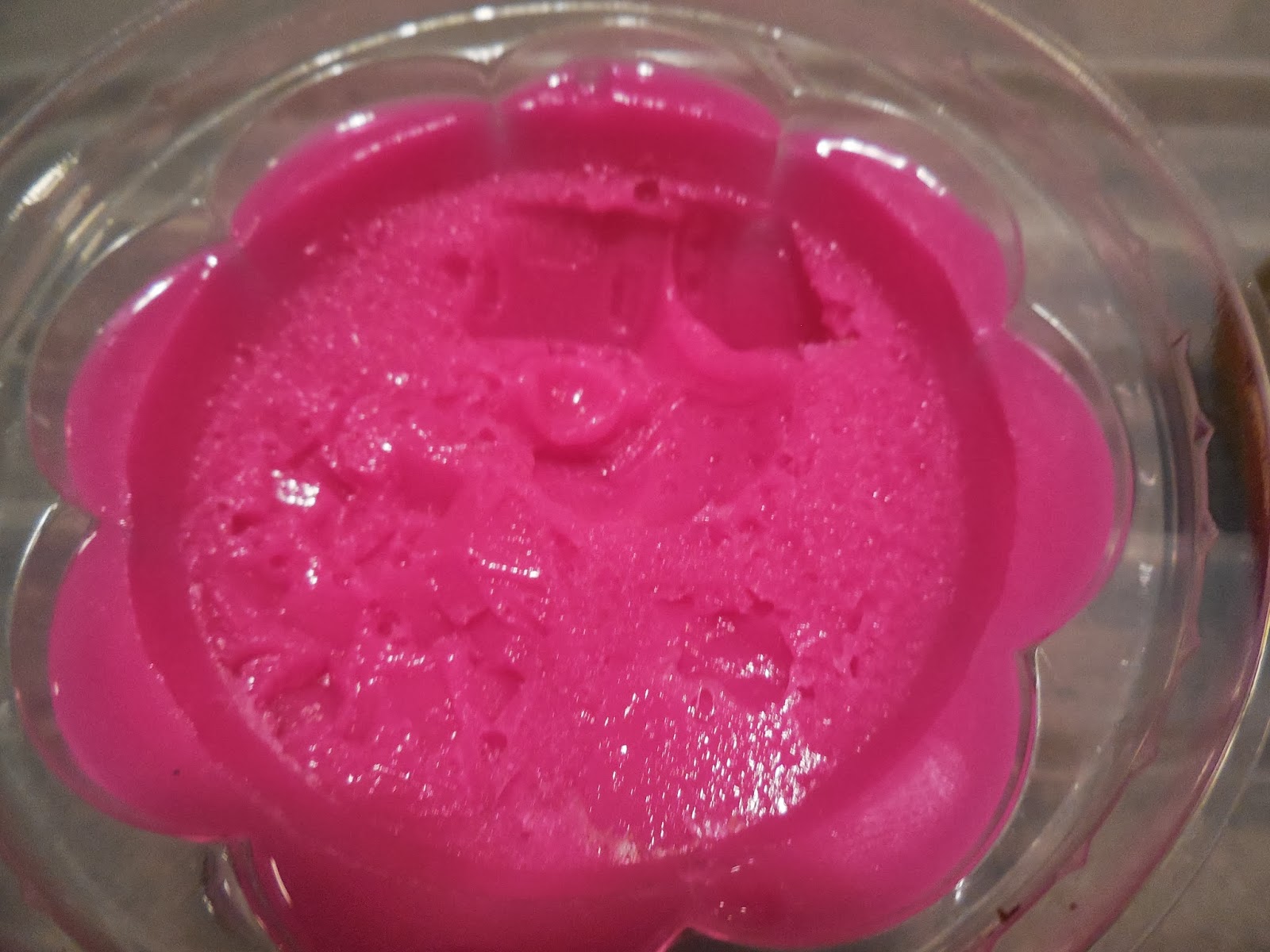 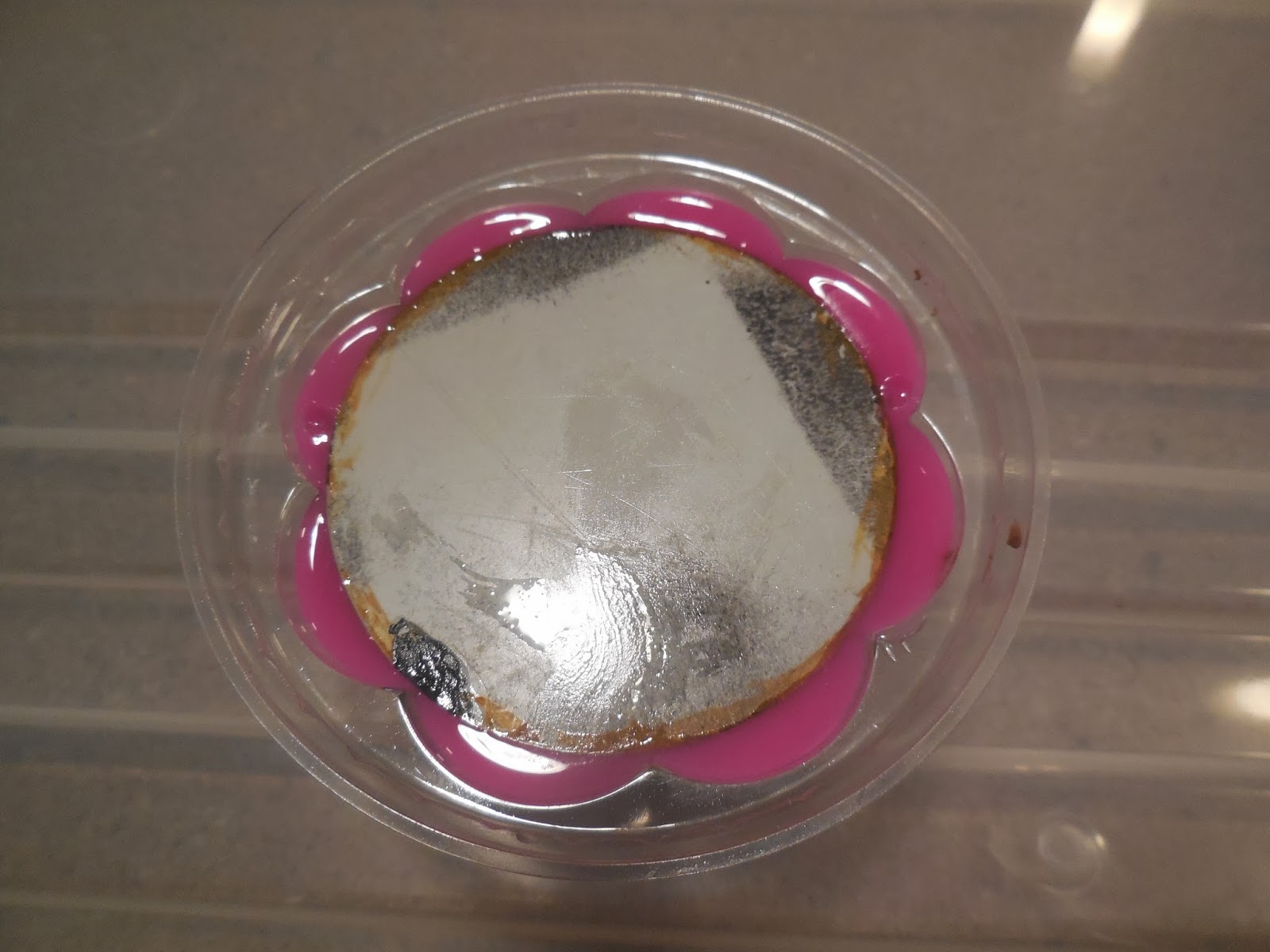 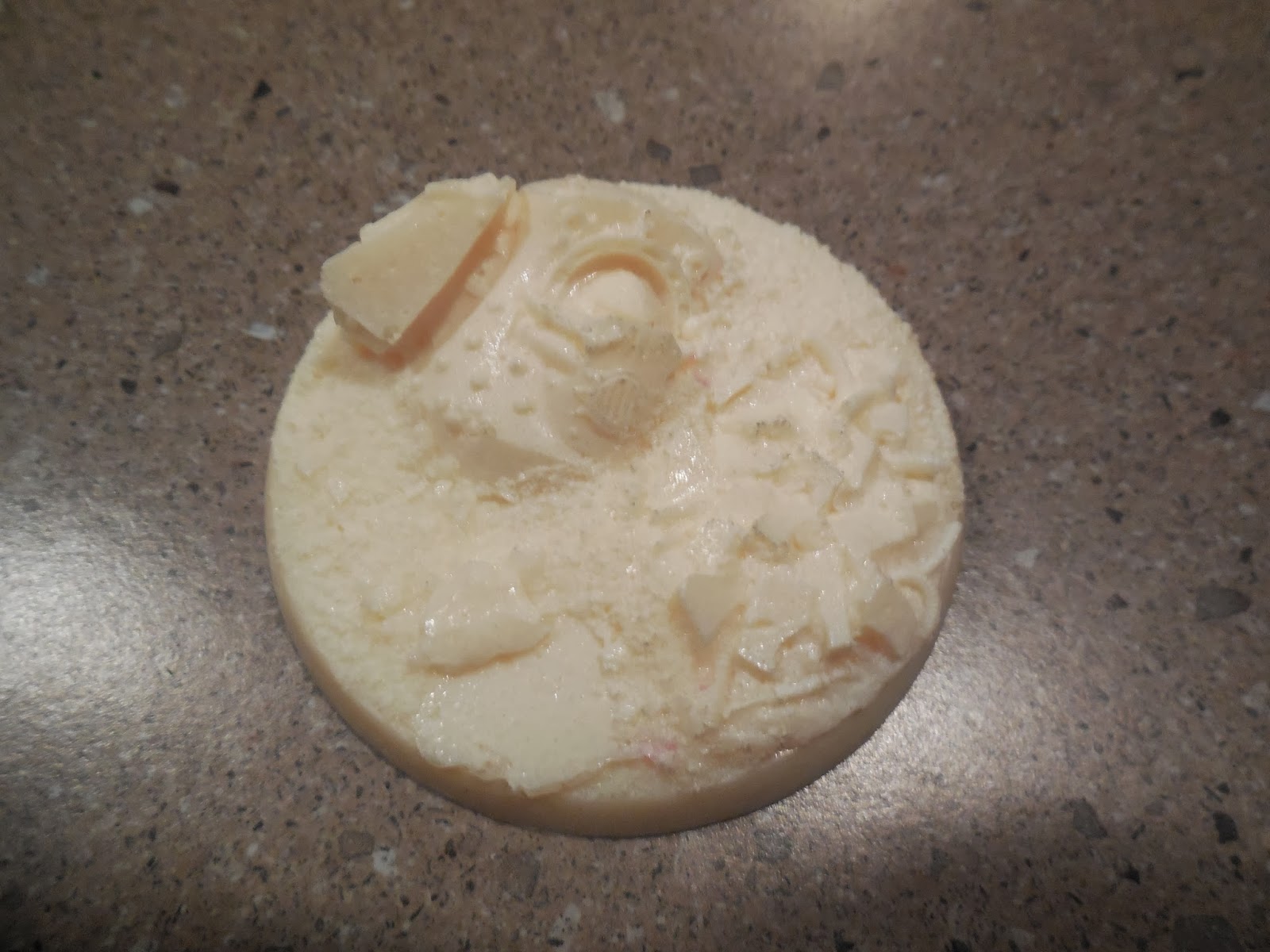 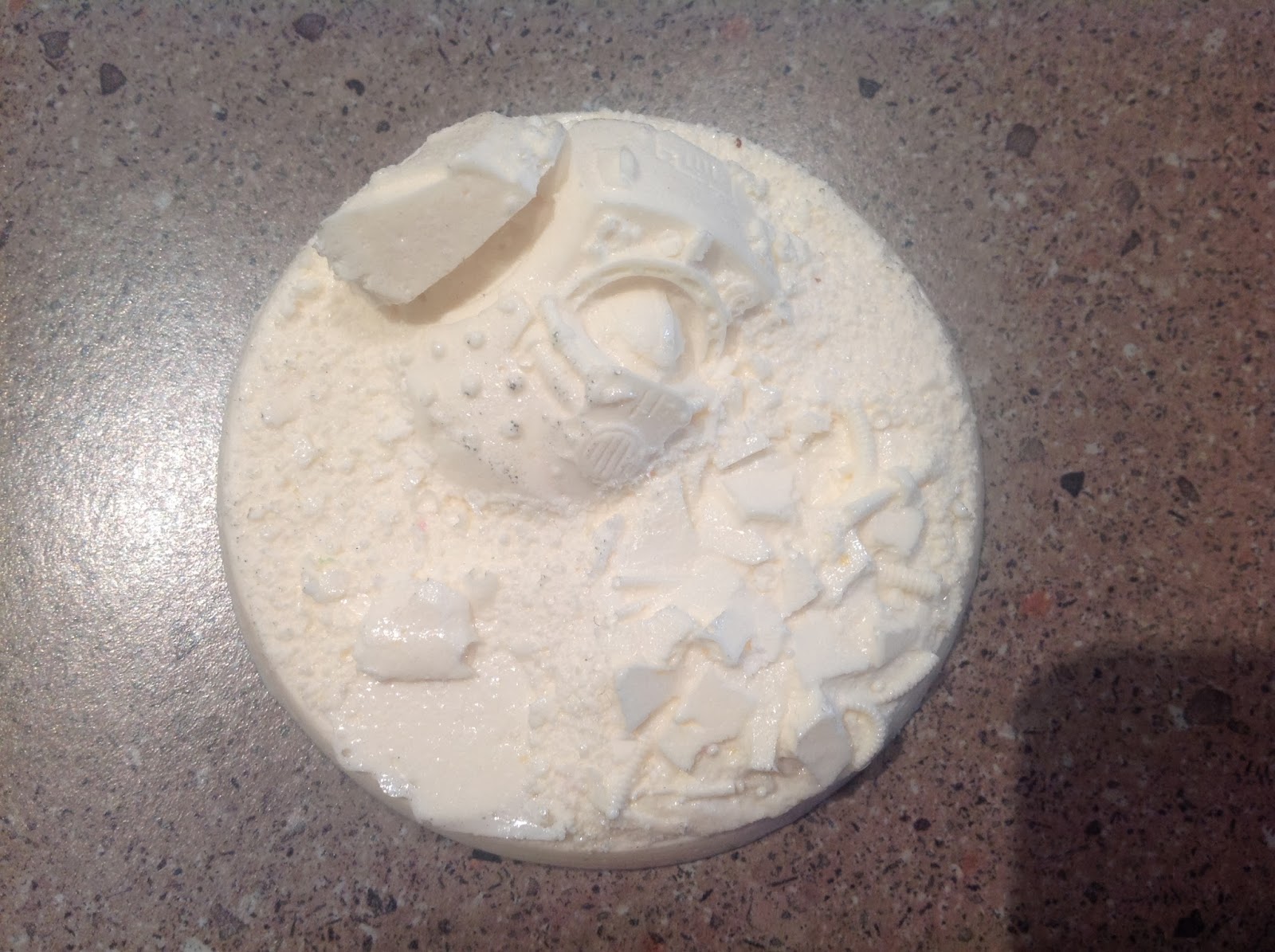 So, there it is, nothing too crash hot, I am not trying to recreate perfect contemptors, I just want something to use for a destroyed dread instead of making a circle of dice.

Well, that's all for now, I will have another fiddle and drop some paint on it sometime soon, for now, tata!
Posted by Unknown at 11:30