G'day all, Macca here with a quick one.

I decided to paint up an Apothecary I had sitting around for my White Scars. I am still awaiting the MK II power armour for the Legion, so, with this guy being the only MK II chap around, (and the fact I need him to escort a Tac squad) he straight away popped up.

I decided to place his pack onto a toothpick for the initial undercoating, as I decided it would be all red and I didn't want to miss any areas by rushing to assemble the model. 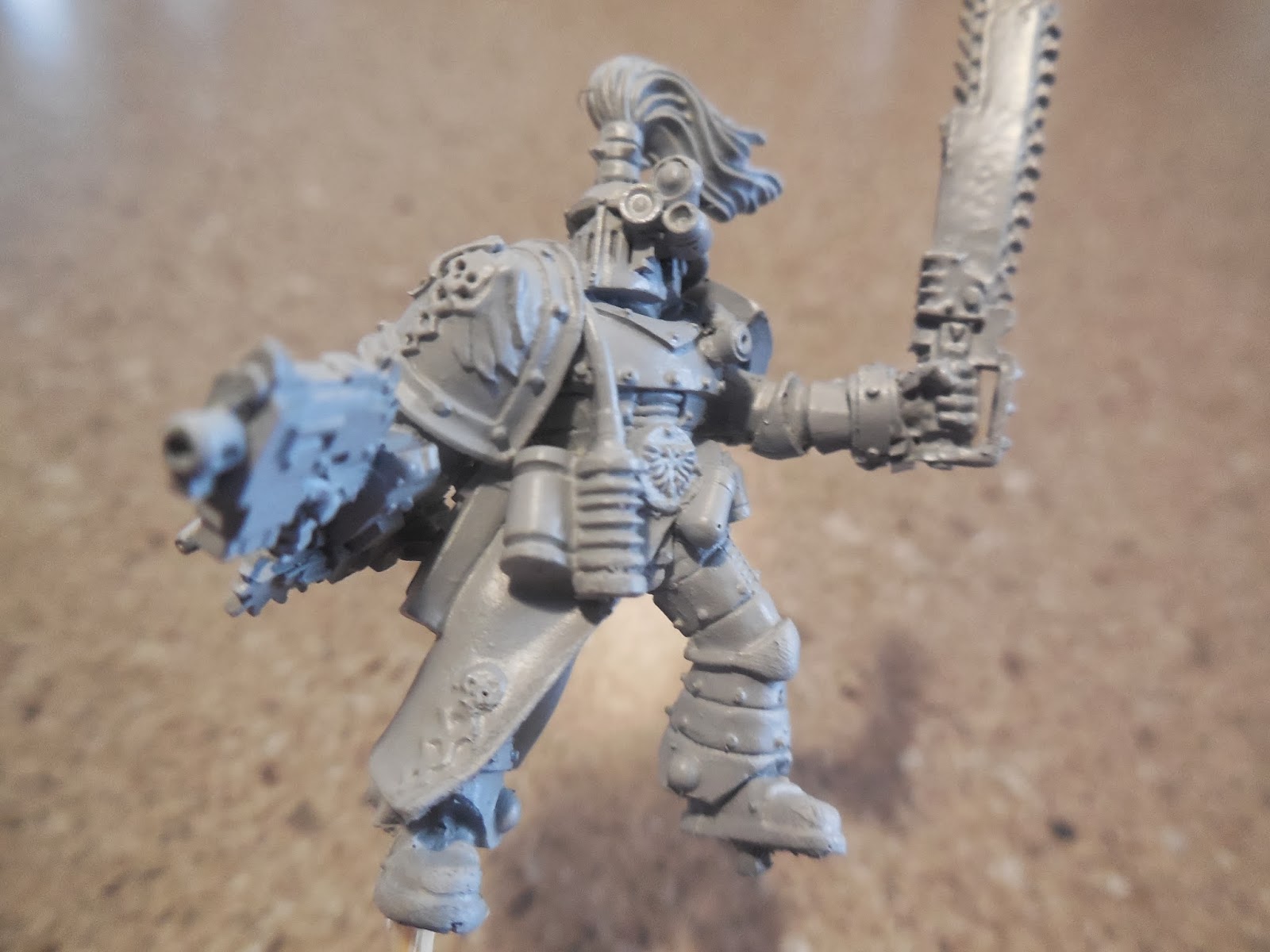 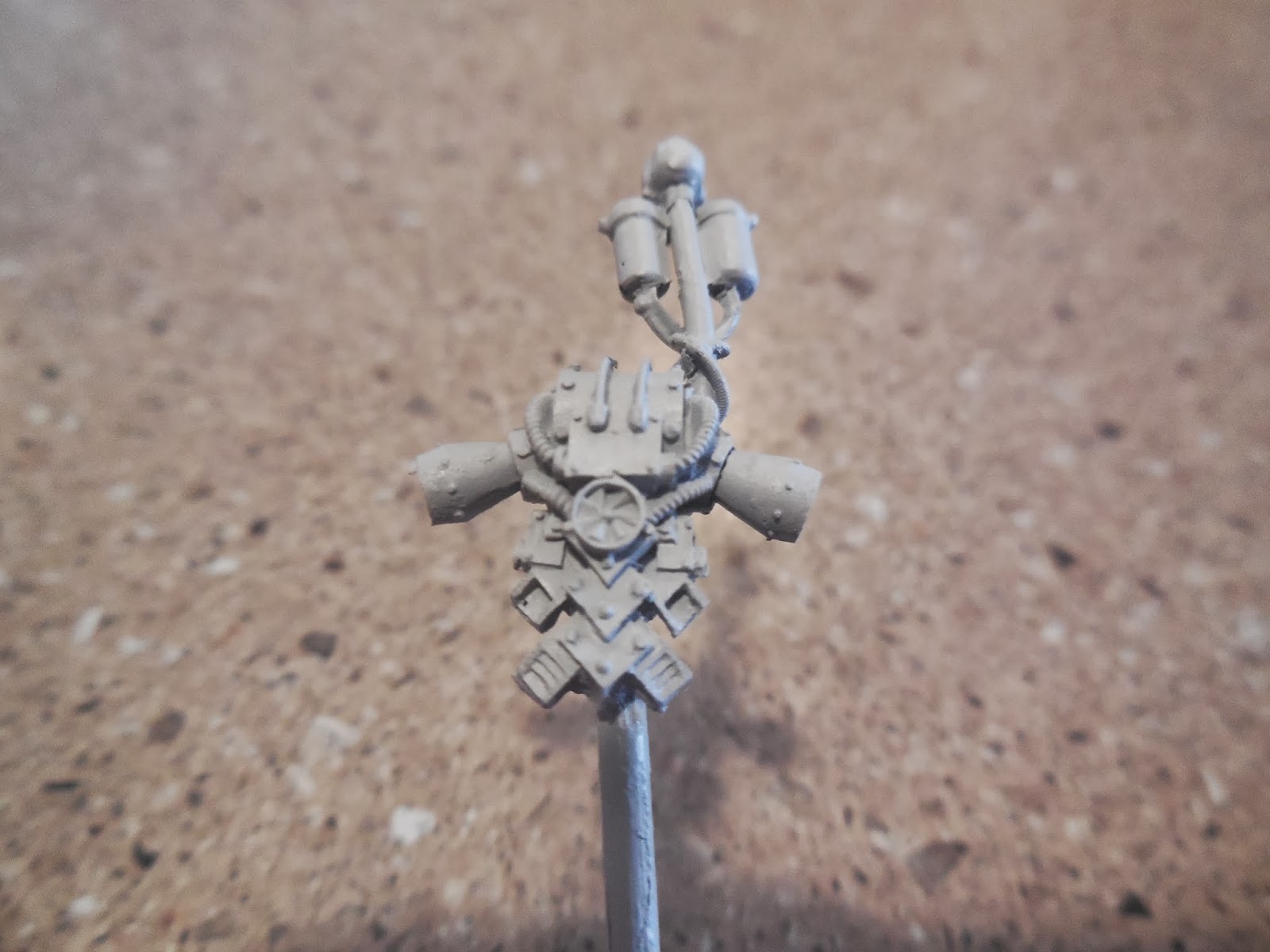 This is what I ended up with after about a half an hour of painting. It's pretty clean, and very glossy, the paint isn't ultra crisp, but that's because I know that certain areas will be filled in by the oil wash at a later stage, which will dilute the white and blend the red. The decal has been applied, and the next stage is weathering/battle damage and the oil wash. 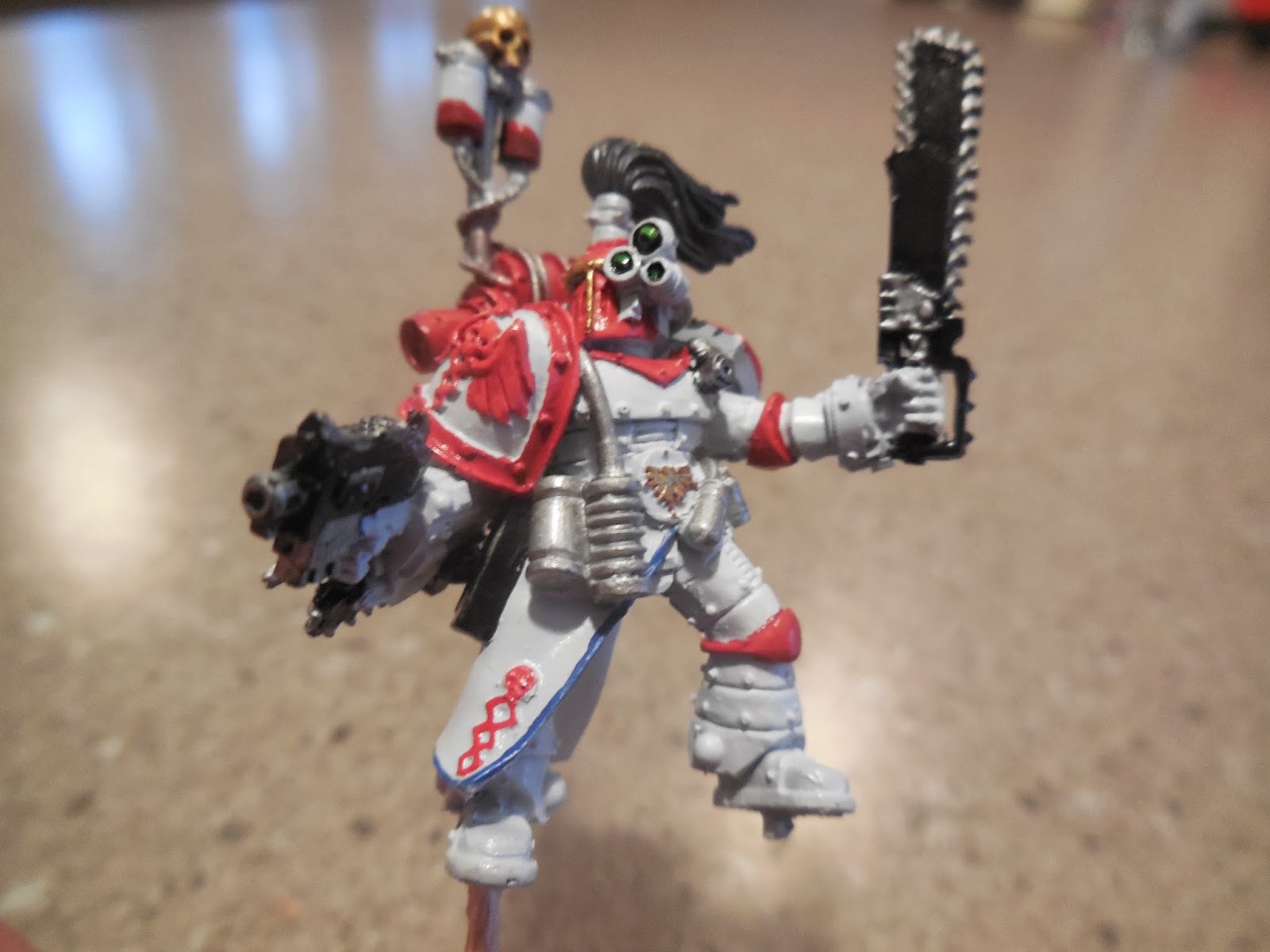 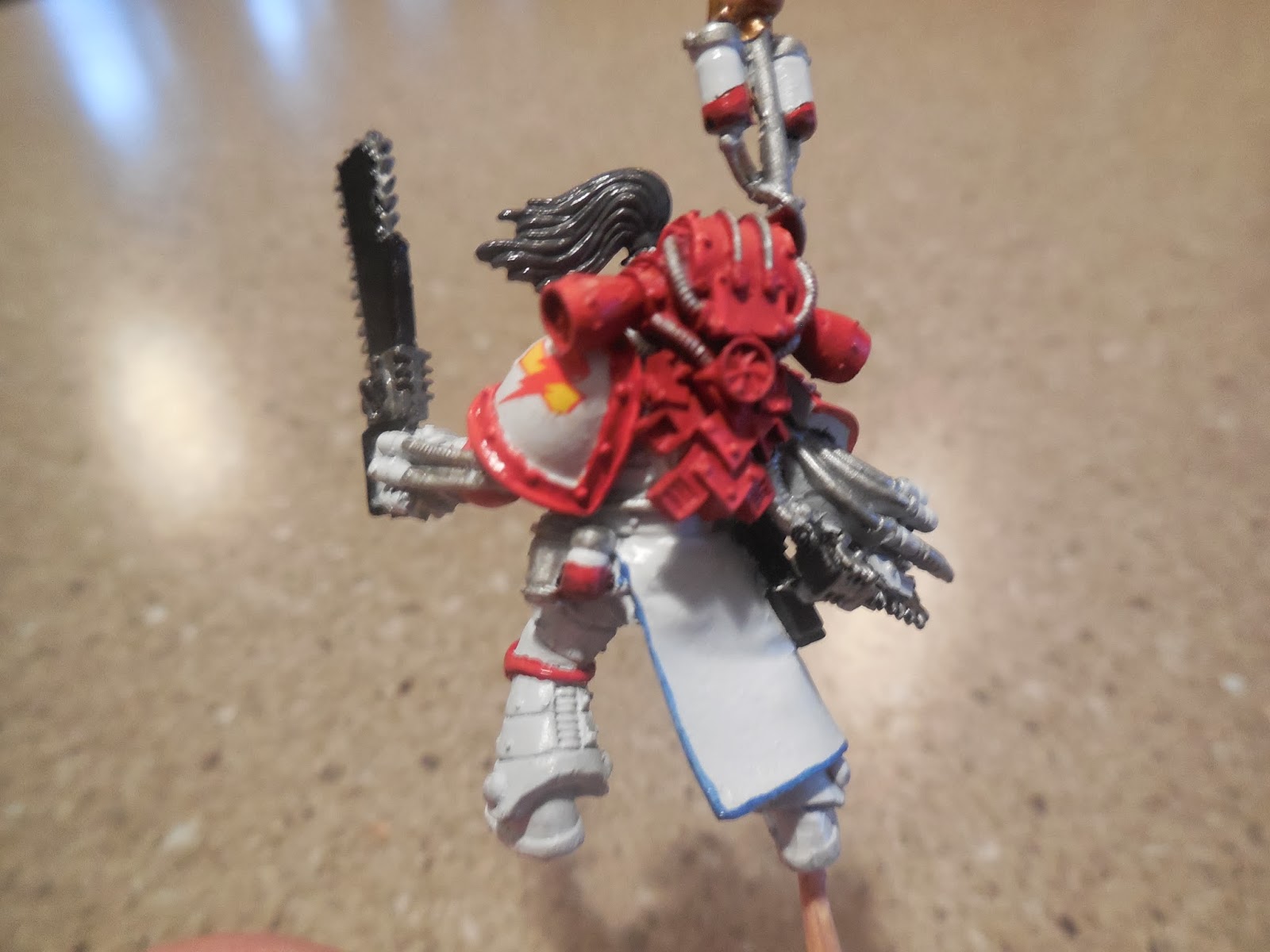 Now this is the model with gentle weathering and a reasonably heavy oil wash applied. 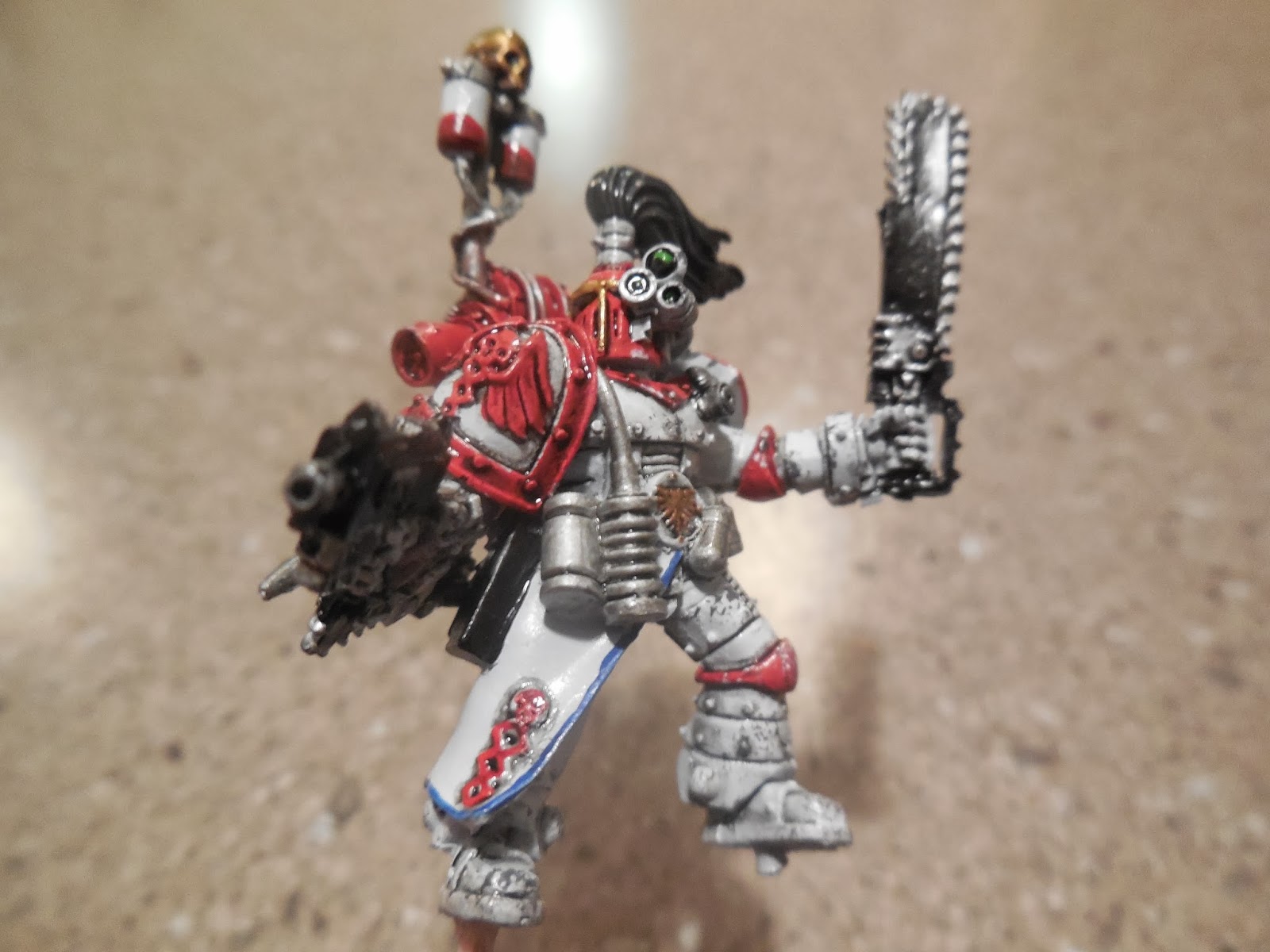 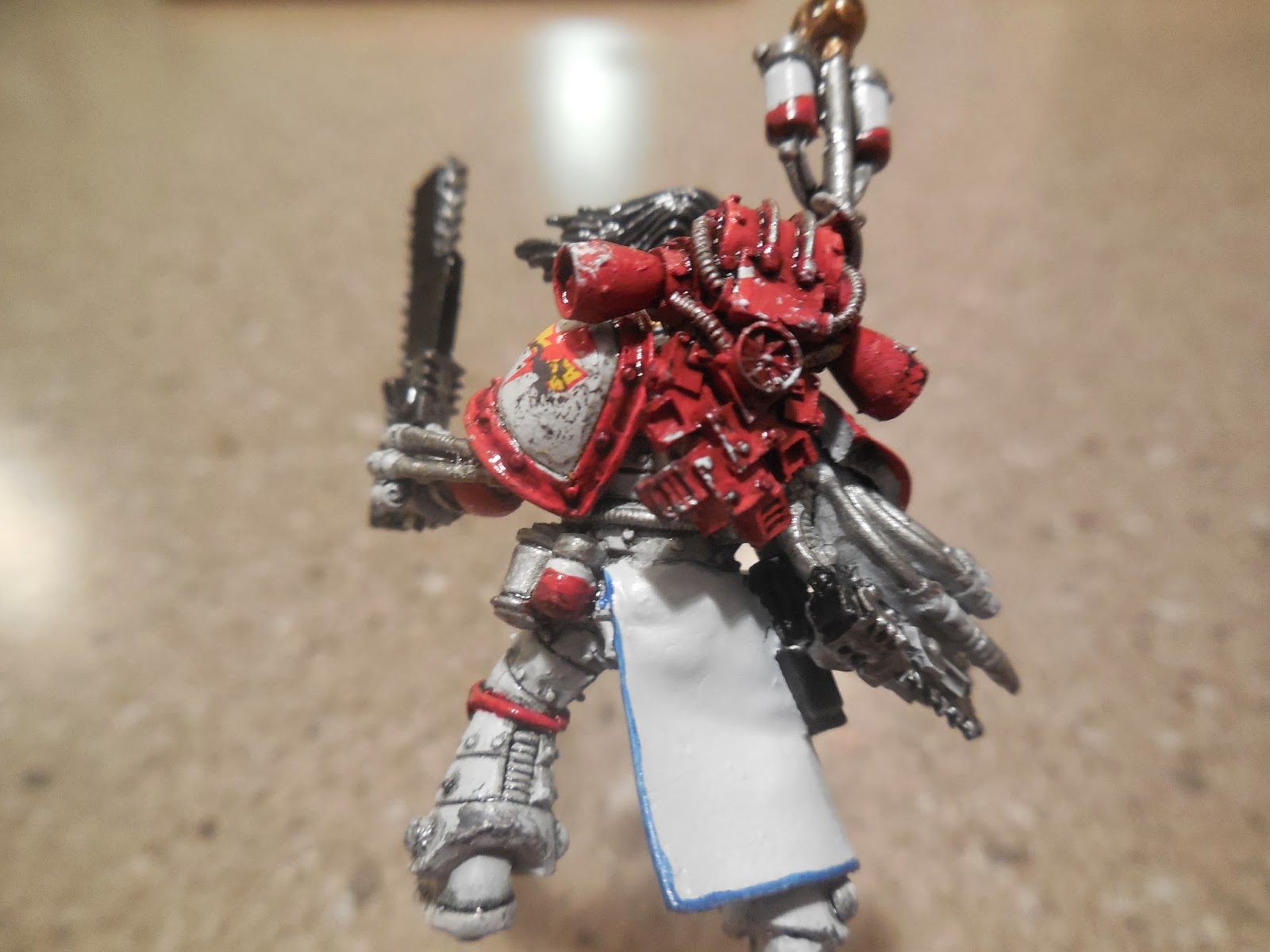 So, that's all for now, tune in tomorrow for the complete chap.