I was supposed to be giving you an update on my Justaerin Terminators but a couple things have come up and they are going on the shelf for a little while. I will explain myself in a minute, but a quick look at where we are at with the Justaerin. 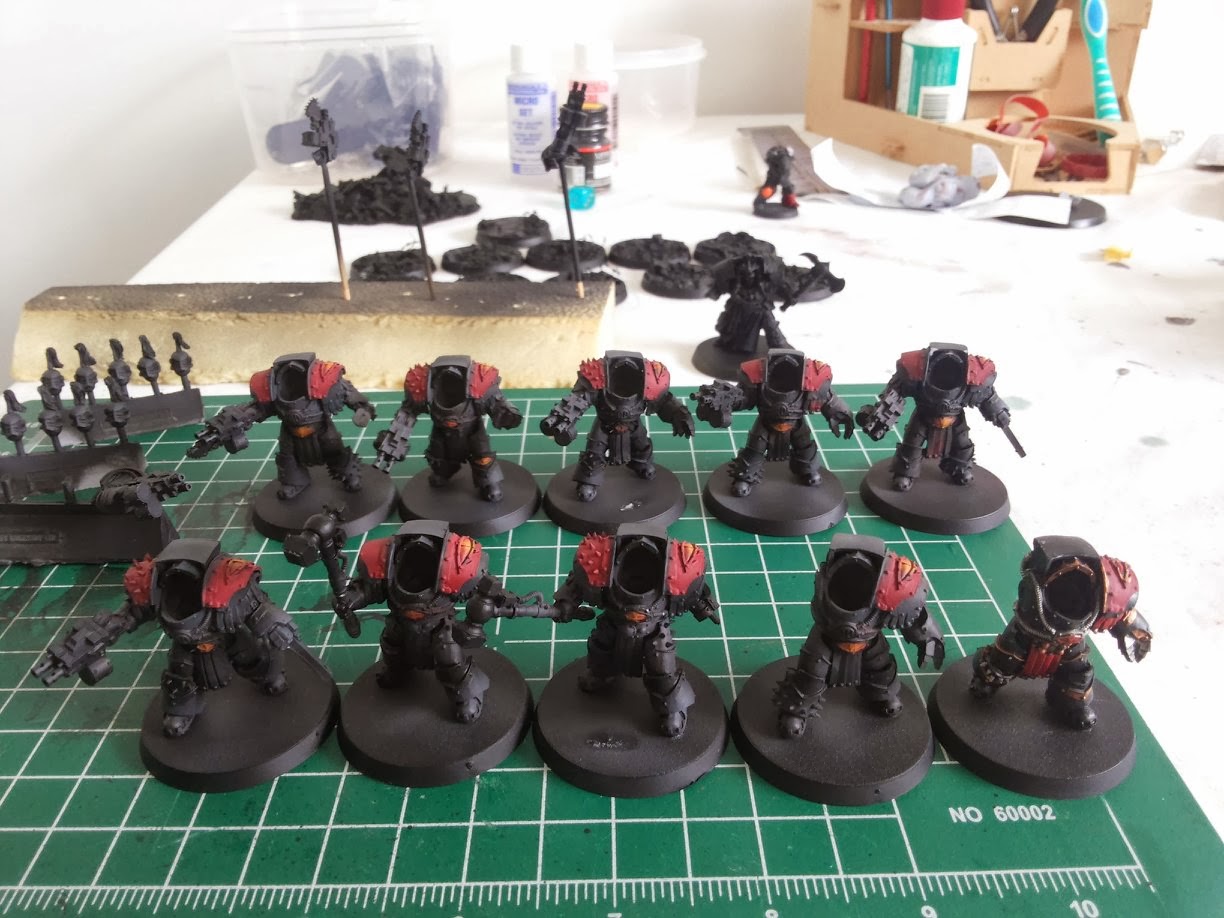 Not too much more progress, I have airbrushed in the red on the shoulder pads (they are supposed to have only their left shoulder red, but after Abaddon both red looks really good) and done a base coat of the Eyes of Horus with the airbrush as well, which was tedious work. The one on the right was a test model for colours and needs some touching up, and I have 4x sets of lighting claws that swap out with the power weapon, a powerfist guy and the two TH/SS. They are up to the battle damage and detail stage and that is where they will sit until the next project is done.

So what is this next project you ask? Well my good friend John at The Painting Bunker is running his first tournament in Brisbane in mid March, called "The Emperor's Legions". It is a 1000pt tournament with only 10 positions available, 5 Loyalist and 5 Traitor. Tickets were pricey but the prize pool is enormous (with things like Spartan Assault Tanks and Legion Fellblades as prizes) so well worth it, and John has some amazing terrain so this event is all about looking good and running smooth. Naturally I bought a Traitor ticket to cleanse a few loyalist scum.

John even made some special objective markers for his event, and those participating get a set each, I got mine in the mail today! He even included a personalised note giving it a nice touch. You can find out more about the objective marker here and the tournament here. 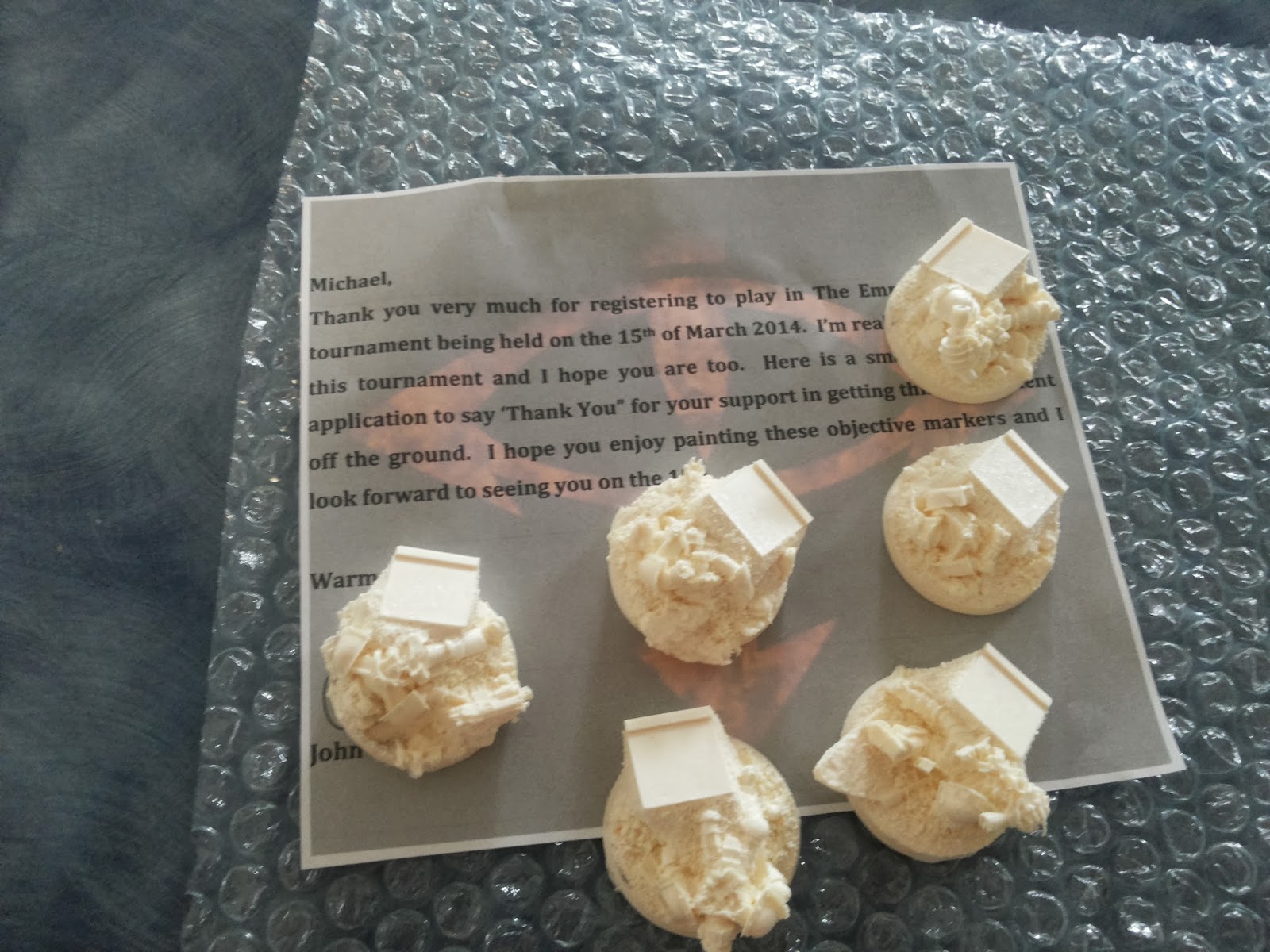 I was planning on using the Justaerin led by Abaddon in the tournament, but both units are very overcosted in my opinion. The Justaerin are a whopping 225pts for three models in stock equipment and don't bring a lot to the table apart from looking cool. Abaddon is a bit of a beast in combat but when you compare him to the likes of Calus Typhon, point for point you really lose out. With such a small army that doesn't have a lot of punch I would be lucky to survive turn two. I had a back up plan, and it arrived in the mail earlier this week in the form of a small Mechanicum army. They have some great units (especially in book two) and love to spoil a loyalist Astarte's day out.
So that's the plan in a nutshell. I am really looking forward to this tournament, win or lose it looks like it is going to be heaps of fun. Did I mention it was being held in a pub? Oh yeah! Knowing a couple of the players going, I reckon they will be hard pressed standing up by the afternoon. Stand by for Mechanicum WIPs!
Cheers
Keepy﻿
Posted by Keepy at 10:57