Ah, another day, and another unit down for the Raven Guard, with another on the way.

I finished off these guys a day ago, and got to use them in my game today with my good mate (re: asshole jerkface) Cat. Needless to say, with a drop pod guided by Alvarex Maun (no scatter), this unit arrived right where I wanted them to, and their volkites accounted for no less then the entire squad of Rampagers. Also of note is the fact that I ran 'counts as' Corax today, and he beasted his way through Kharn, some Red Butchers and Angron, the Lord of the Red Sands himself. Raven Guard players, (you know who you are) Corax is a MUST if you are going to run a Lord of War.

Enough of that, here are the 8 tactical support marines and an apothecary: 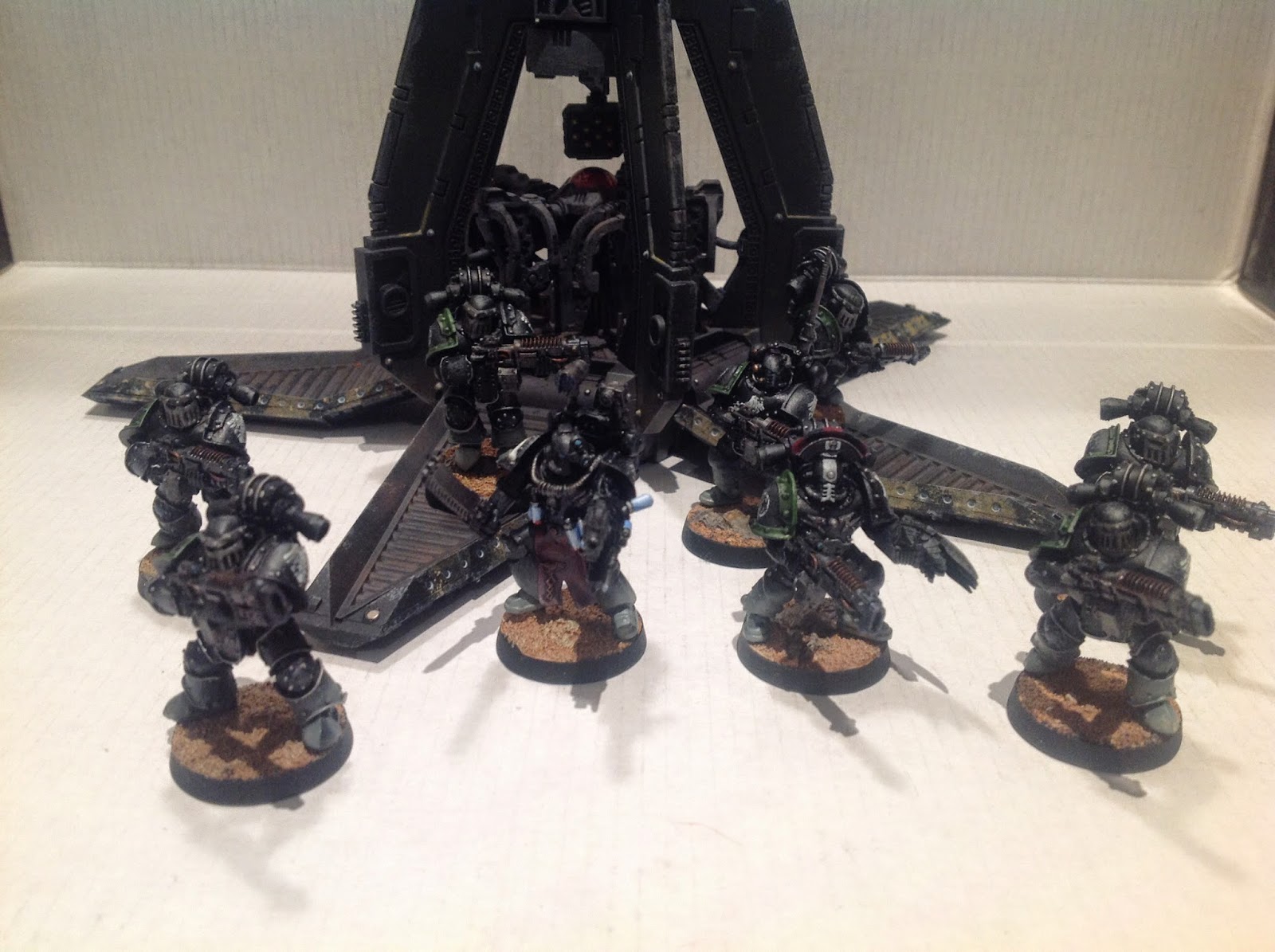 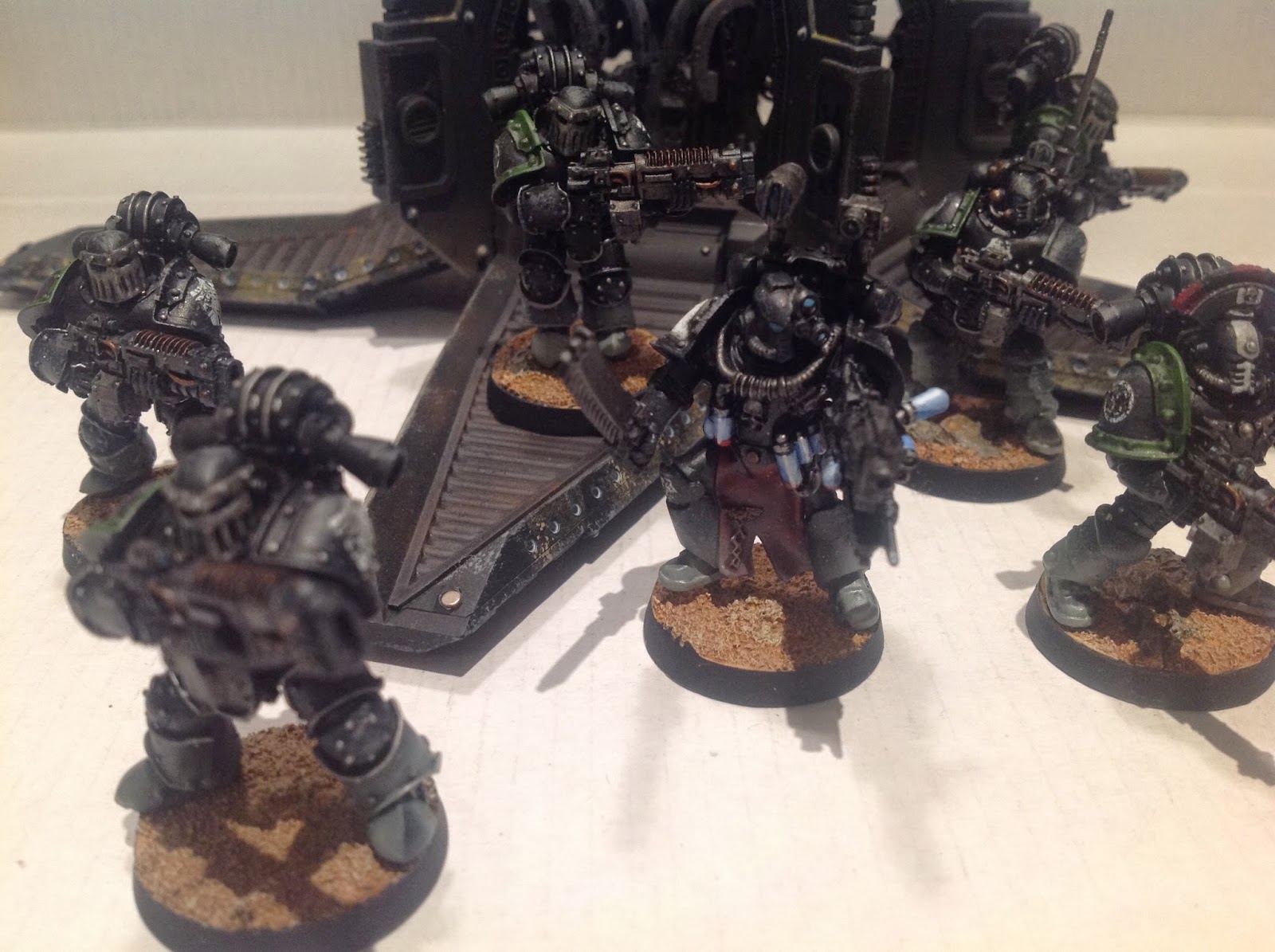 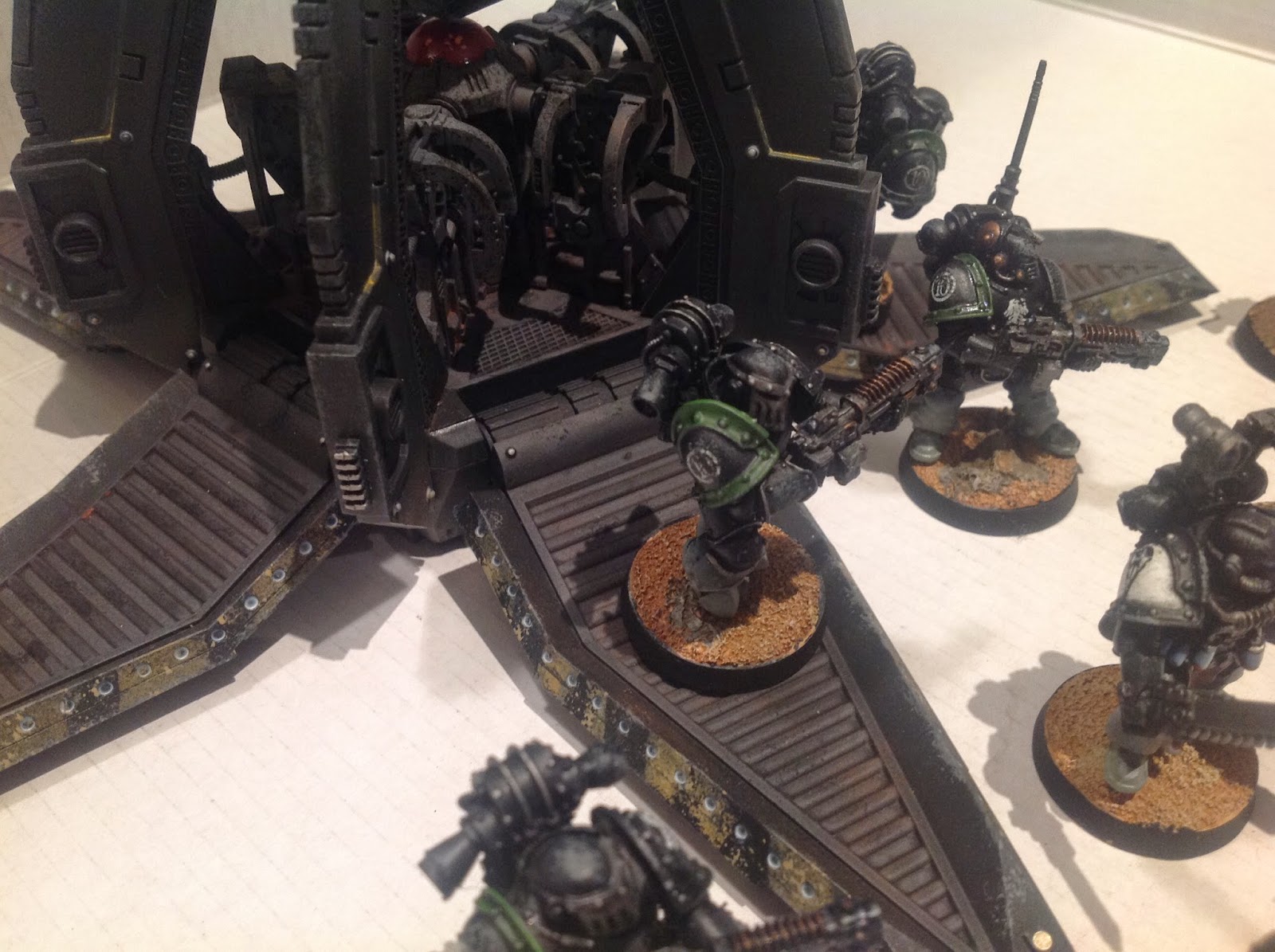 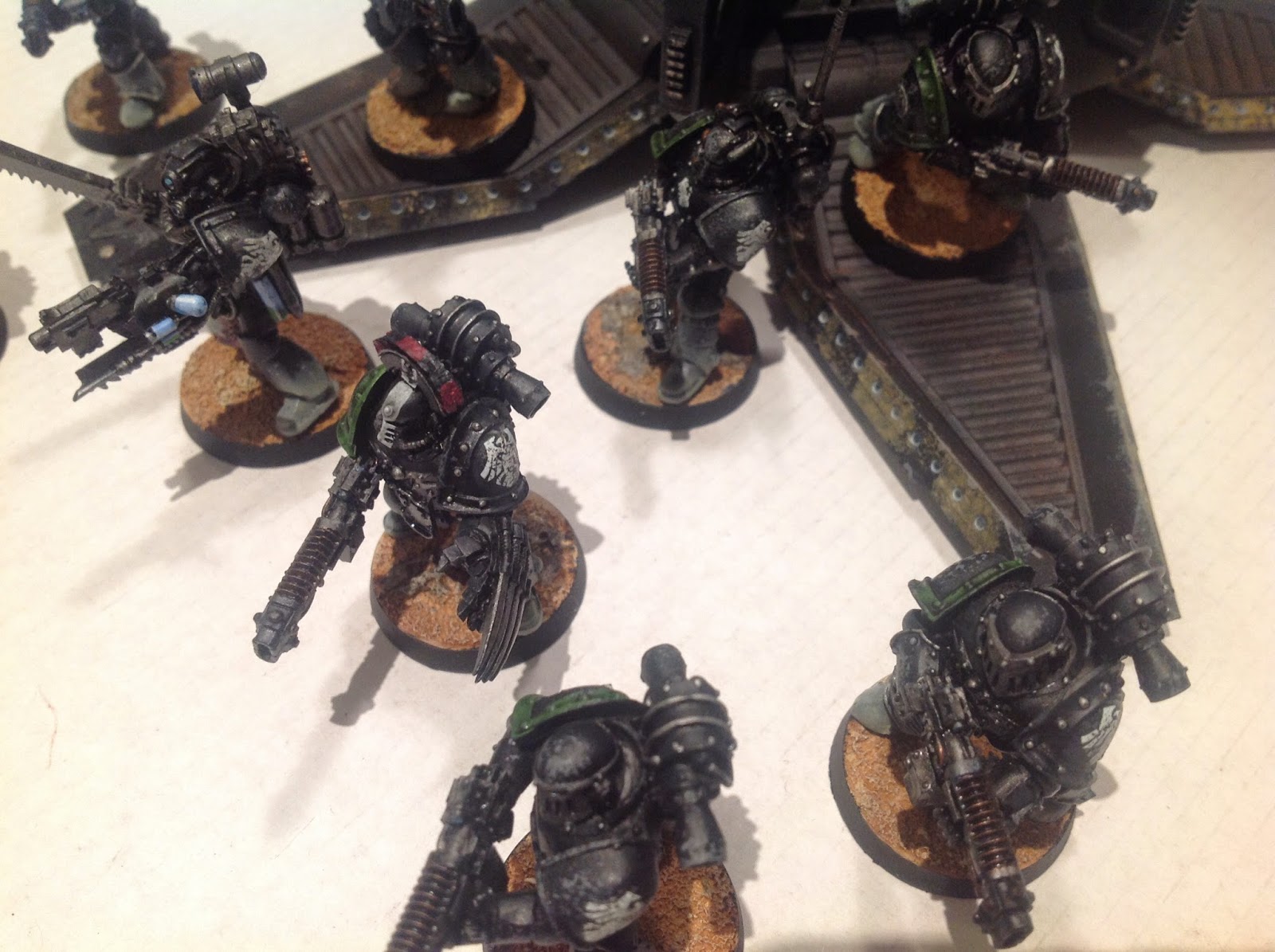 Also, I couldn't decide which I needed more, Lascannons or Plasma Cannons, so I magnetised a squad of 5 Legion Heavy Support chaps. Now I can pick and choose, thanks to a single magnet in each hand (if you do this at home, be VERY careful not to drill through the fragile hand.) 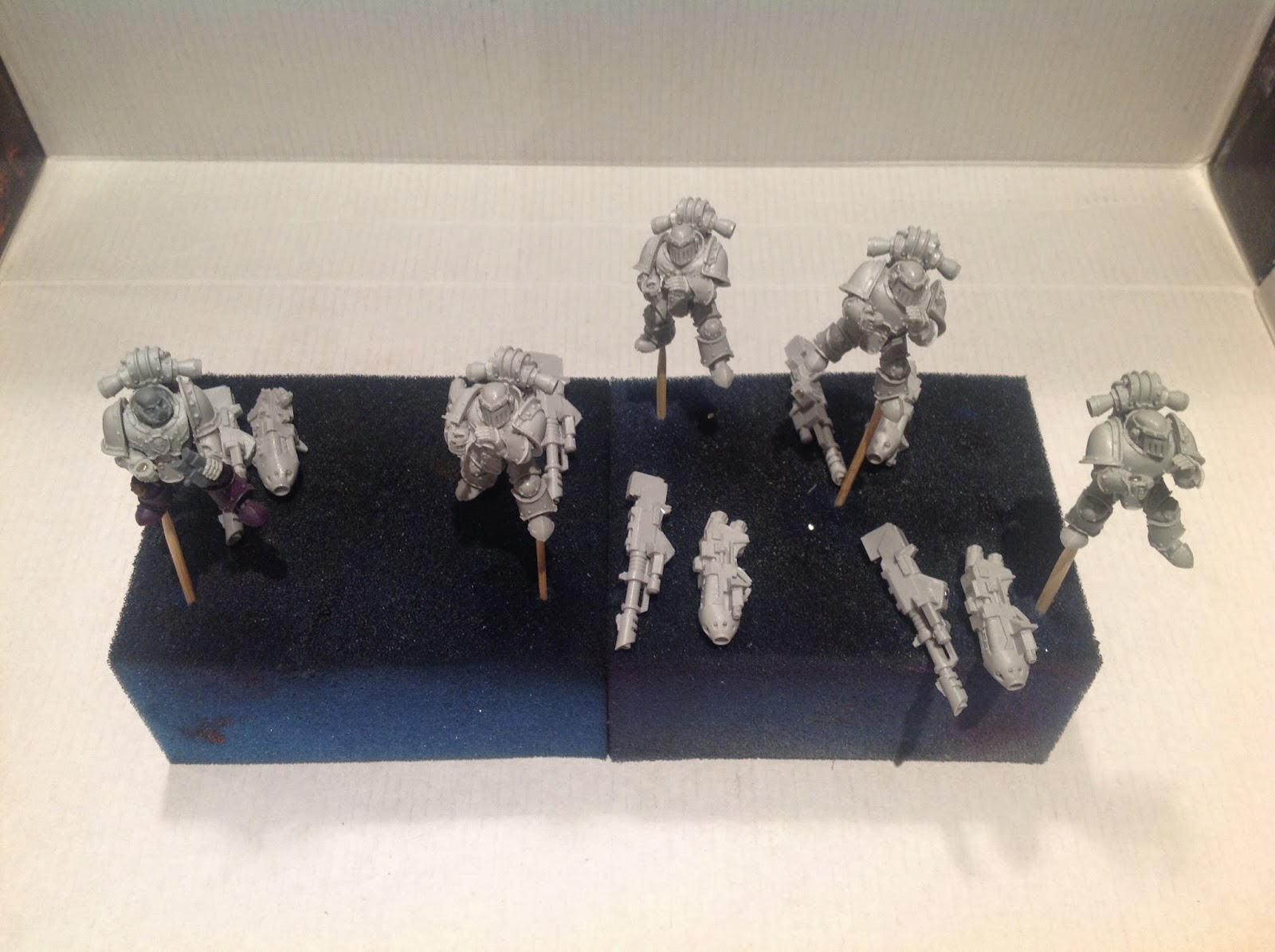 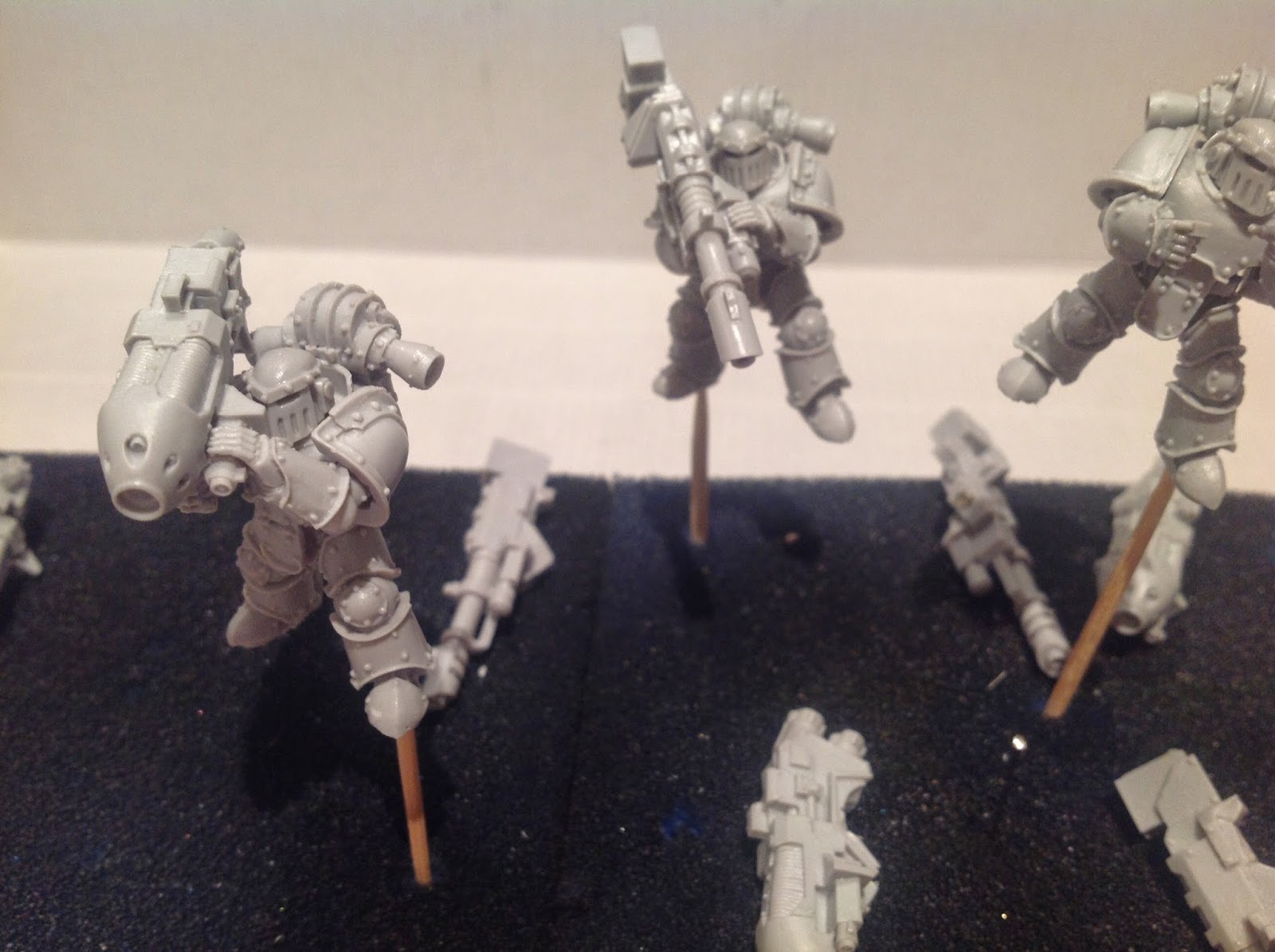 Having used all of my MK III legs on my many projects, I recycled a set for the Sgt, who also has a head from the new Tactical Space Marines set in 40k. I grabbed him a set of Binoculars from the SM scout set so I could give him this cool pose (I own the battlefield B@#ches!). 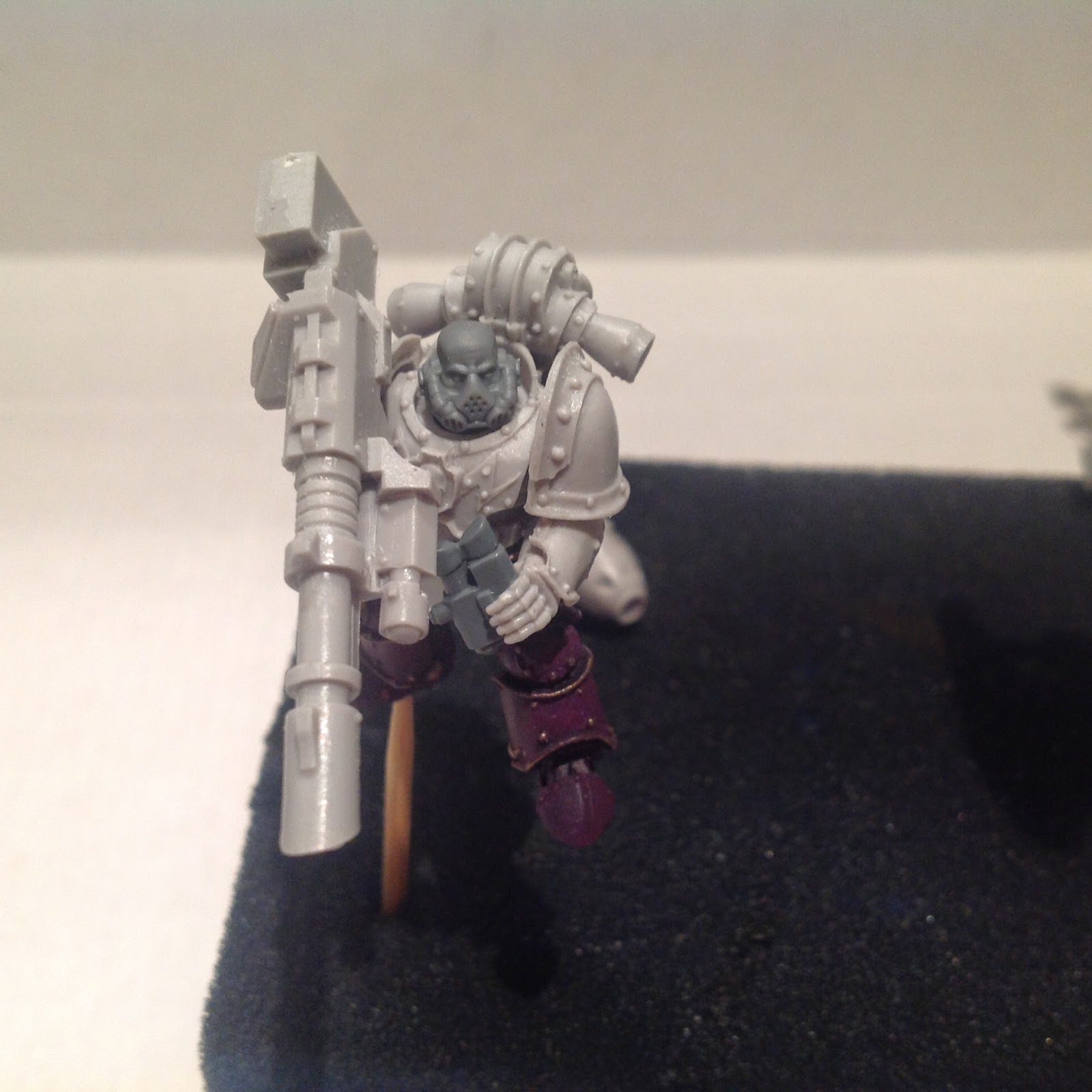 Well, that's all for me, will paint up these heavy weapons and the last of my destroyers this week,