G'day, Macca here with something similar but different.

Two days ago, I was playing a 1500 point 2v2 game, and the Raven Guard performed awesomely. I did however wish that I had more combat presence on the battlefield, and since I plan on getting Corax in about 5 years, (when Forge World will release him, at this rate) it would be cool to have a command squad with him. So, I picked up some Sanguinary Guard, a scalpel, file, and some MK II and IV bits, and set to work.

I thought that since they would accompany the Primarch, or at the least, a Praetor, I would make them a little fancy. Those who know me know I don't go for Games Workshop highlights and other junk, (the ability to do 400 highlights doesn't make you an artist, it makes you a guy who can draw one line on top of another, but thinner, grumble grumble grumble), so I settled on a little freehand.I kept the scheme simple enough, simple grey tones, supposed to echo what Forge World has done, so it's a little rough, but it's supposed to be 'hand painted' by the legionaries themselves. Also, with this look, I decided to keep them very clean, with very very soft damage, try and spot it, the camera hides it well.

So, without any further rambling, here is my fully legal, 3 man Command Squad with Jump Pack: 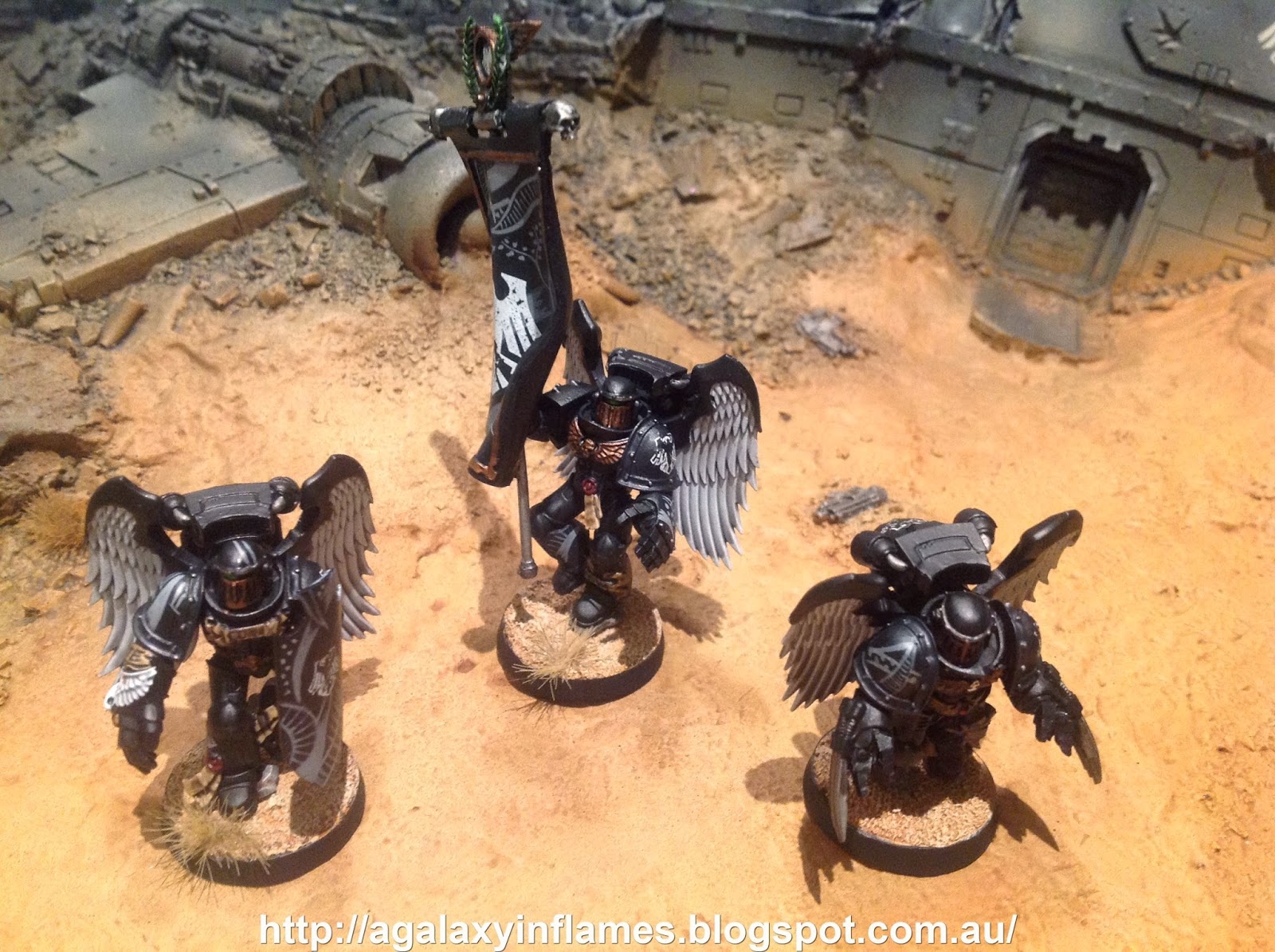 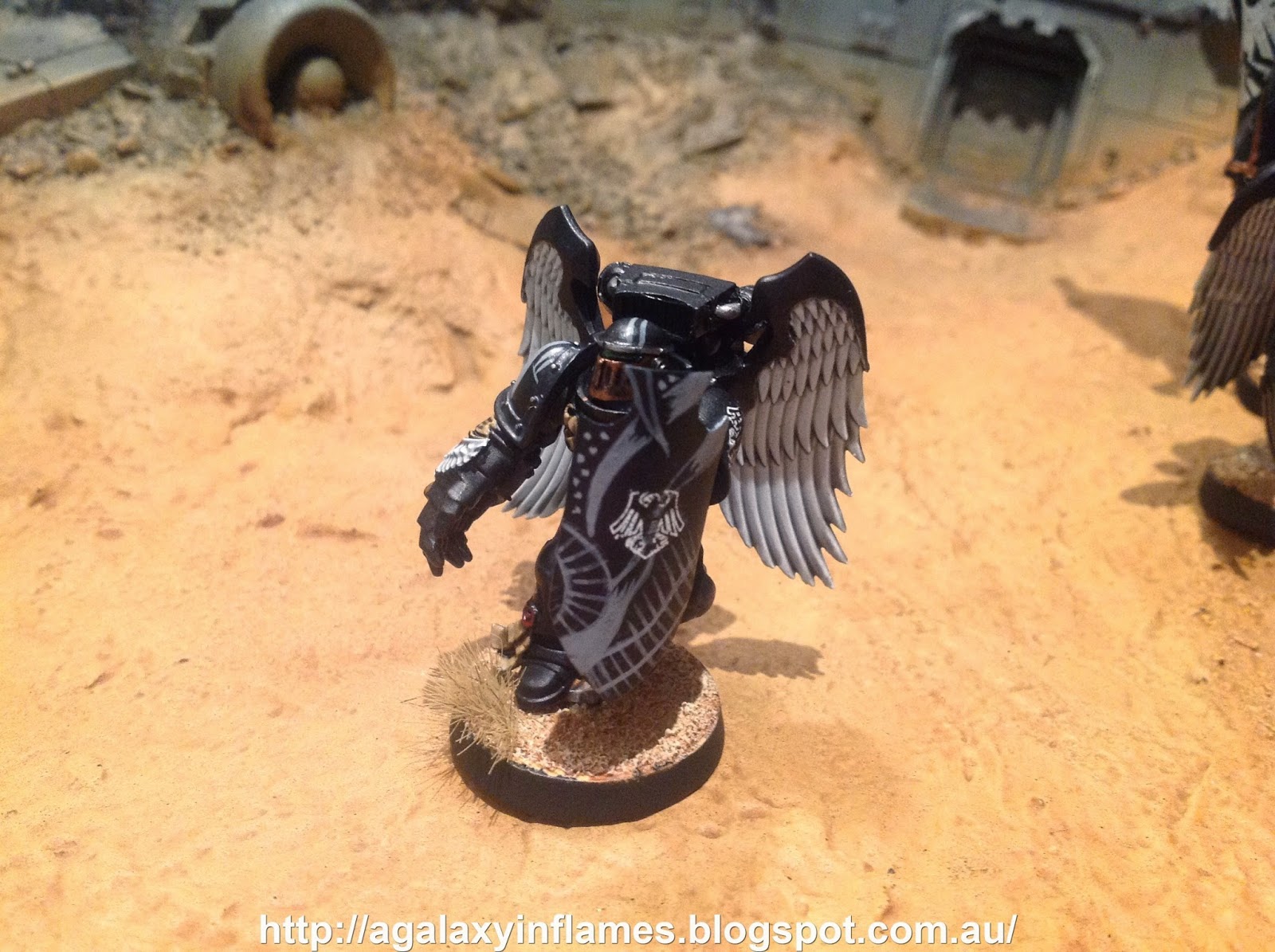 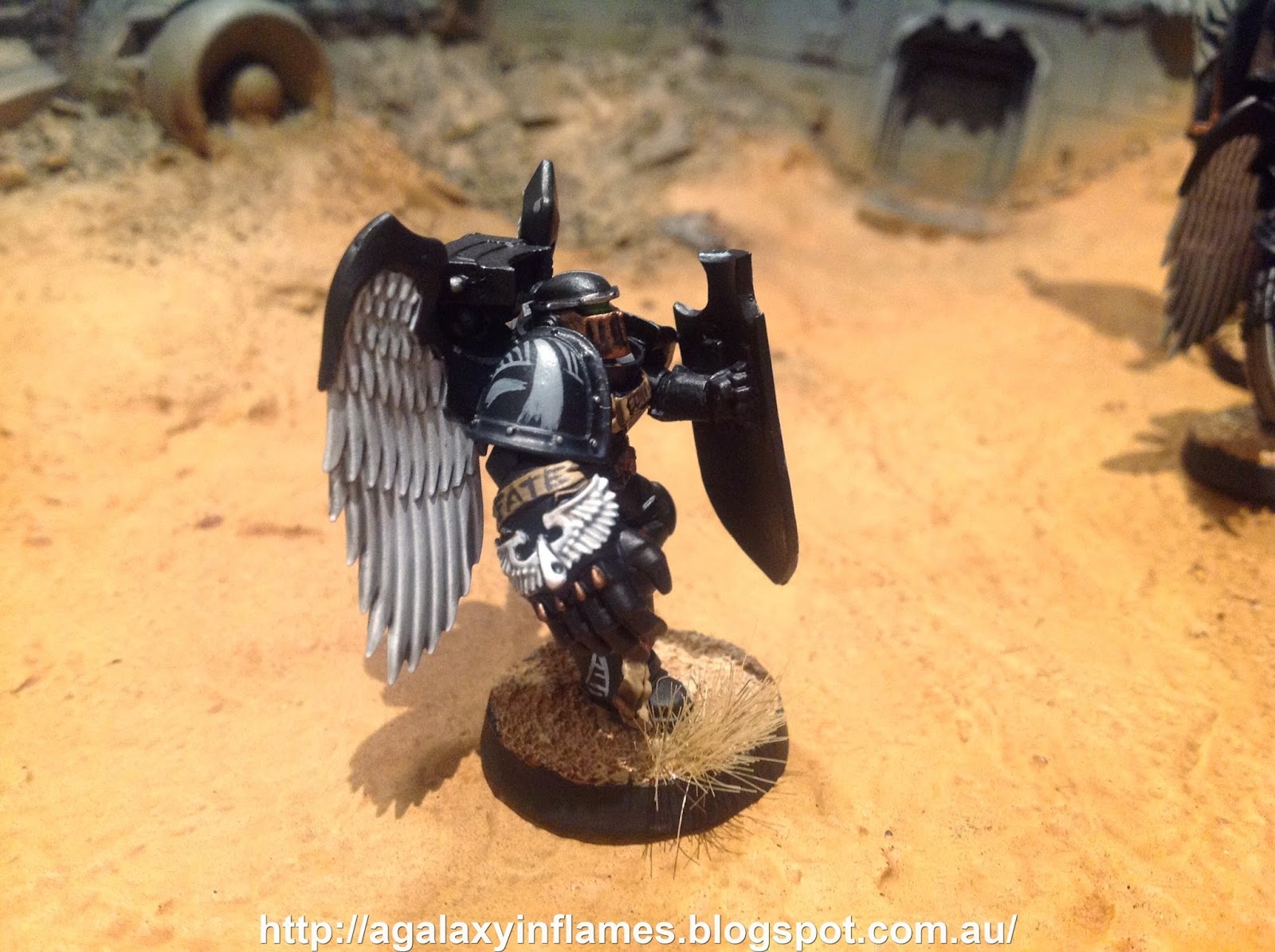 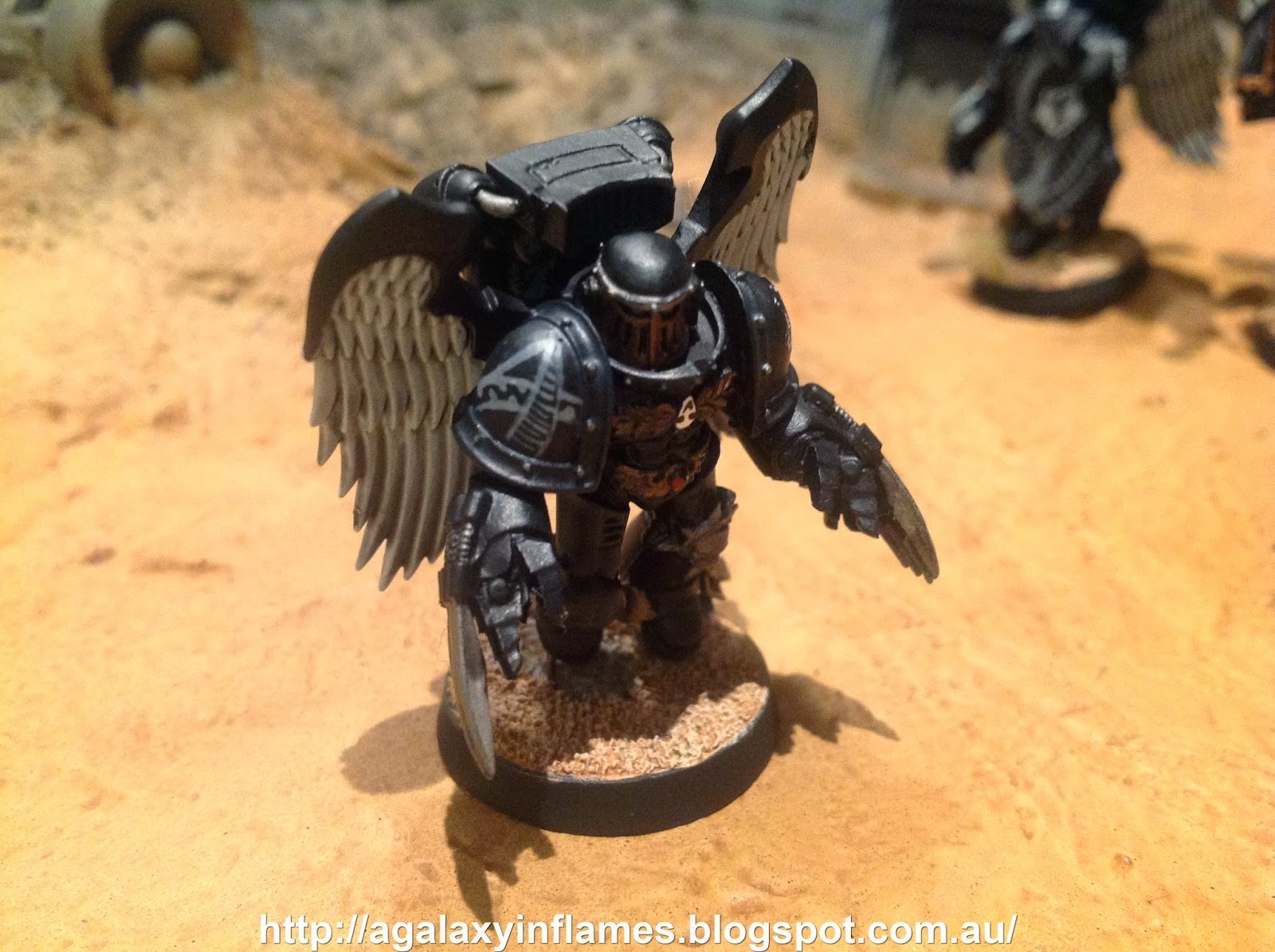 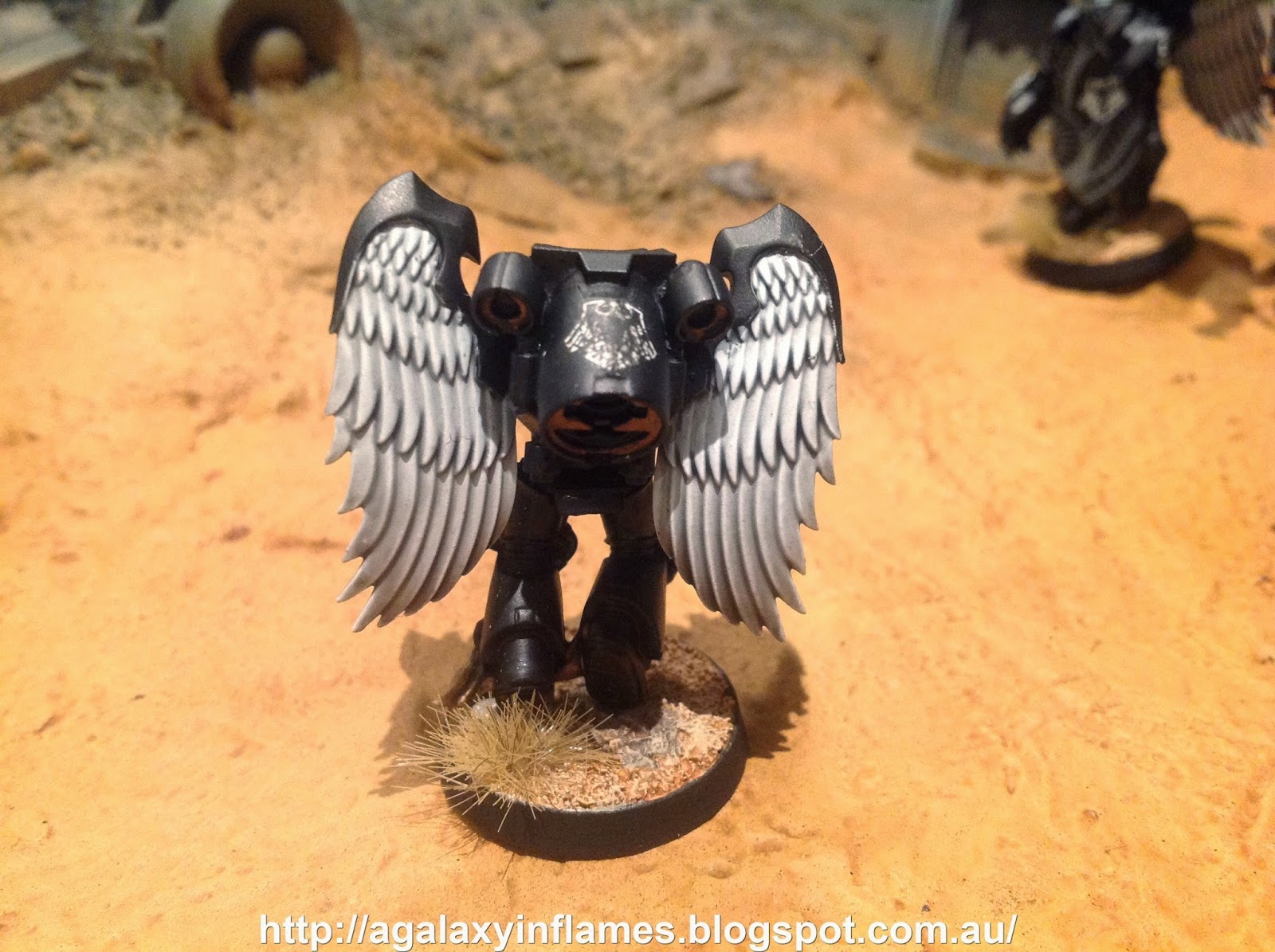 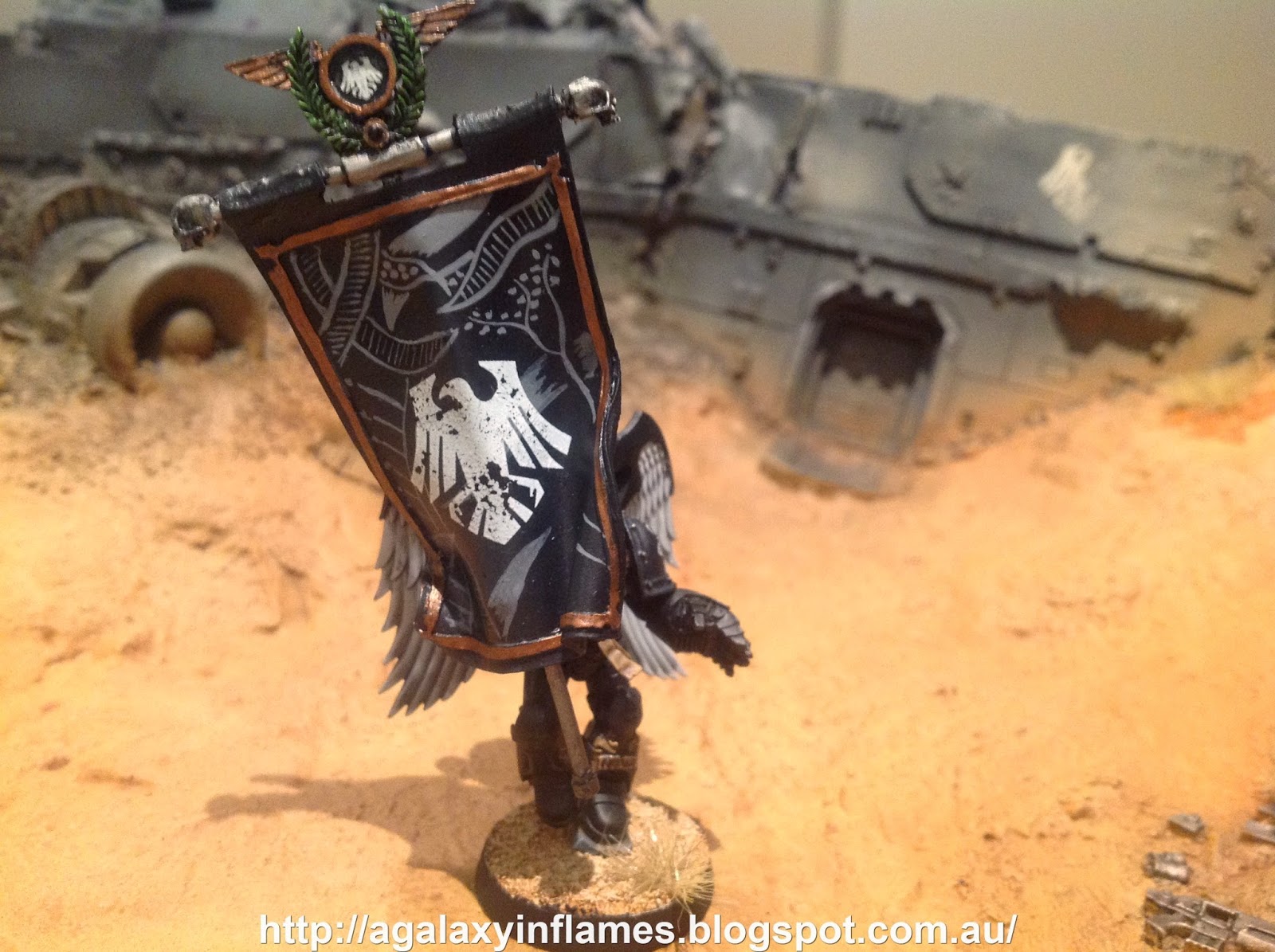 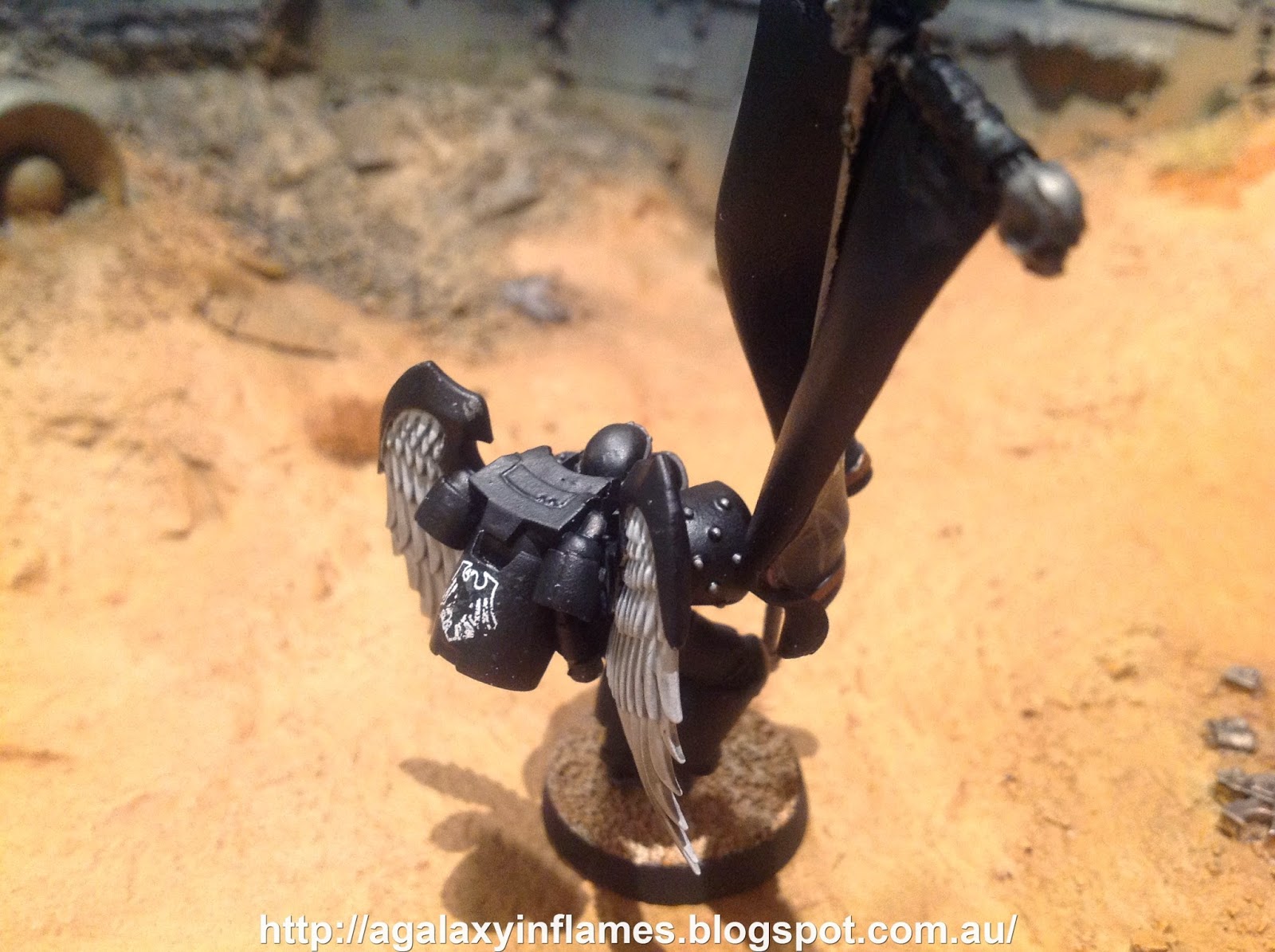 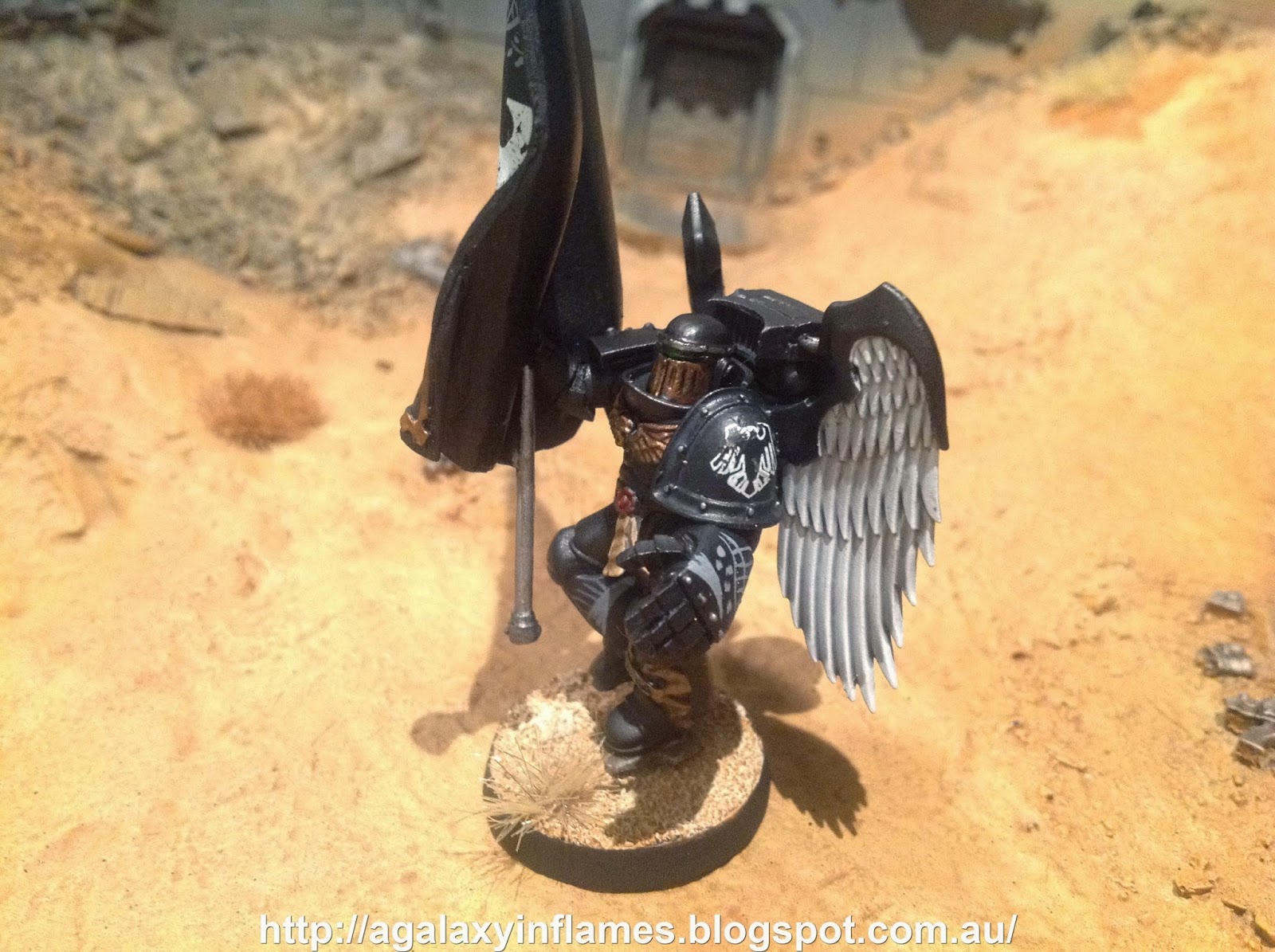 You'll notice I used the blood drops from the original kit as a base for raven skulls, and I chose to use mostly bronzes to really help separate them from the regular infantry, (cos, you know, the wings aren't a giveaway..)