Ok, yesterday in part one we took a look at why I got on the Horus Heresy choo-choo-train of happiness. We aren't going to revisit that topic, today is all about the books themselves.

So, Book 1, in short, blew our minds. We were delivered a simple ruleset, which relied upon using the same core army across all forces, but with subtle Legion-specific rules added which gives new flavour as well as some army list modifications you can use, (thanks to Rites of War) which allow you to really tailor your force to suit your particular theme. As I have previously stated, Rites of War are a fantastic way to change forces up, because although you gain something, something else is taken away from you, something you might really miss. This doesn't eliminate power gaming, however, it does limit it to more acceptable levels. 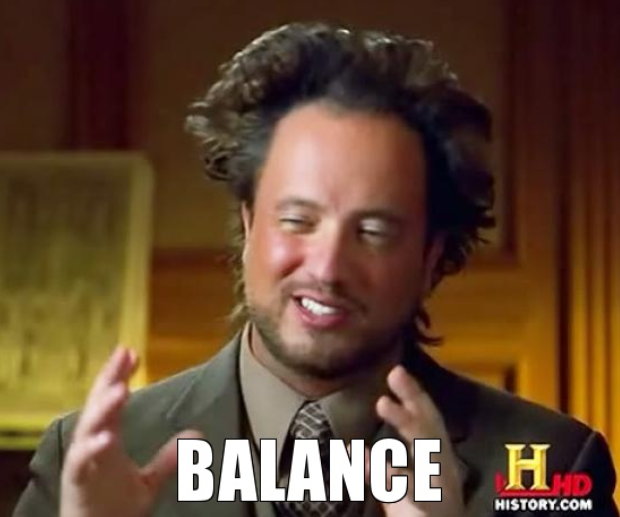 Ah, that mysterious buzz word we all hear about but rarely see....

So what can you generally expect from a Legion, if the first 3 books are anything to go by?

-A set of basic special rules that apply to the army, namely rules like 'May always regroup, regardless of casualties" will always be there, as well as a unique one, such as 'Stubborn'. One of the rules is usually a limitation as well, such as 'Units with this rule may NOT voluntarily go to ground'.

-Two or more Special Characters that are integral to the history of that particular force, more often then not named characters from the novel series, with the occasional 'brand new guy' thrown in by Forge World for some flavour. Examples might include Kharn (the betrayer in 40K), Typhus (the host of the destroyer hive, again of 40K fame) or Sigismund, (first captain of the Imperial Fists, first Grand Master of the Black Templars, First Emperors Champion and 600 other titles..).

-A set of unique wargear, such as close combat or ranged equipment, ranging from chain-axes to chemical weapons. Mmmmm delicious fluff cupcakes....

-A unique Rite of War, usually bringing 3 new rules and 3 new limitations to the army, usually in the form of a change to their Force Organisation chart. Although not required to game, these add some real flavour, however you do require a Master of the Legion in order to use these.

-Finally, a Primarch. Every one of these us unique, with their special rules tailored to either make them a beast (compared to other Primarchs) or to make them a buff to their respective armies. Examples of the 'Beast' are Primarchs like Angron, who's rules almost solely benefit him, whilst the 'Buff-march' (new term, buff-primarch) includes someone like Lorgar, who is more driven towards increasing the effectiveness of his entire force, as opposed to being a death star which you drive up the guts of your opponent.

Alongside this, you have the miniatures themselves. Often fantastic in their own way, Forge World has (beginning with the Iron Hands) also deigned to make upgrade kits for the standard armour sets, allowing your models to really look the part. These kits include torsos, heads and funny enough, shoulder pads, but they were released from the get-go anyway. There is also a range of etched brass and transfers (tho I have a gripe here that Forge World has been lazy with bringing out transfers for many of the traitor Legions). One by one, each legion is slowly receiving a unique command squad set, as well as kits for their 'special units', such as Medusan Immortals, Grave Wardens etc. On top of this, there are custom Contemptor Dreadnoughts and multiple vehicle upgrade kits, mostly revolving around the doors.

There are the kits in the Horus Heresy Character Series as well. These kits include both the Primarchs, and the most notable Special Characters of the series, such as Typhus and Kharn. Unfortunately, these kits take a LONG time to do, as they are much more unique then any other aspect of the army, and can take quite a while to make an appearance, (Mortarion has jet been released, only 20 months after his rules were released).

I like what has been done with these armies, the one thing that really gets me down however is that the BASICS haven't been released across the range. By basics, I am referring to shoulder pads, and possibly helms and torsos. You see, if you are playing armies like Blood Angels, Ultramarines, Thousand Sons, Dark Angels.... you could be waiting a LONG time for your conversion accessories. This really hurts, because people don't want to make an army only to have to redo all their shoulders 18 months down the track. I will use my Thousand Sons as an example here, I built these models using MK II power armour, and their shoulders had Chapter House shoulder pads to stand in for the bizarre (and really annoying to freehand) symbol of the Legion. I hear in 2012 they are doing the Horus Heresy series, and a bunch of World Eater, Death Guard and Sons of Horus shoulder pads came out, ok cool. "Well," I think, "I guess since Prospero happened just about simultaneously with Istvaan 3, I can expect some Thousand Sons parts very soon." It's been two years, and after the news at the open day, I'm afraid that project will have to wait at least another year to 18 months. As I pointed out when replying to a comment yesterday on the blog, I actually have a few mates who have built Emperors Children forces, thinking that the transfers were just around the corner, but here we are 18 months on and they are considering ripping the shoulder pads off across their army and replacing them with the bulky embossed sculpted pads or having to freehand every shoulder. This is REALLY lazy as it is only a matter of designing some artwork in photoshop and printing it, they did it for three of the first four Legions released and none since!

This may sound all doom and gloom, or just whiny, but the fact is, it has actually put quite a few gamers off getting themselves involved in the Heresy. "Macca," I hear, "I want to play Dark Angels, but there are no parts for them except the transfers. what if I build them all and they change by the time Forge World gets to them?" To this, I have to say,

If you love your army, and it suits you, don't worry about Forge World changing things too much. I used the colour guides from old Chapter Approved articles to paint my Raven Guard, hence their markings and colours are subtly different to the ones in Book III. Does it phase me? Do I not get games? Hell no! Sure, it sucks not being able to build the Legion exactly as you want to, but be patient, Forge World will get around to it, and they will do it justice. I have nothing but faith in Alan Bligh, (note: I had nothing but faith in George Lucas once) and that's why I'm not too pissed off about Prospero going on the back burner.

Yeah, look, there is no easy way to say this: Forge World is expensive. However, this seems to greatly depend on where you live. In the UK, the Games Workshop (duh, where they sell the warhammers thingys derp) is noticeably cheaper then Forge World. Here in Australia, well, it isn't so clear cut. A set of 30 tactical marines in MK II, III or IV power armour, with some upgrades and a wide variety of weapons costs around ~$300. To buy the same amount of men in plastic from Games Workshop costs ~$230, however, you don't get the same upgrade option, you only get a couple of combi-weapons and some boltguns. To kit them out the same as the Legion Space Marines, you are looking at about the SAME COST. When it comes to vehicles, thanks to a not so bad exchange rate, and UK pricing, 3/4 of the Forge World vehicles work out cheaper then their off-the-shelf counterparts here! Yes, that's how much we get screwed by GW prices here, but that's not the point. The point is, that here, it's financially as viable to buy a Legion army then a 40K one. This is especially true considering how units often change from being good to terrible each release of a codex, often meaning you have to buy all new 'plastic-crack-cocaine' to stay competitive.

At the end of the day, it's a hobby, and all hobbies are expensive. Like any hobby, there is a pay off for the cost, and that's the warm gooey feeling we get from completing our goals. For the hobbyist, Horus Heresy, to me at least, is the pinnacle of Games Workshop and their dark sci-fi universe. It's not the cartoony world of 40K, it's the true Grim Dark Future. For me, cost is not an issue, I'm a hobbyist, first and foremost.

There is a lot more that can be said about the models, the cost, the rules etc, but I have to not make this article too long. The point here is the basics, what does this mean to you, the wargamer/hobbyist, how does HH work for you. Well, that's all for now guys, I hope that I have been able to provide a little detail on what we have so far in the way of lists and miniatures. Until part three of this mini-series, take care,