G'day guys, Macca here, and today I am back onto the Raven Guard!

With the release of Book III: Extermination from Forge World, I finally got my hands on the Raven Guard Legion rules, and might I say, I love them! The only unit that didn't catch my fancy was the Moriat special character, because, he sucks. S4 rending pistols are a bit mediocre, but he'd be good against Mechanicum, I guess...

Anyhoo, I thought I would try my hand at building Strike Captain Alvarex Maun. I have this lovely little image of the man, and his rules, but no points values because that would be wrong. This guy isn't the nastiest guy in the Heresy, but, he did survive the Massacre and was one of only 4 commanders in the Raven Guard to do so, so it's pretty fluffy for my force. 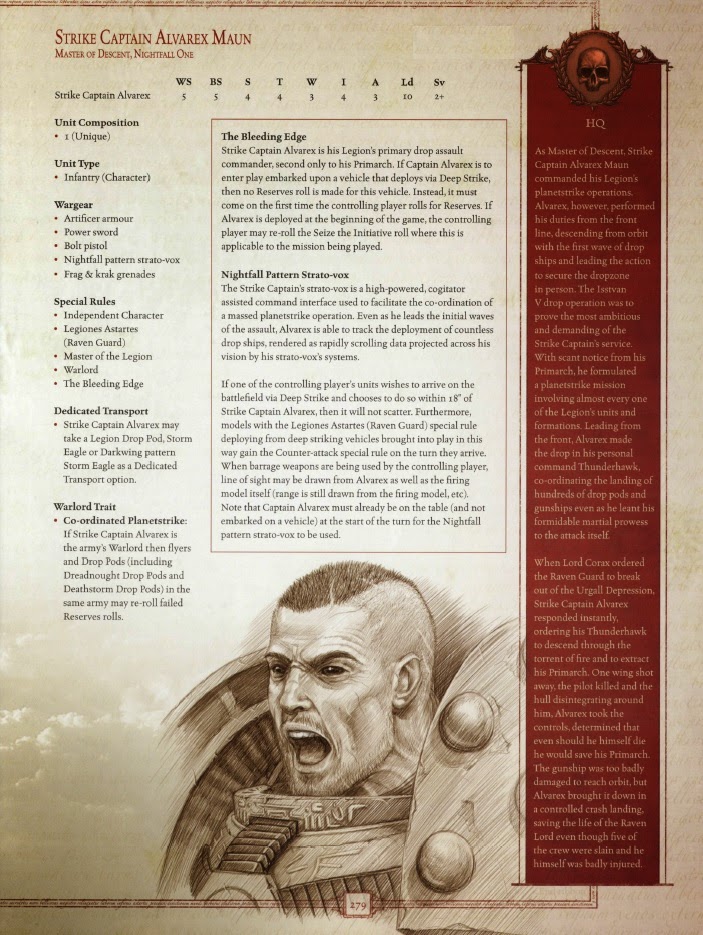 The wargear selection is key when building any character, in this case, he is wearing late MK armour, probably early MK VI, but, I decided to stick with MK IV as I love the more dynamic poses of Legion MK IV plate. Wargear as written is a power sword and a bolt pistol, and the key feature is his Nightfall Pattern Strato Vox. I built it by using a MK IV vox pack combined with a legion recon squad vox upgrade plate (the extra two antenna). The leather waist straps are from Anvil Industries, for anyone interested, and really help to sell the captain look. His head is the MK IV commander head, (from the Forge World blister with the guy holding the banner and the captain holding his helmet) which I have hacked and filed into in order to get that signature mohawk. To finish off, I used shoulders which look like the ones in the picture, and added some pouches to his waist and a combat knife to his backpack. 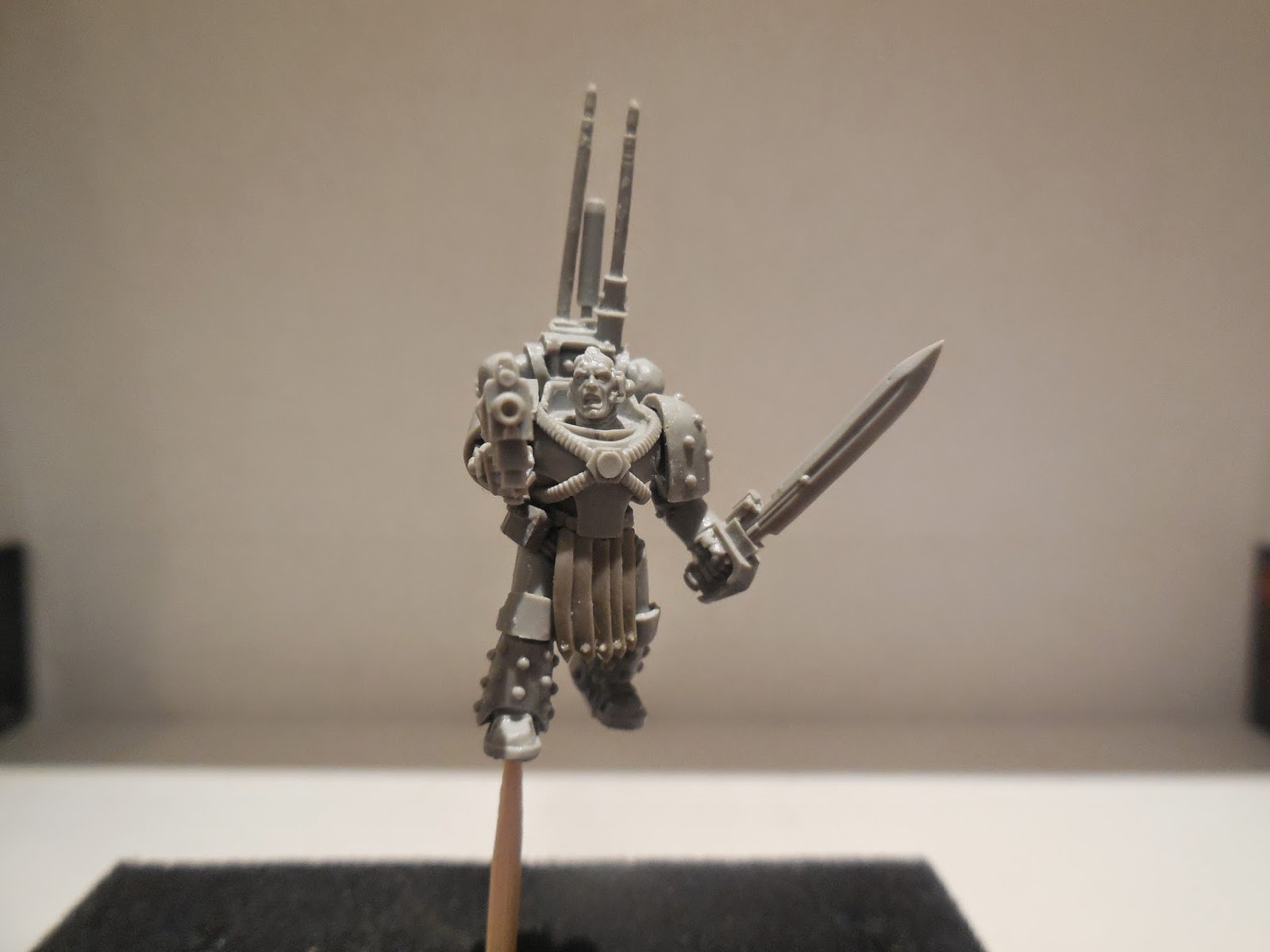 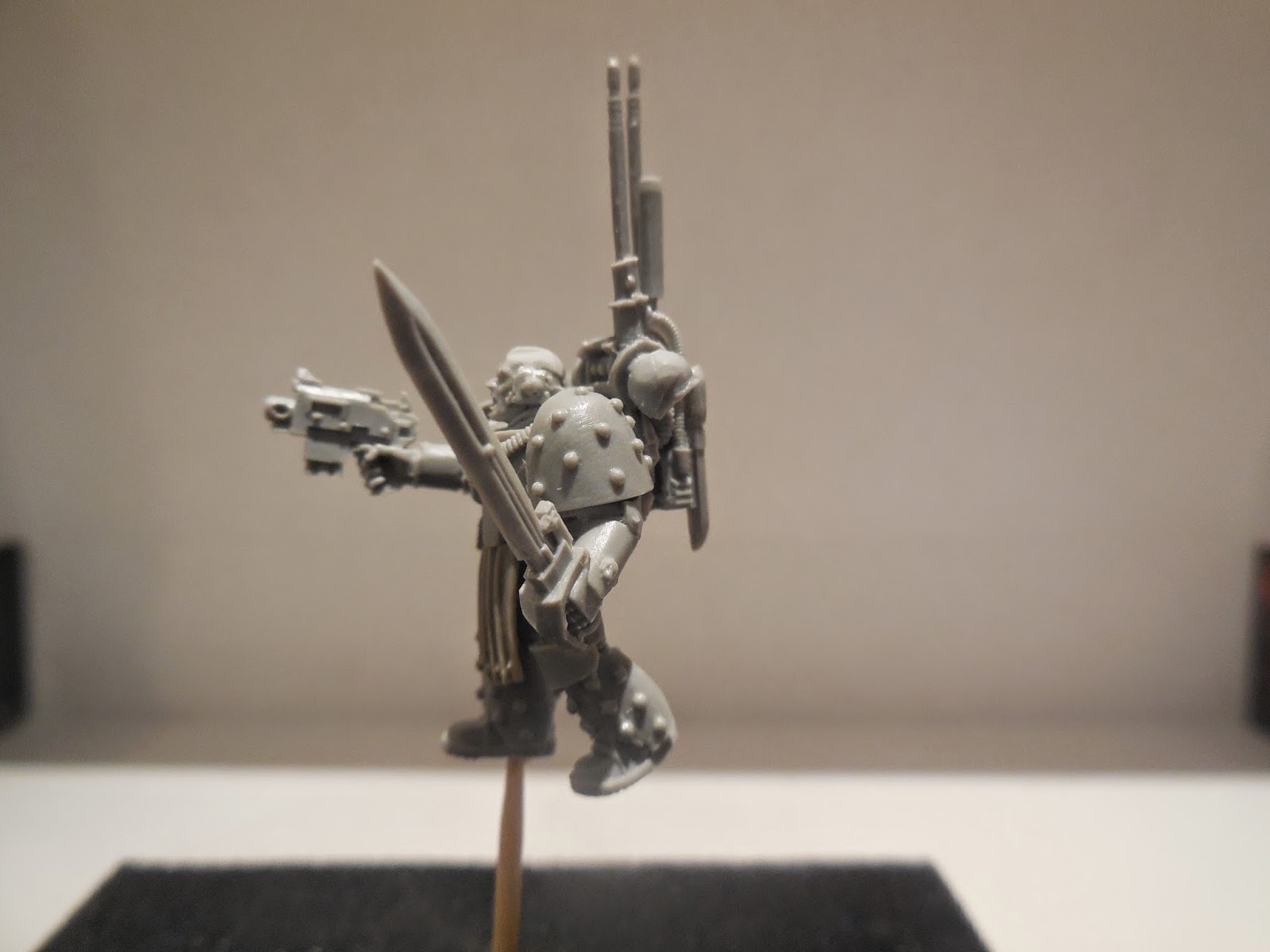 So what do you think? Looks like Alvarex? Let me know below,