Macca here, showcasing this weeks work. Believe it or not, these models are from my Death Guard Legion, with the bikes repainted, and the dread converted.

On to the show. 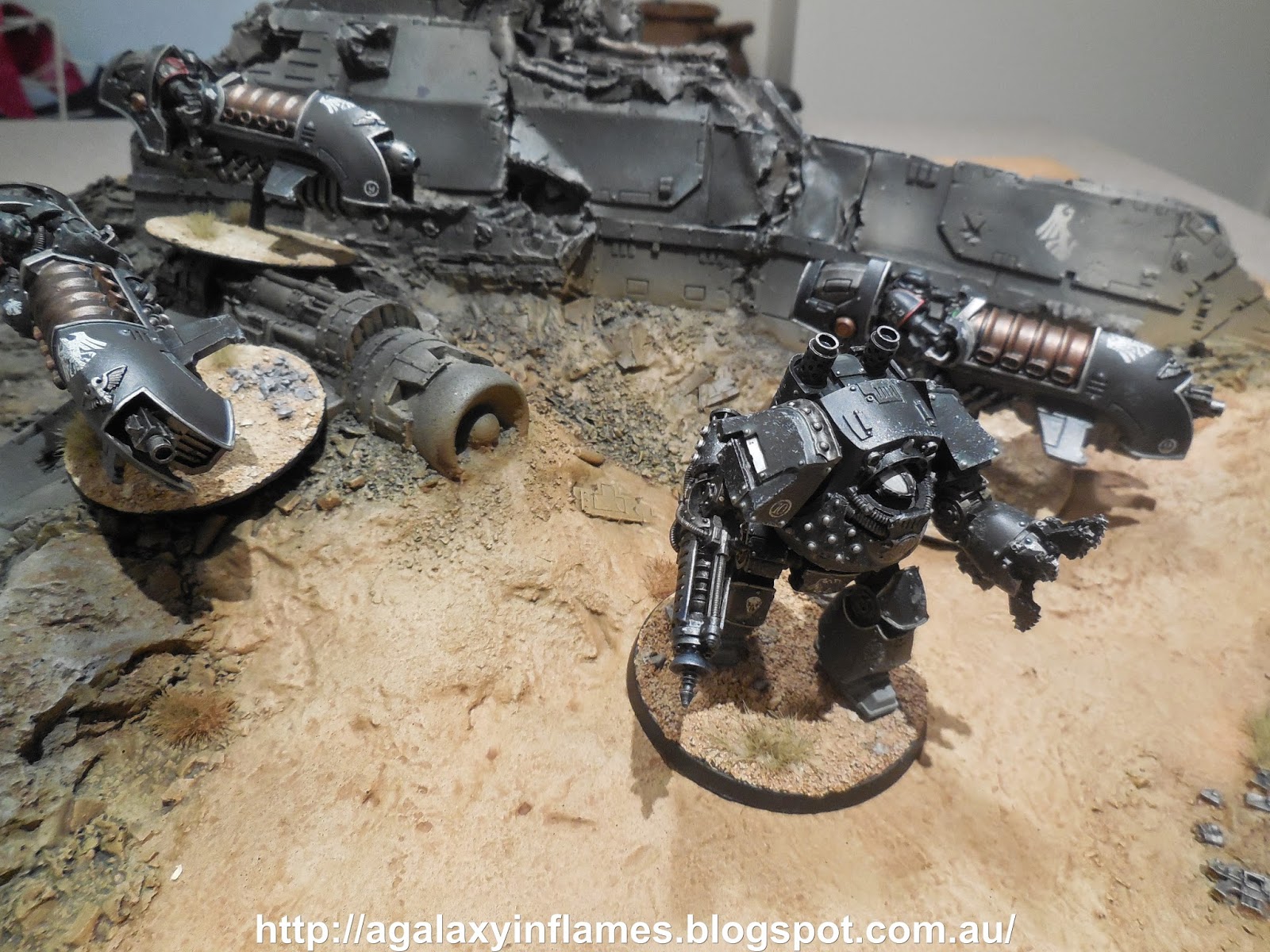 I have given all the bikes a subtle lean by VERY carefully heating the flying stands to curve them. These stands are very brittle, and also, can melt, so be very careful if you attempt this at home. The Raven Guard jetbike picture from book III was my guide to these, and lucky for me, my previous Raven Guard forces used the same tones, so I was able to blend these bad boys in well, the only major change from the book being the single red trim shoulder pad. 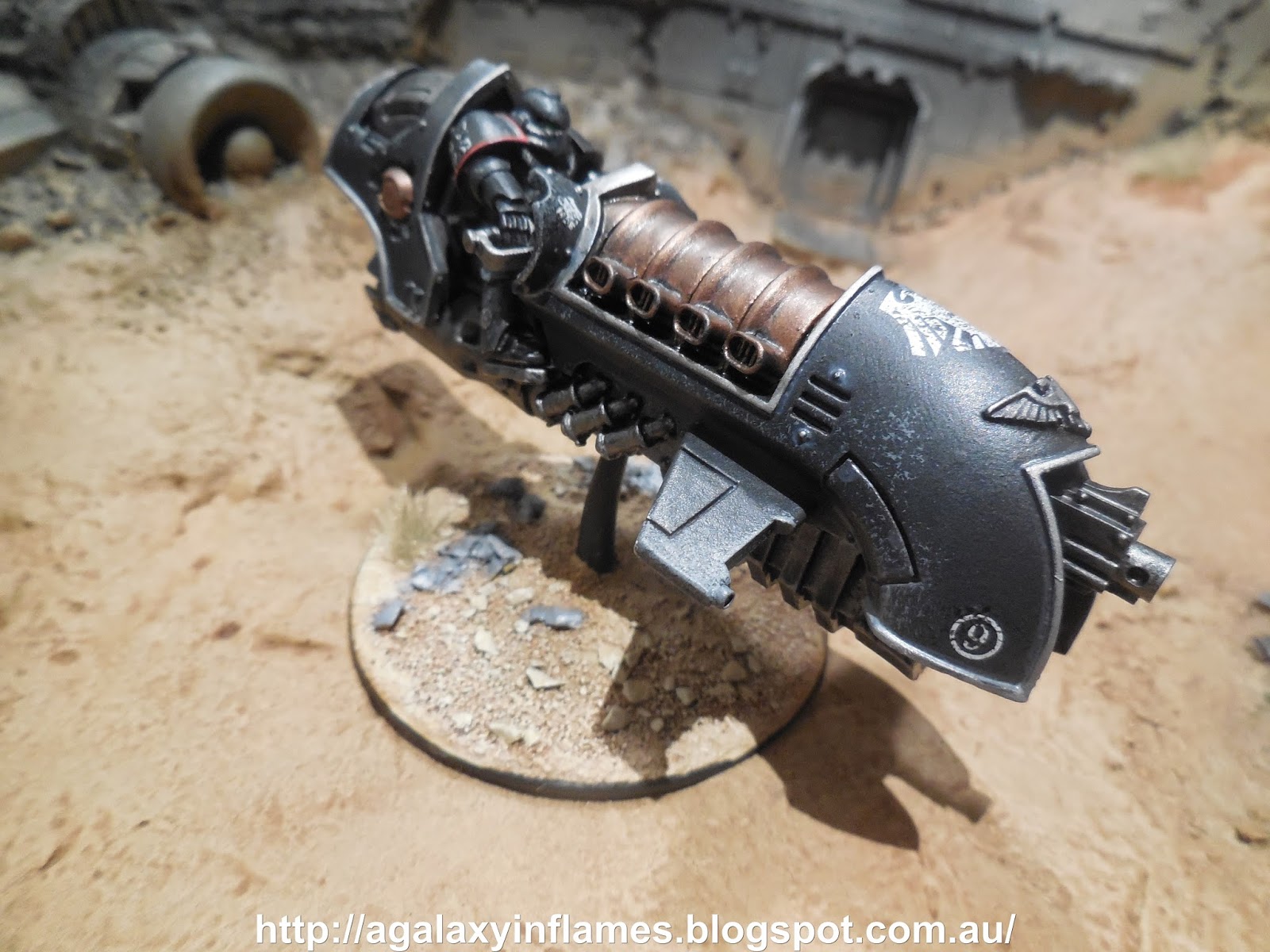 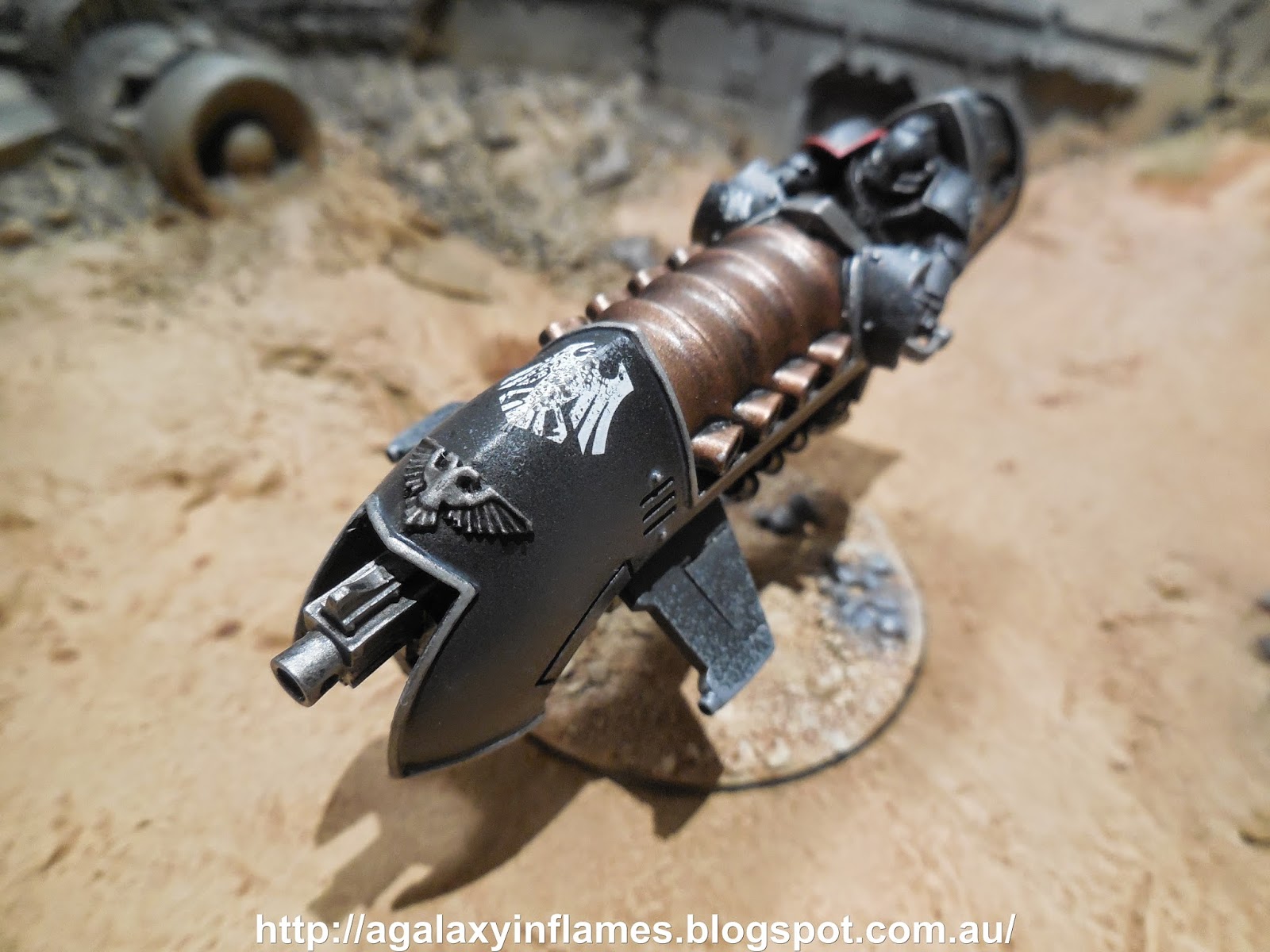 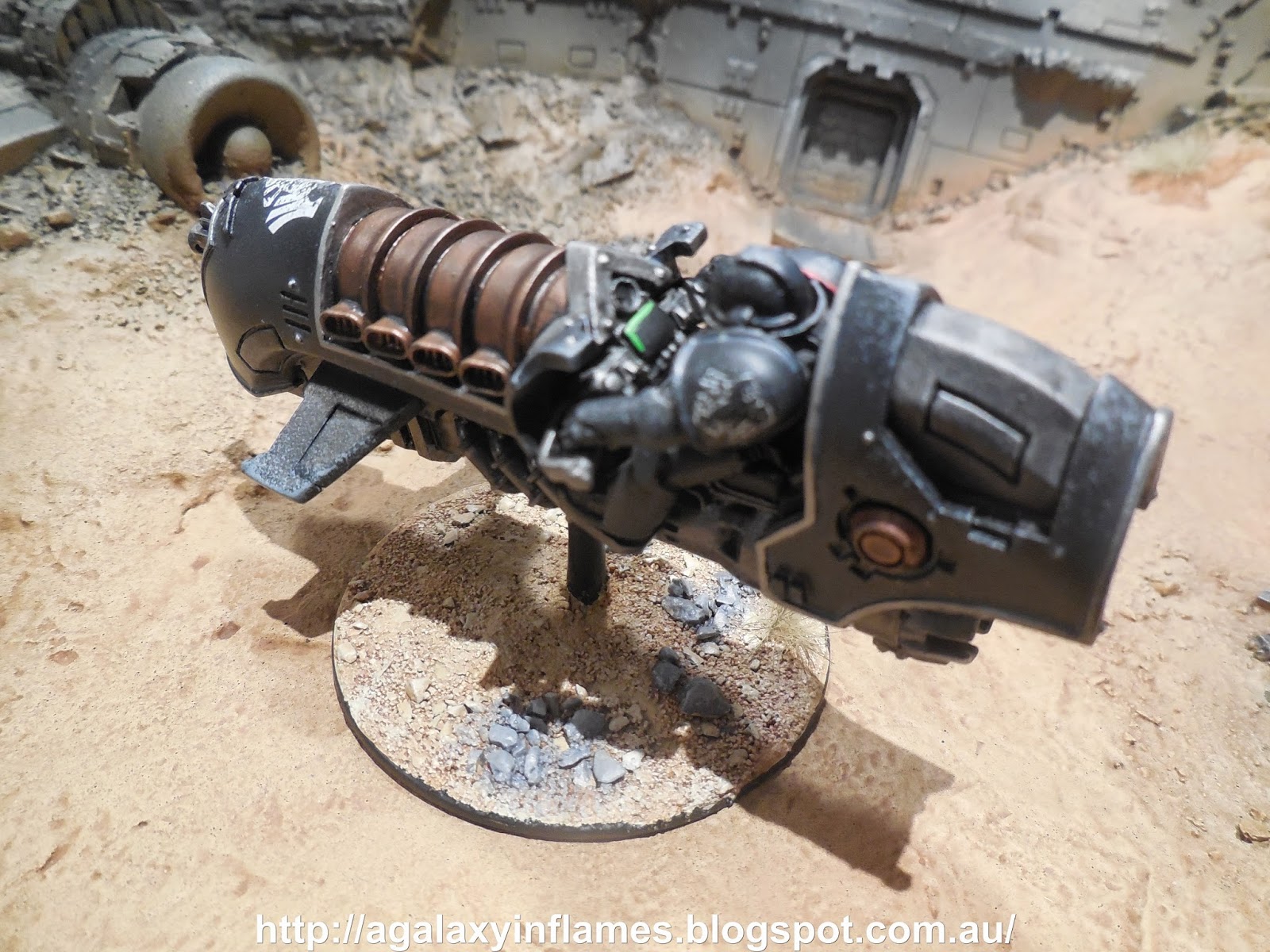 On the underside, I used a light blue wash to create the afterburner effect on the engine tips. 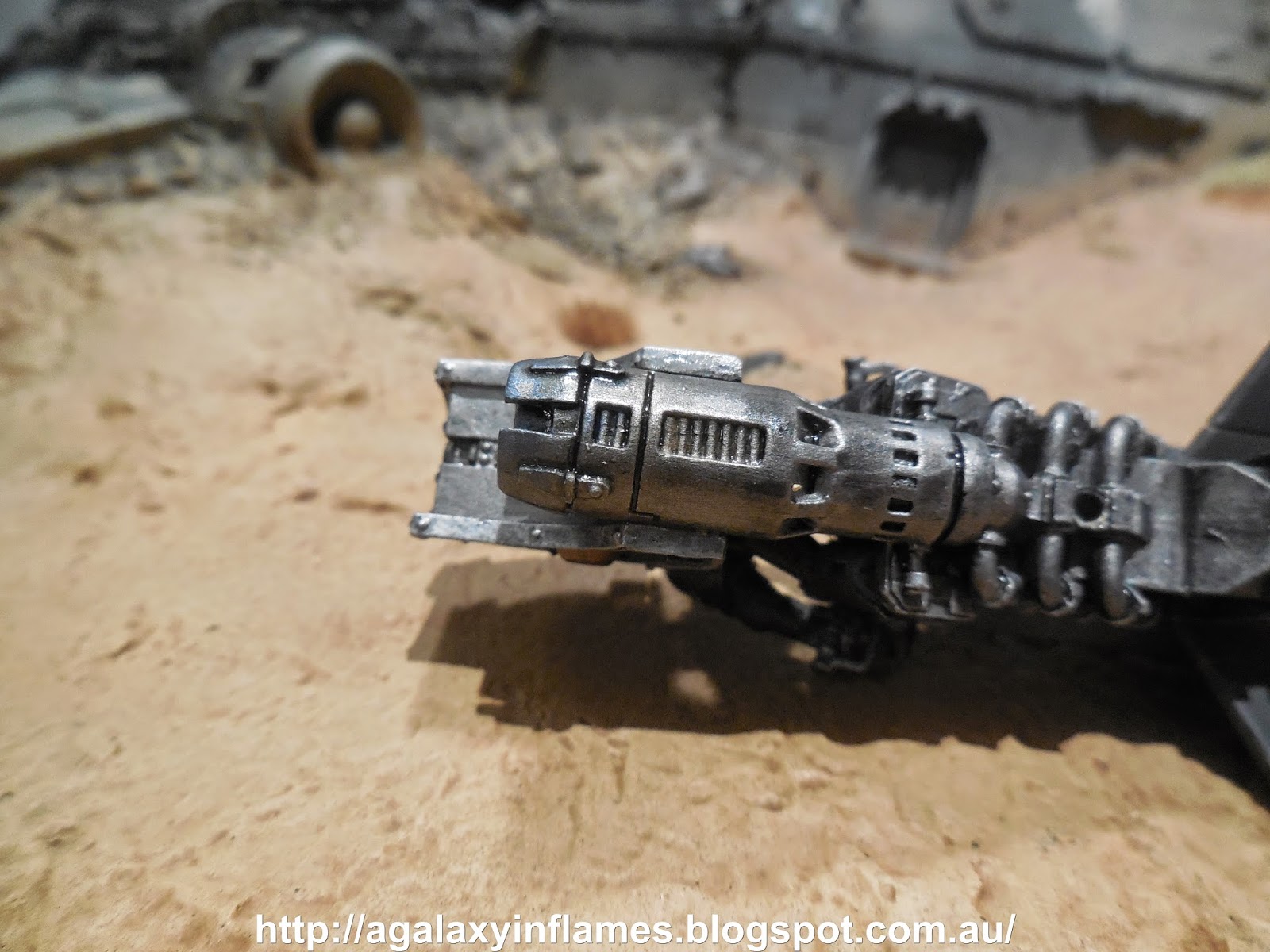 Raaaarrrrggghhhh! Chainfist! I was not happy with the FW chainfist sculpt for the the contemptor. I t just looked lazy, and it's a real shame, since the guy who sculpted it has done almost every other weapon in the Horus Heresy range and nailed every one. So, I used the boltgun chain-bayonets as fingers, partly because it now IS a chainfist, but also, it almost looks like a shark side on, a possible nod to the Carcharadons of 40k, you never know...

(I'd also like to note, it's not my idea, I'm not the first guy to do this,all I did was pose it and paint it this way.) 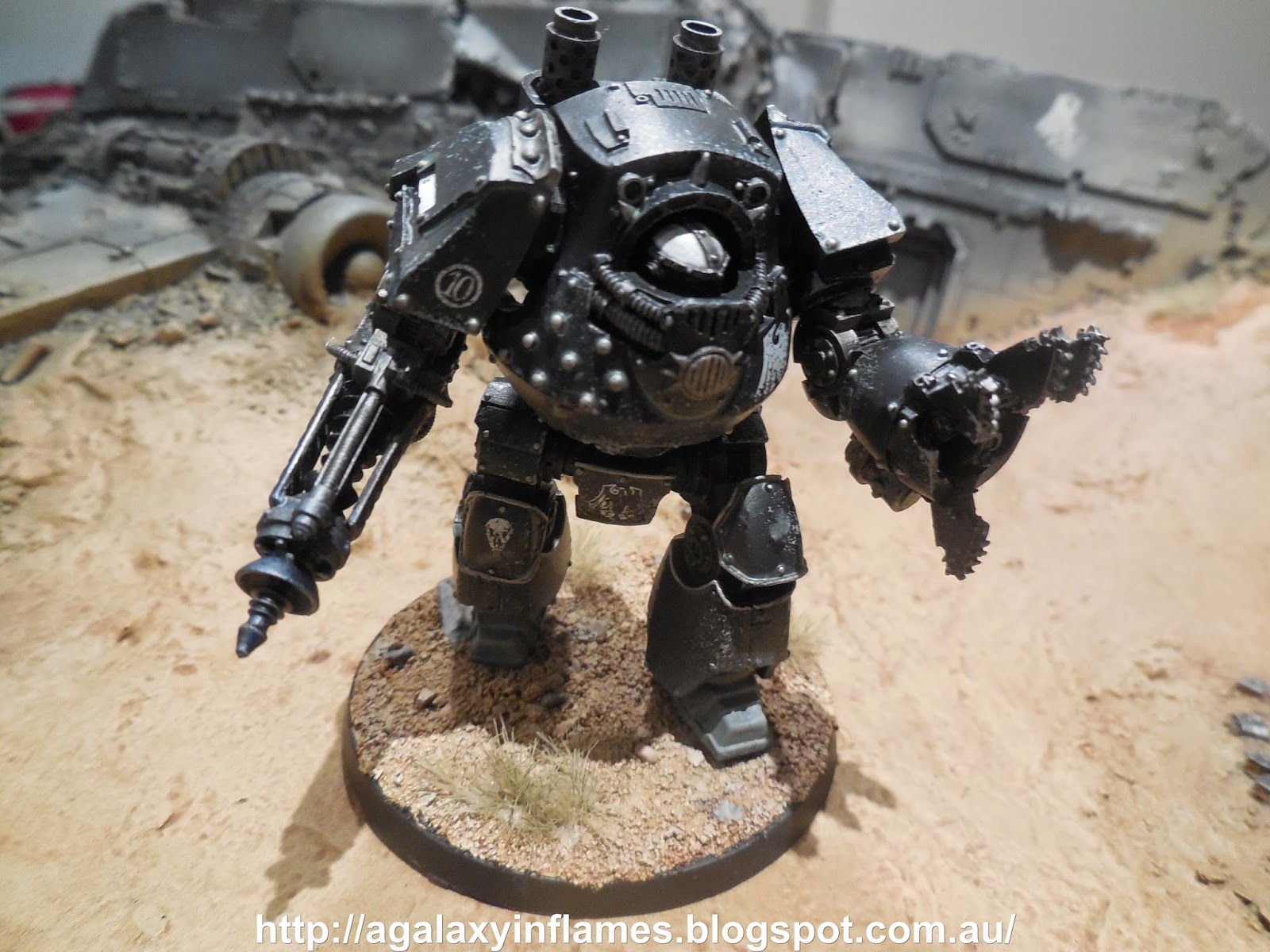 Again, a soft blue wash blended into the silver gives a real burnished metal look, like the material has been subjected to great heat and cooled again. 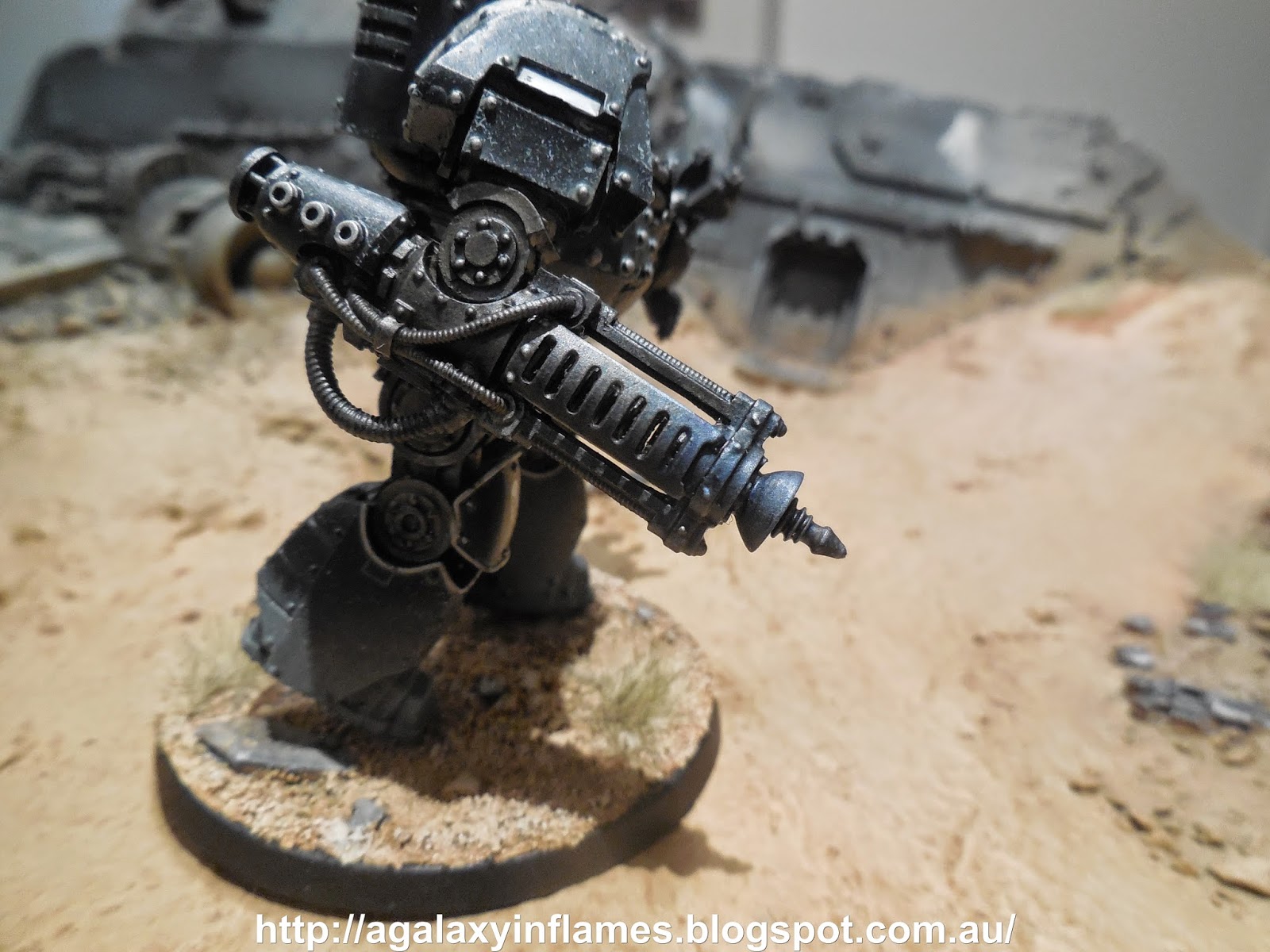 This is probably the last thing a group of traitor marines saw... 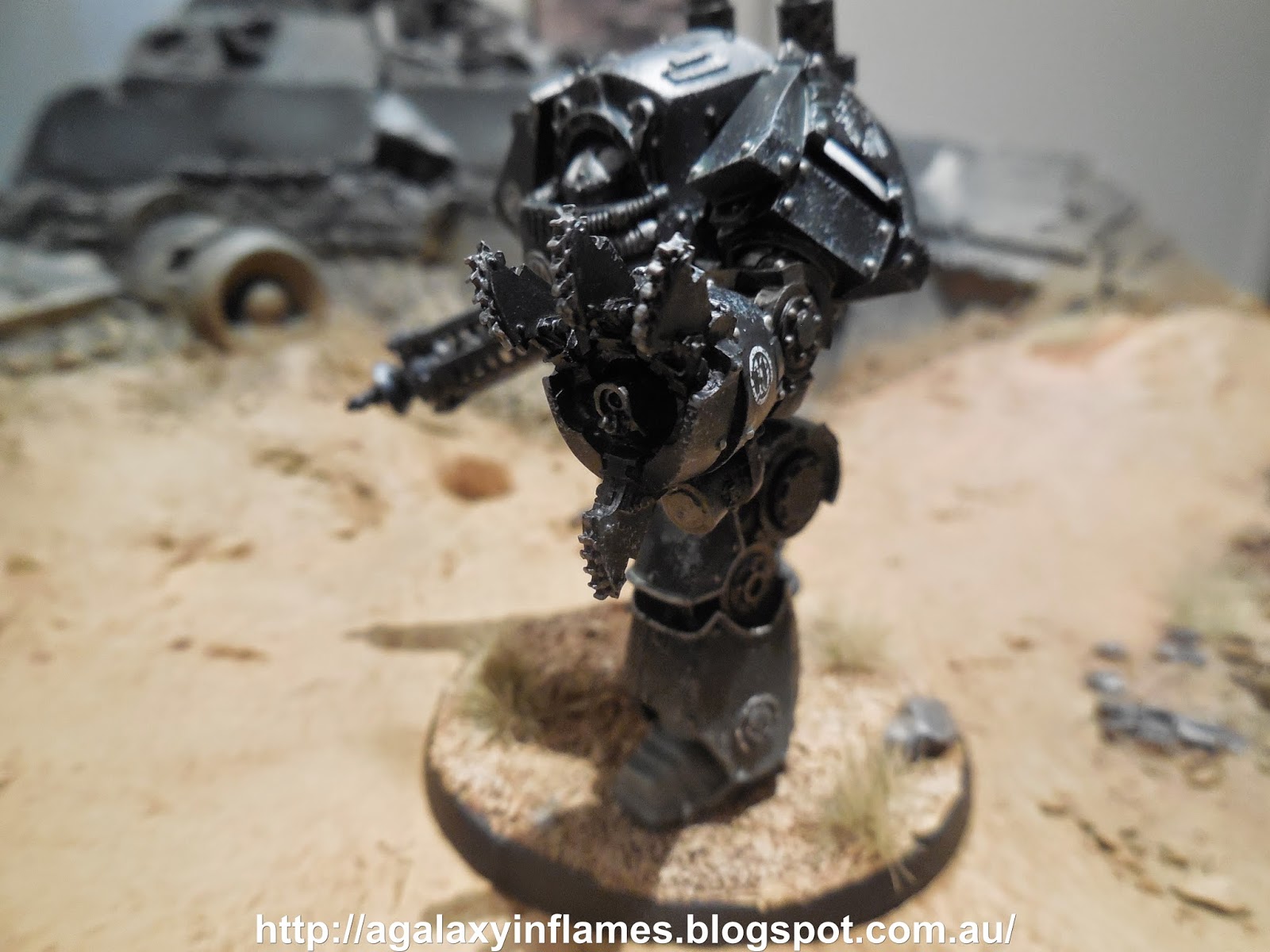 Arms off, and you can see the decals a little clearer. I filed away all the Death Guard iconography to turn this bad boy Raven Guard, and in the blank space on the chest, I applied the medium sized Raven decal. I love it, it's again, similar to the picture in book III of a Raven Guard dread. 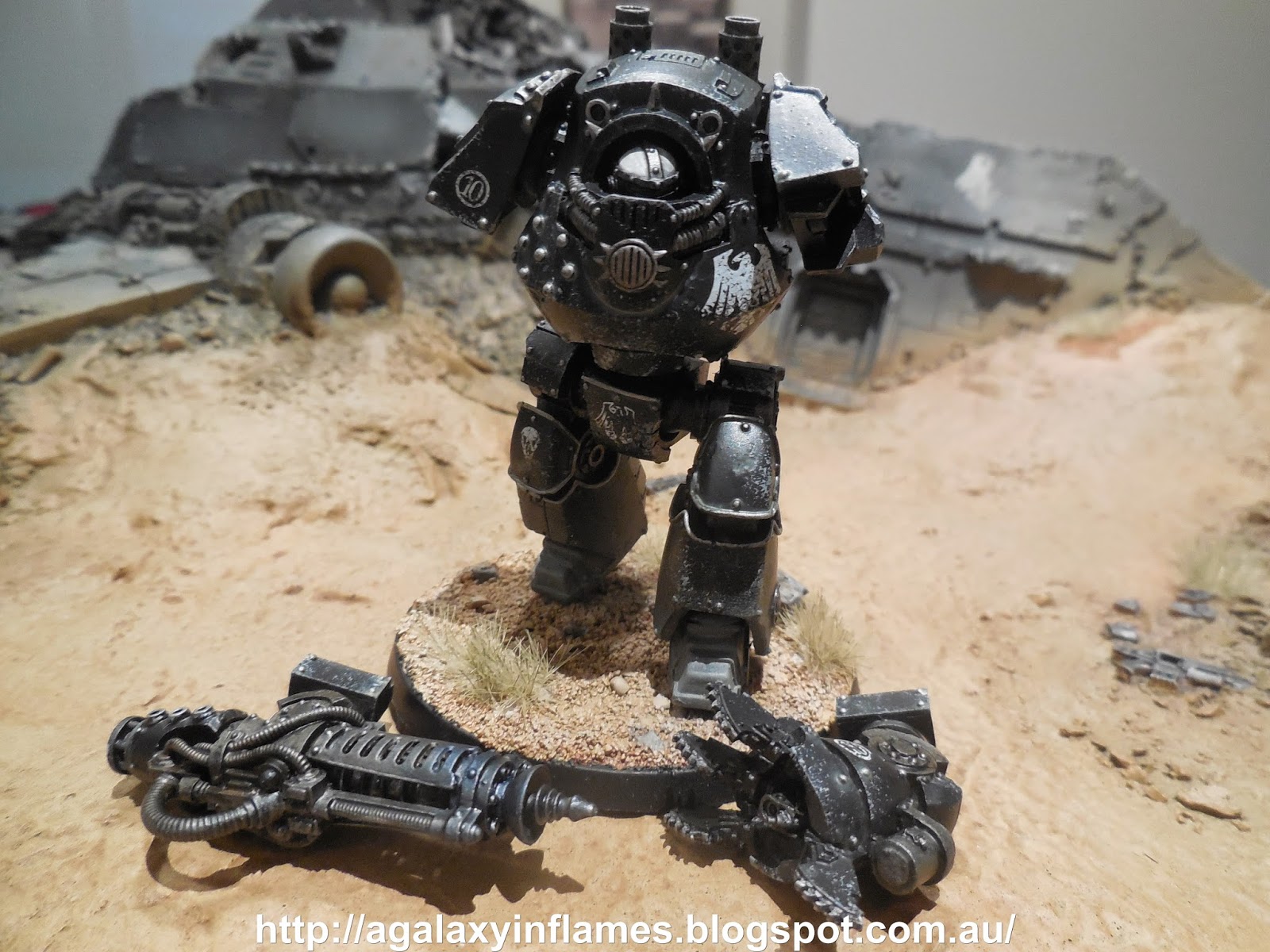 On a side note, all of these guys are 100% HAND PAINTED, just to see if I still had it in me after painting quite a bit with the airbrush over the last 6 months. I'm pretty pleased with the result, especially with the burnished metals. Well, that's all for me, I have a 1500 point game tomorrow and I will try and get some happy snaps from it, no promises,