G'day all, Macca here with a "by request" post.

I recently showed the full Legion assembled together and was asked if I could show the individual commanders. So, as I aim to please (everyone except Keepy, the jerk), here they are: 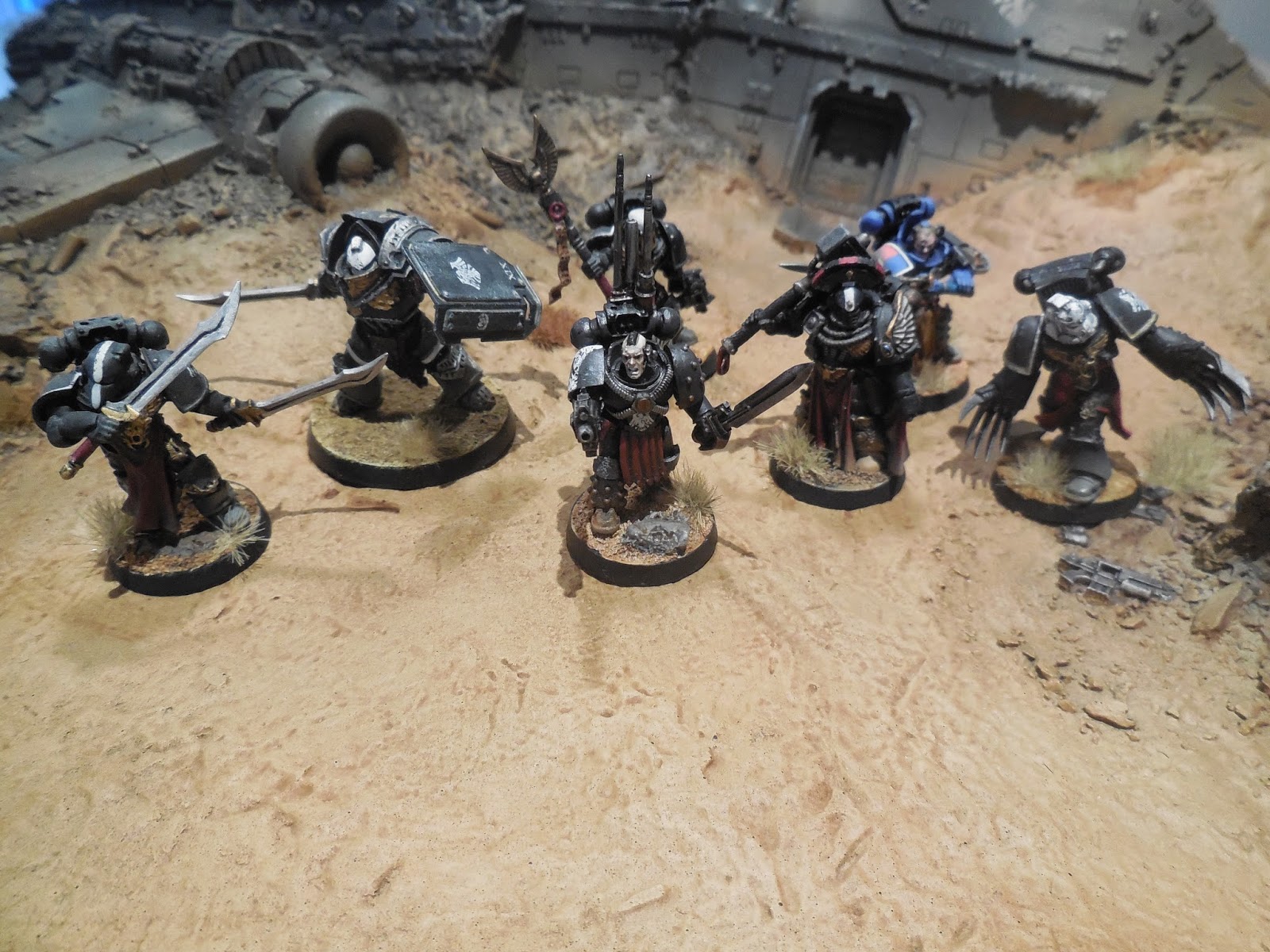 Alvarex Maun, you can find out how I did this guy here. 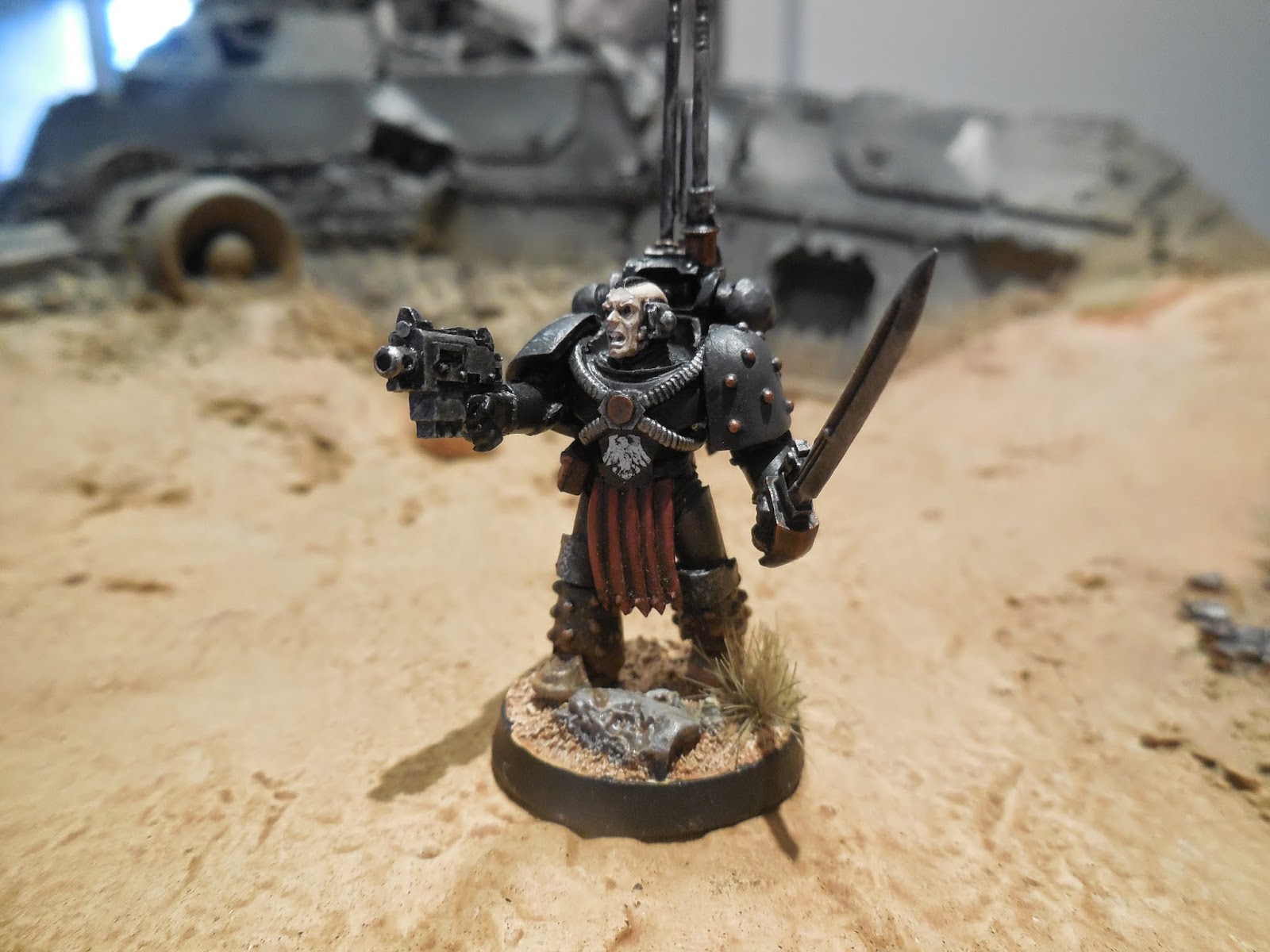 Terran-born Commander, with a home-made shield. I built it as I didn't like the existing ones and wanted something more slab sided and breacher siege shield like.It's also worth noting he was the first true model painted for the army, so a lot more technique was developed just from working on him. Side note, the shield is magnetised at the wrist joint, I can put any ranged weapon or CC weapon I like on that left hand. 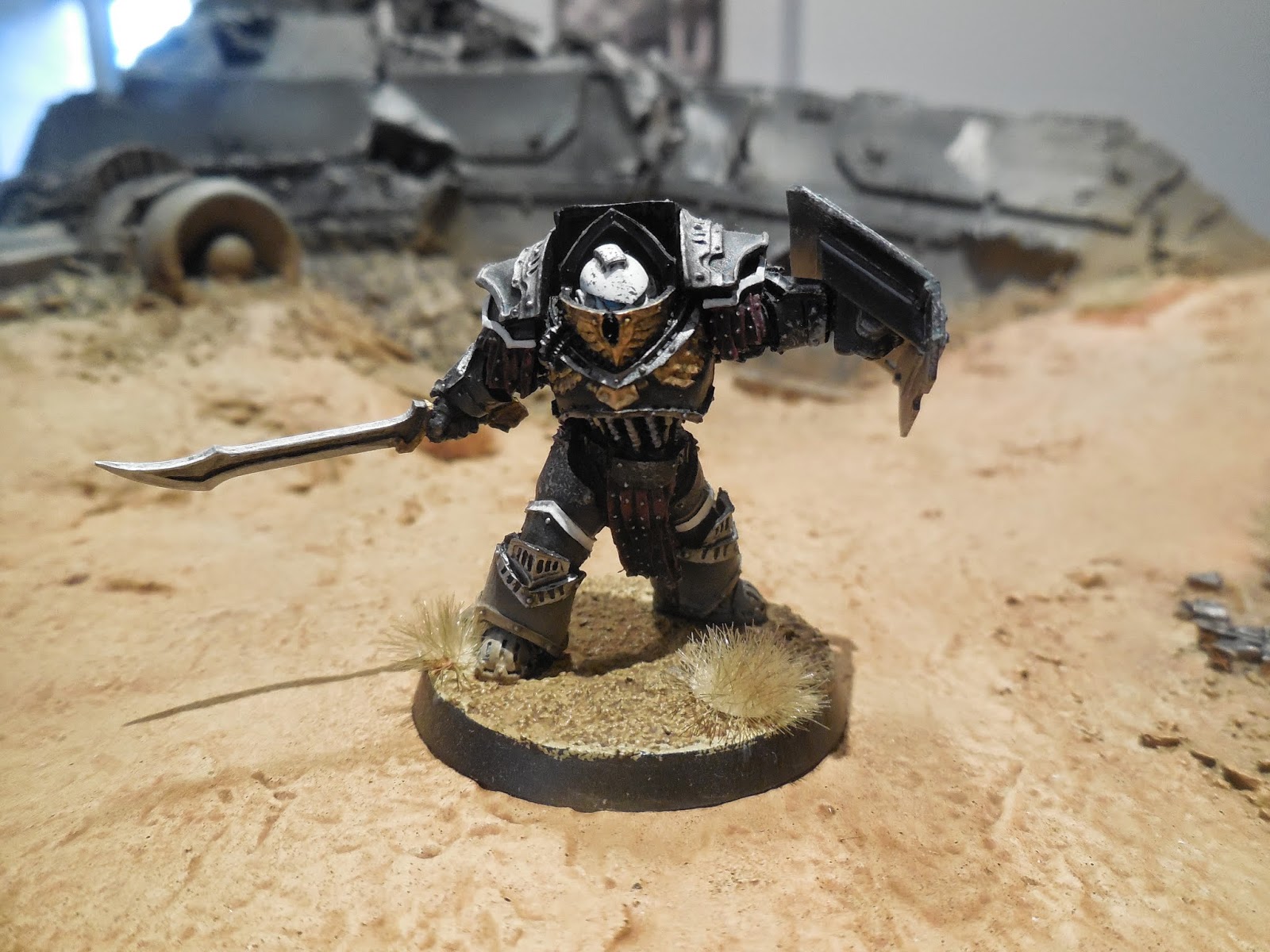 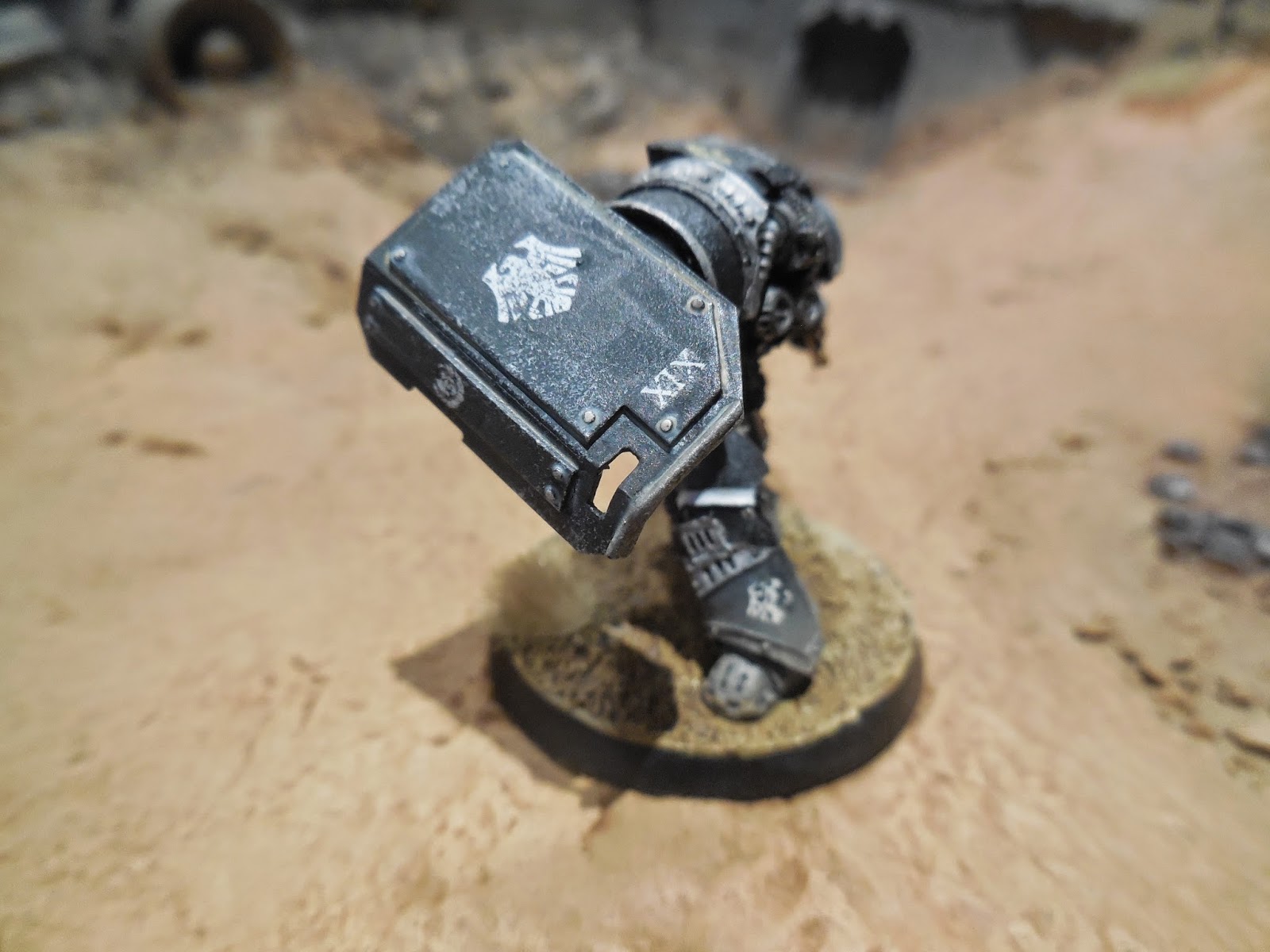 Strike Captain Aggapito,one of the Dropsite Survivors, I use him as a Praetor for most games. 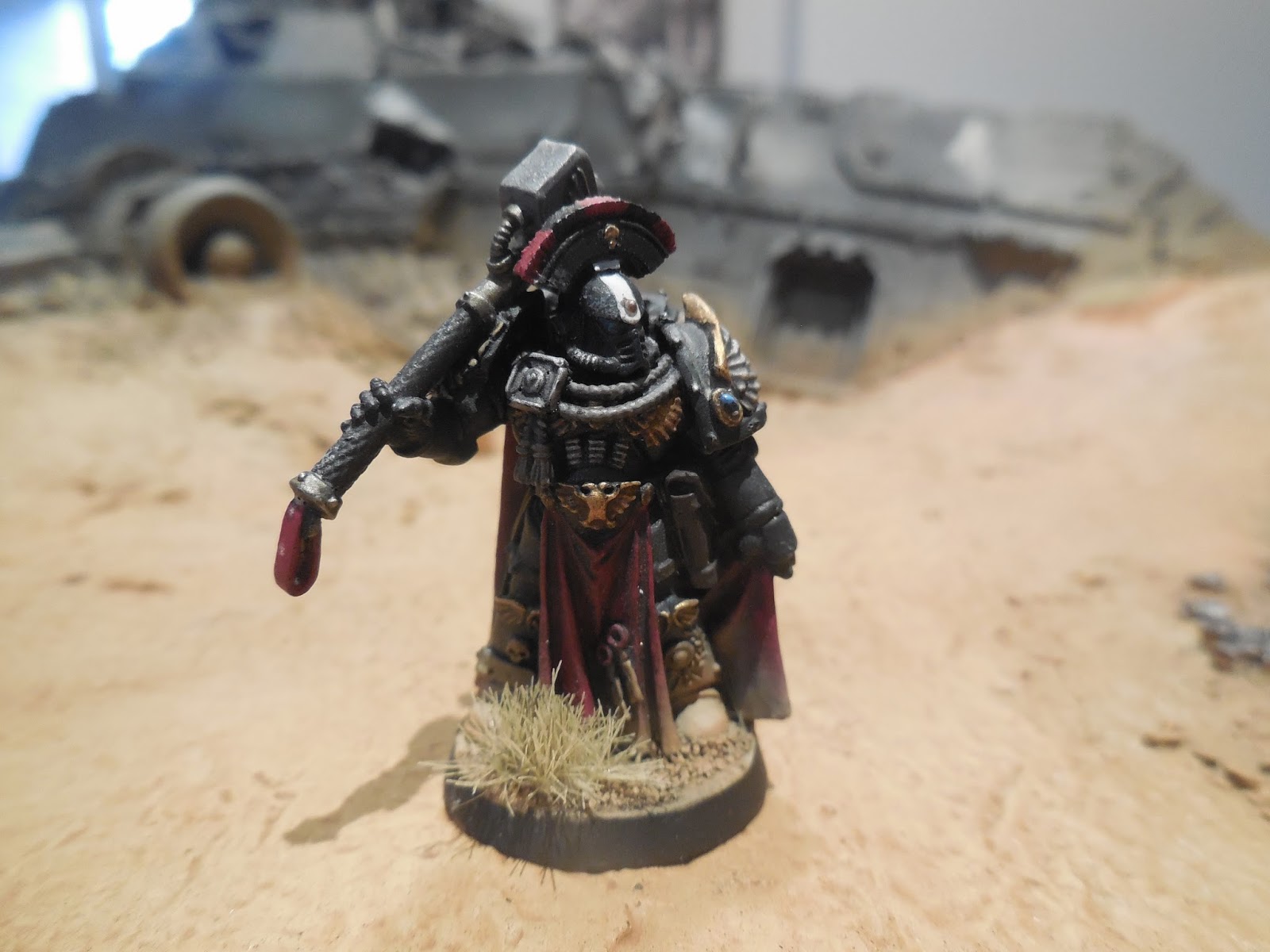 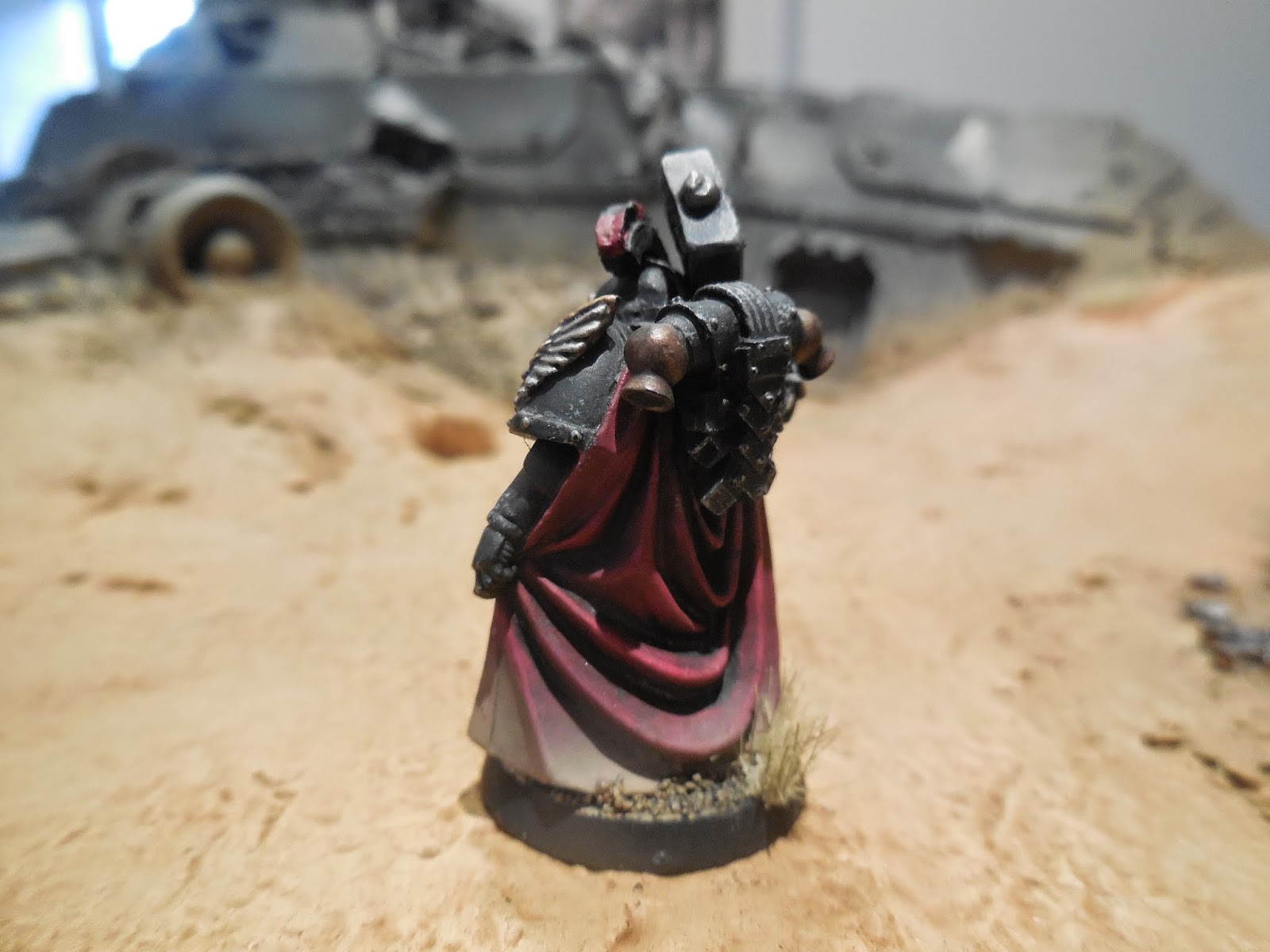 A Praetor OR Consul, with twin Ravens Talons. The claws are converted from 40k Warp Talon ones, as when I built him, the 'finger nails' type claws weren't for sale. 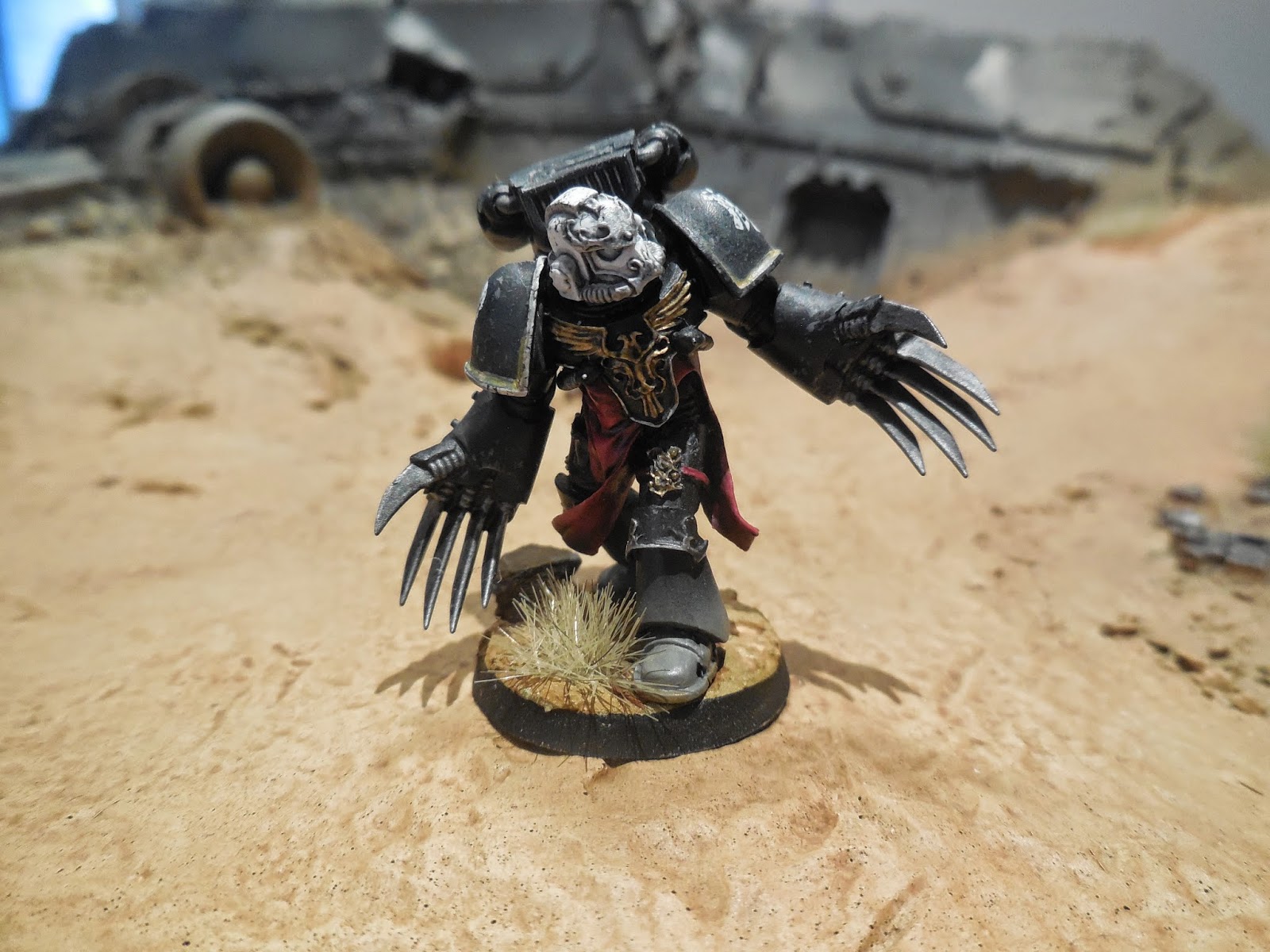 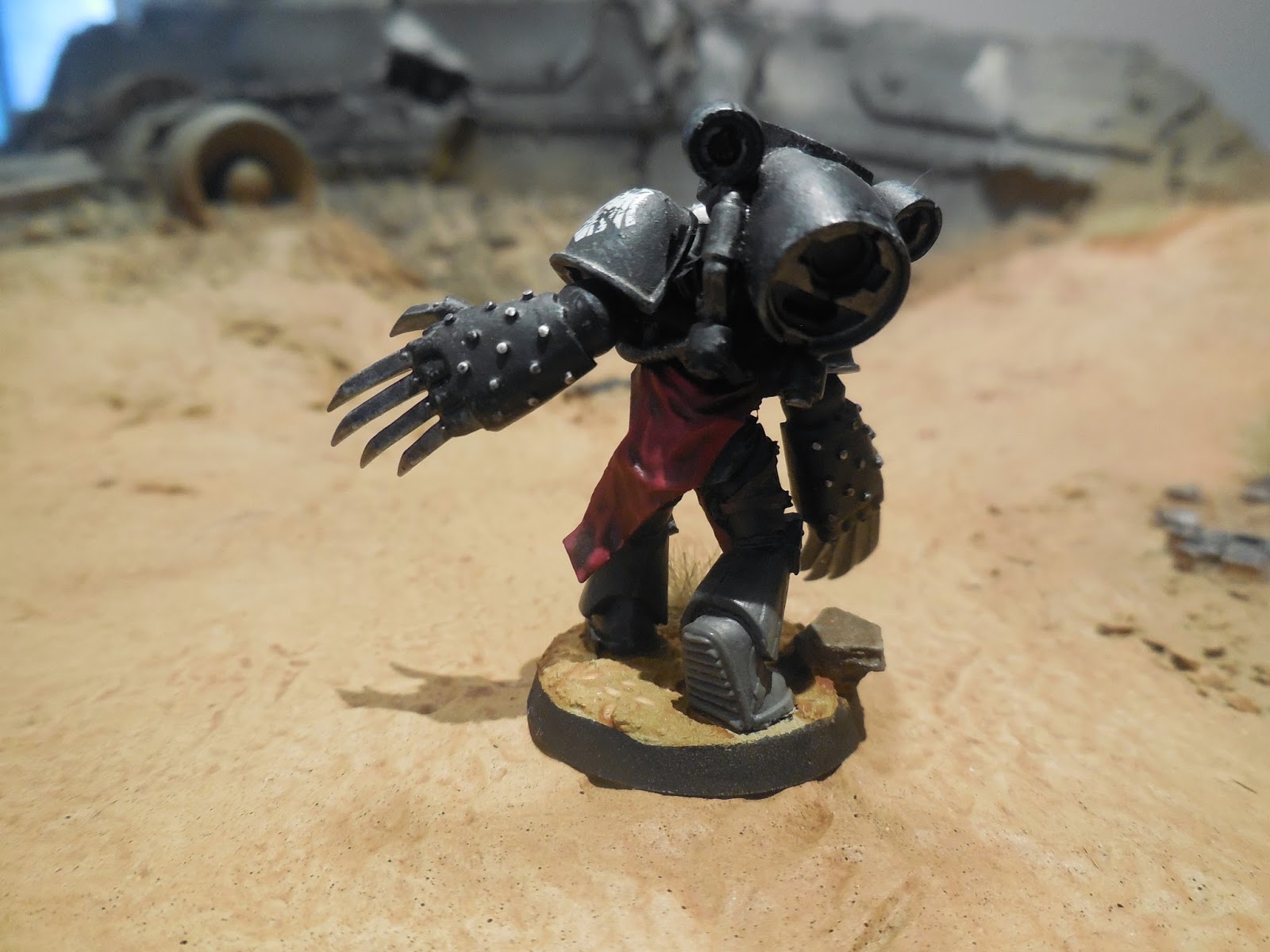 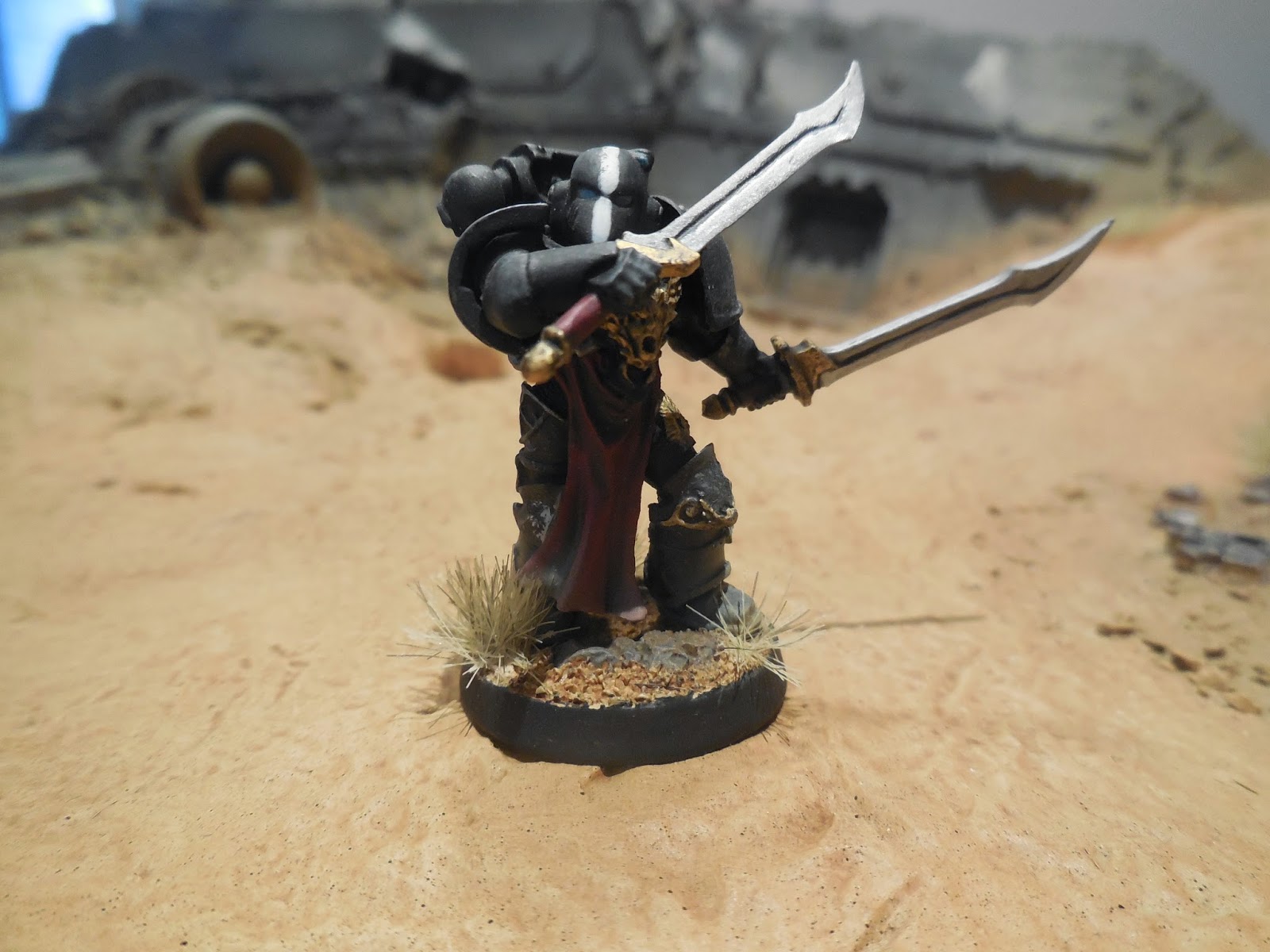 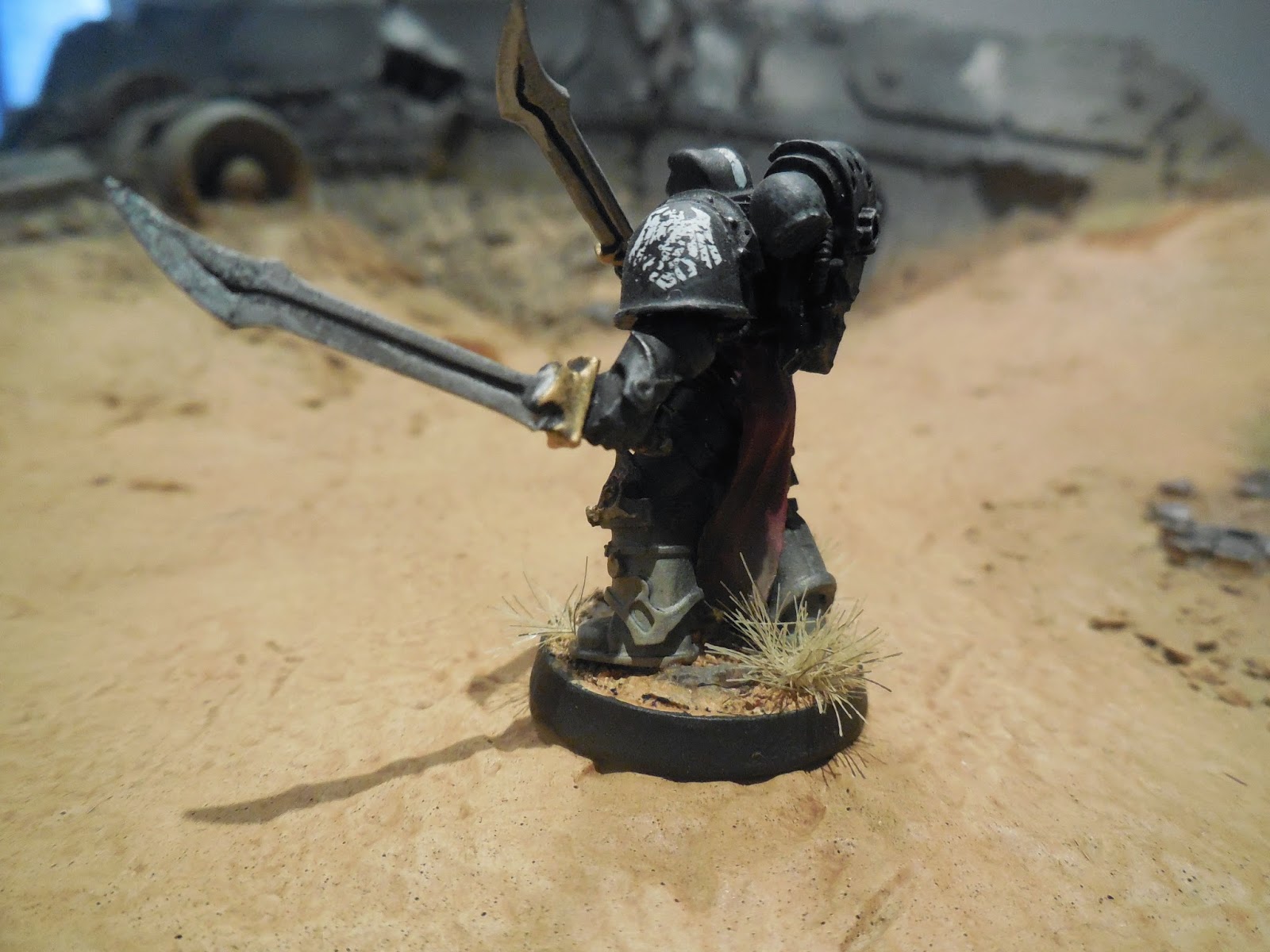 Legion Chaplain, an early attempt at a chaplain, this guy isn't used post-Istvaan, because all of the chaplains were killed... 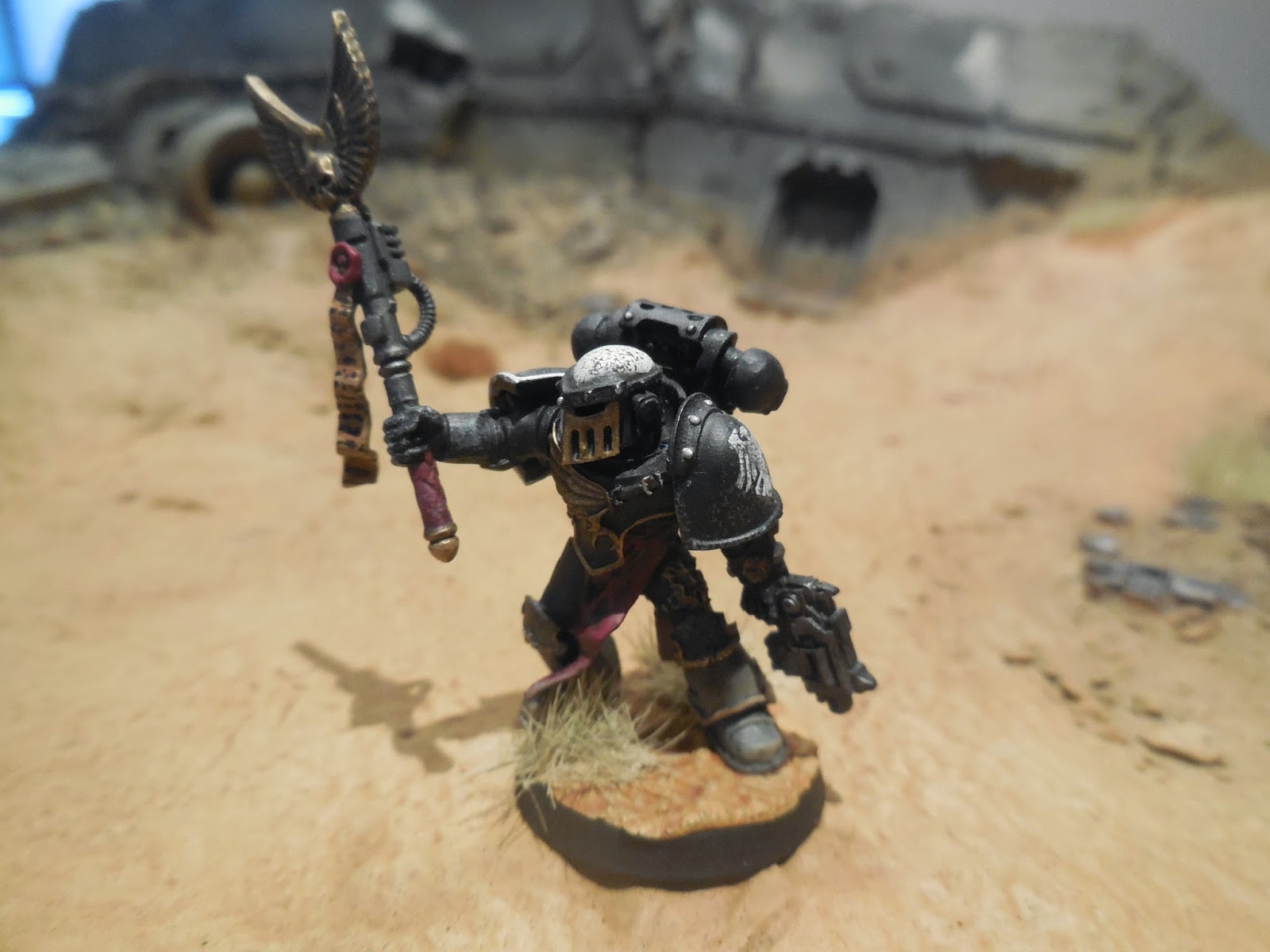 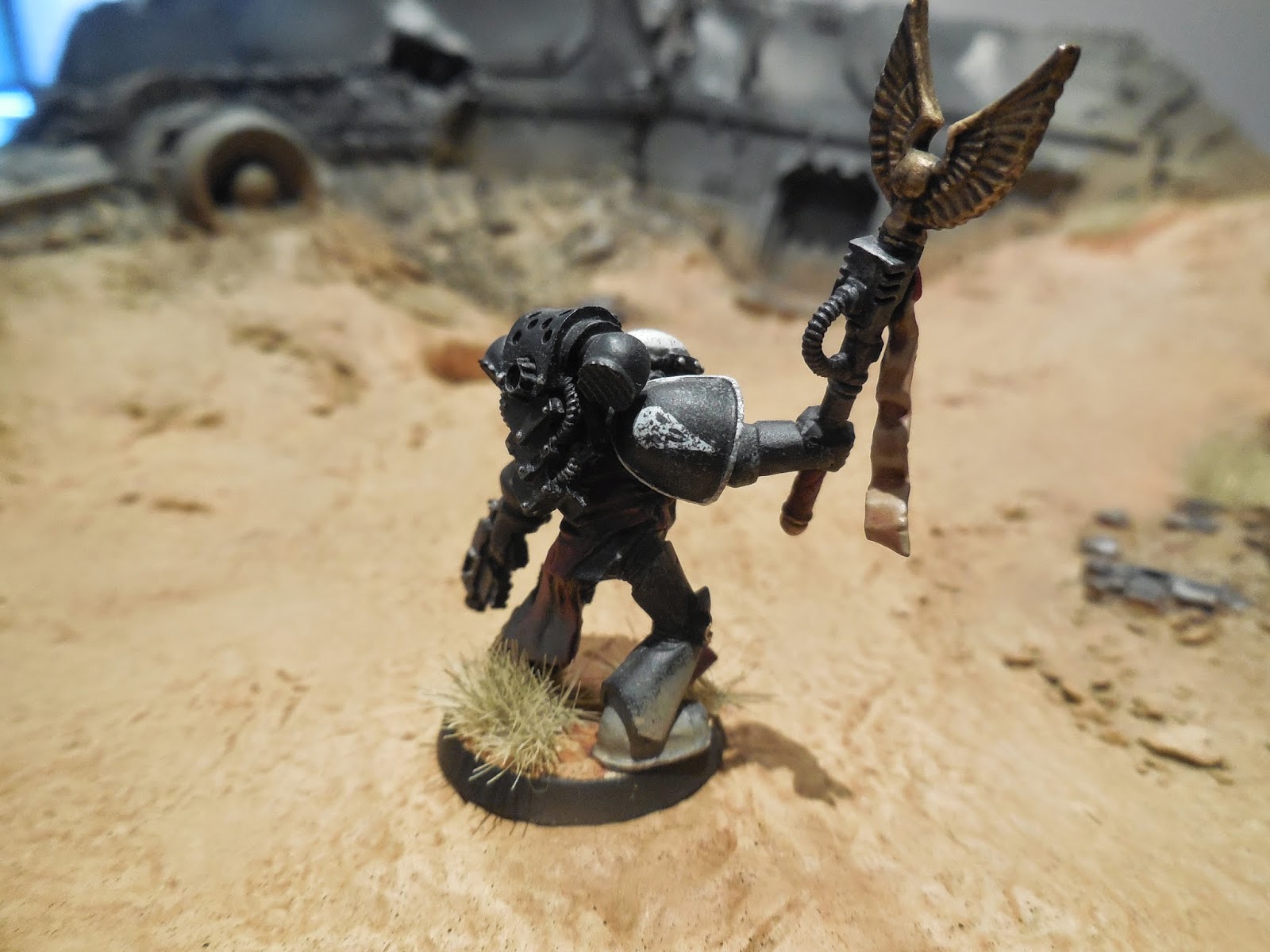 Legion Librarian, Pre-Nikea, or a while into the Heresy, I have him in the list, but I am not likely to use him very often. At first, he was THE go-to guy, but since Alvarex Maun has been so insanely good, I think I'd like to add either a Master of Signals or a Deep-Strike capable Praetor/Consul to give some more edge to the list. Side note, his pack is magnetic and I can give him a jump pack instead. 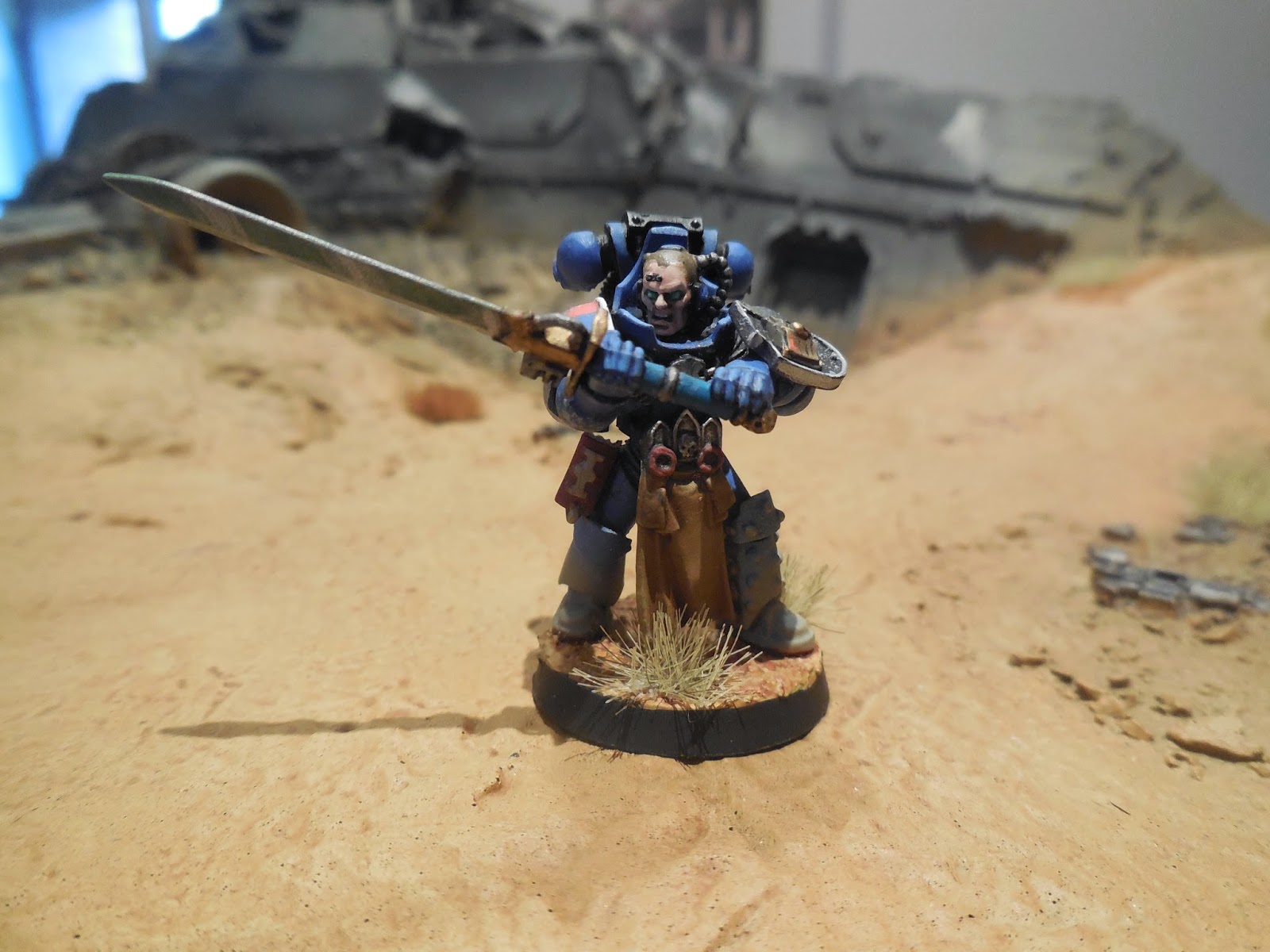 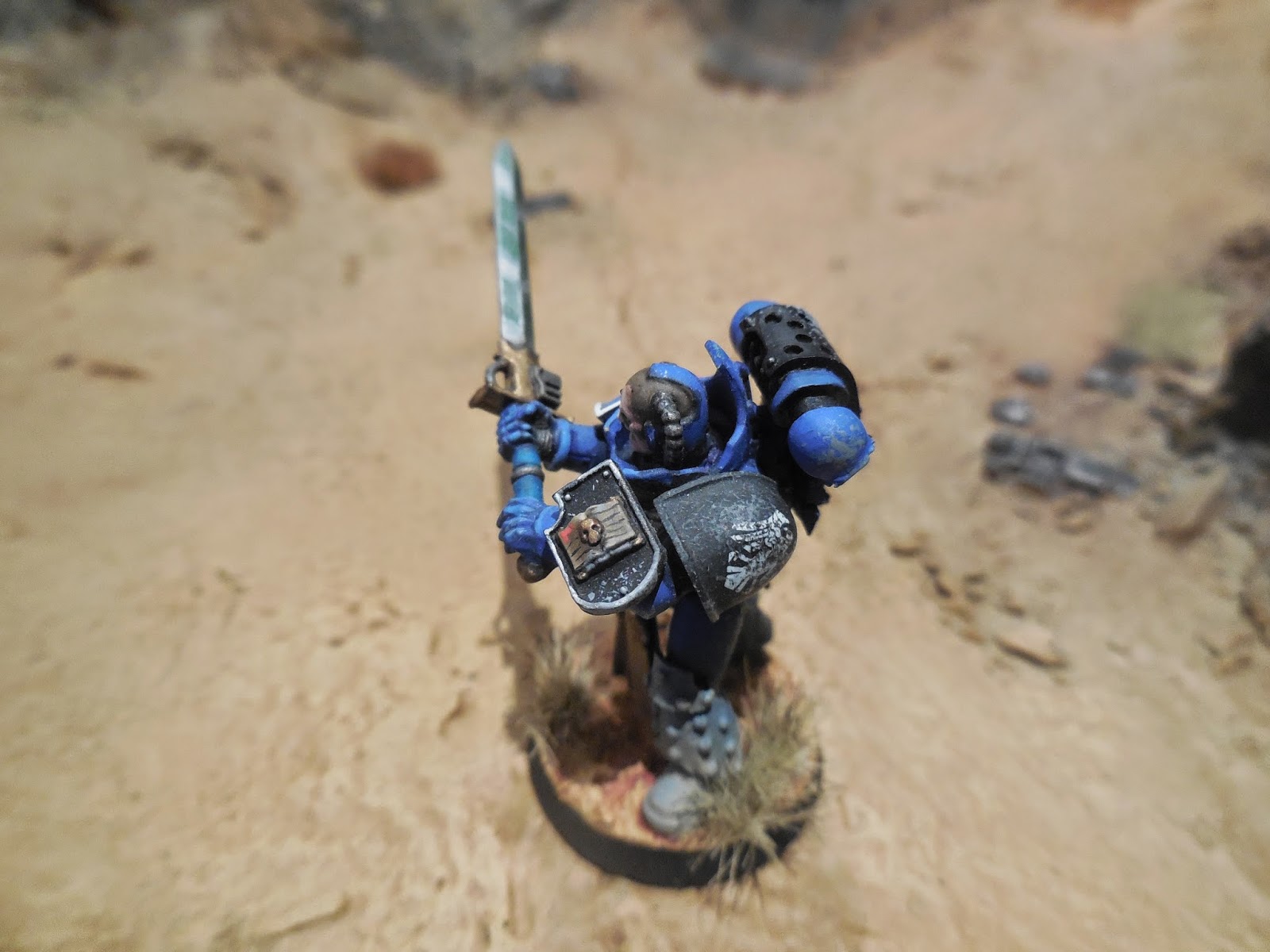 So there they are, I have a Master of Signals, Vigilator and a very special Moriat on the way, as well as some more RG infantry, so I guess my next post will feature the infantry, at a guess.

Hope to see you all next time, Macca
Posted by Unknown at 11:57