G'day all, Macca here with the complete Strike Captain Alvarex Maun. I chose to keep him relatively subdued, with the same dark blacks and reds I have used across the army. I also used bronze as my metallic primary, with the rivets and parts of his pack painted in it as it was more interesting to see then silver. The black raven is a decal applied over the hand painted white stripe (many layers, I think 4 in the end of Tamiya White...), and a small raven in white on the front. Finally, the skin was a mix of old Elf Flesh and Tamiya White, with Tamiya flat black for the eyes (which still look weird as they are solid black, but hey, when in Raven Guard Rome...). 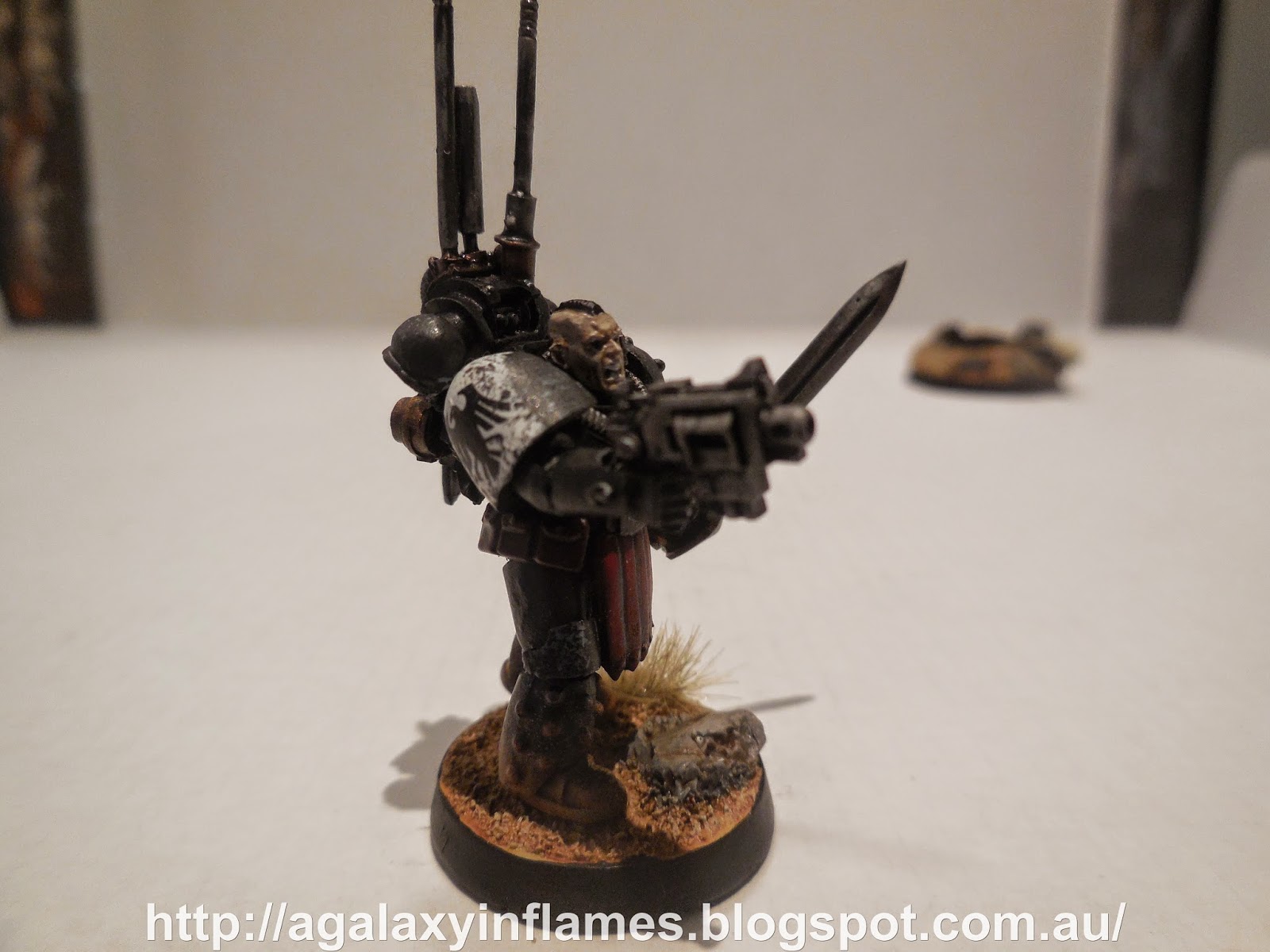 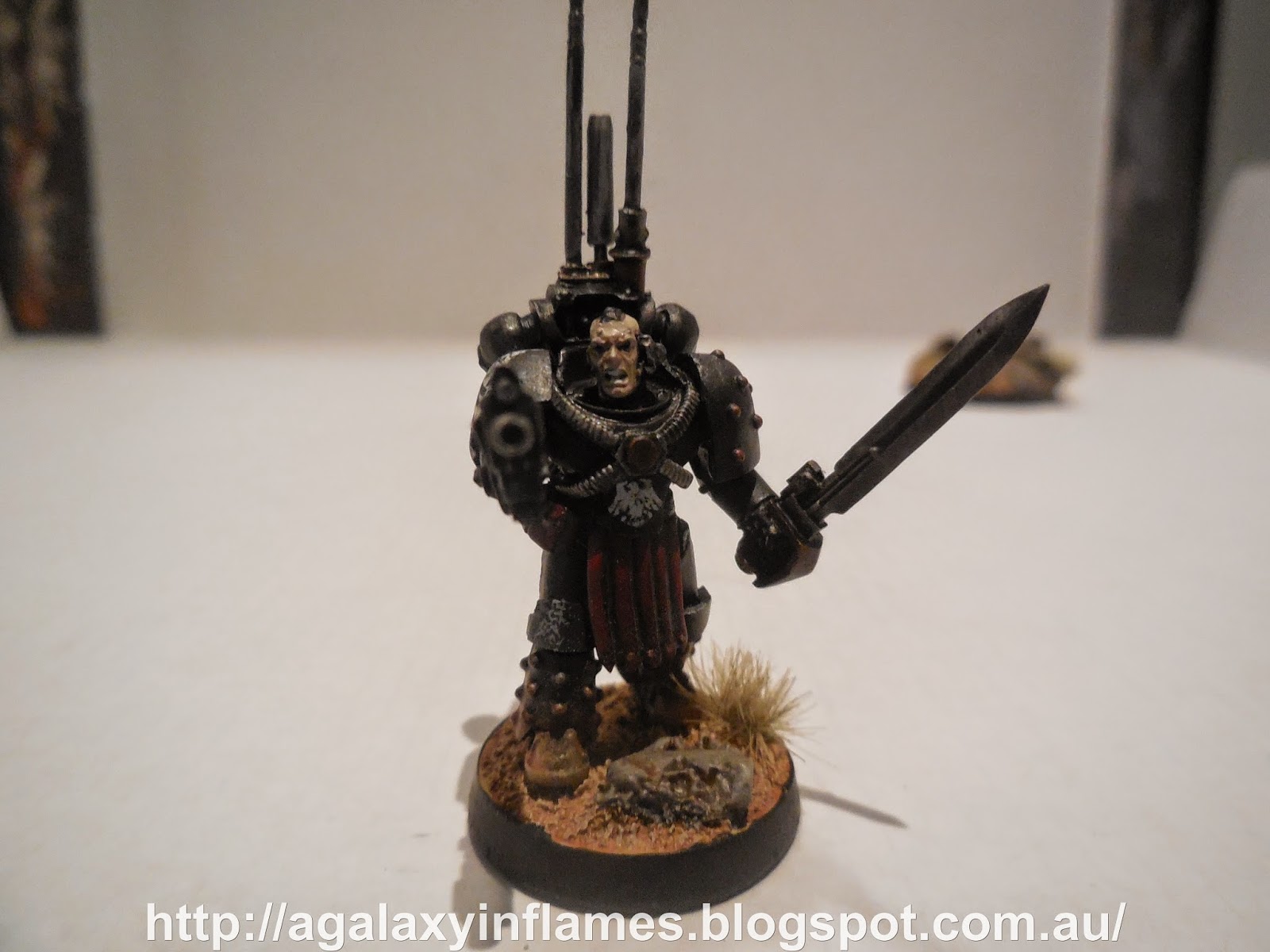 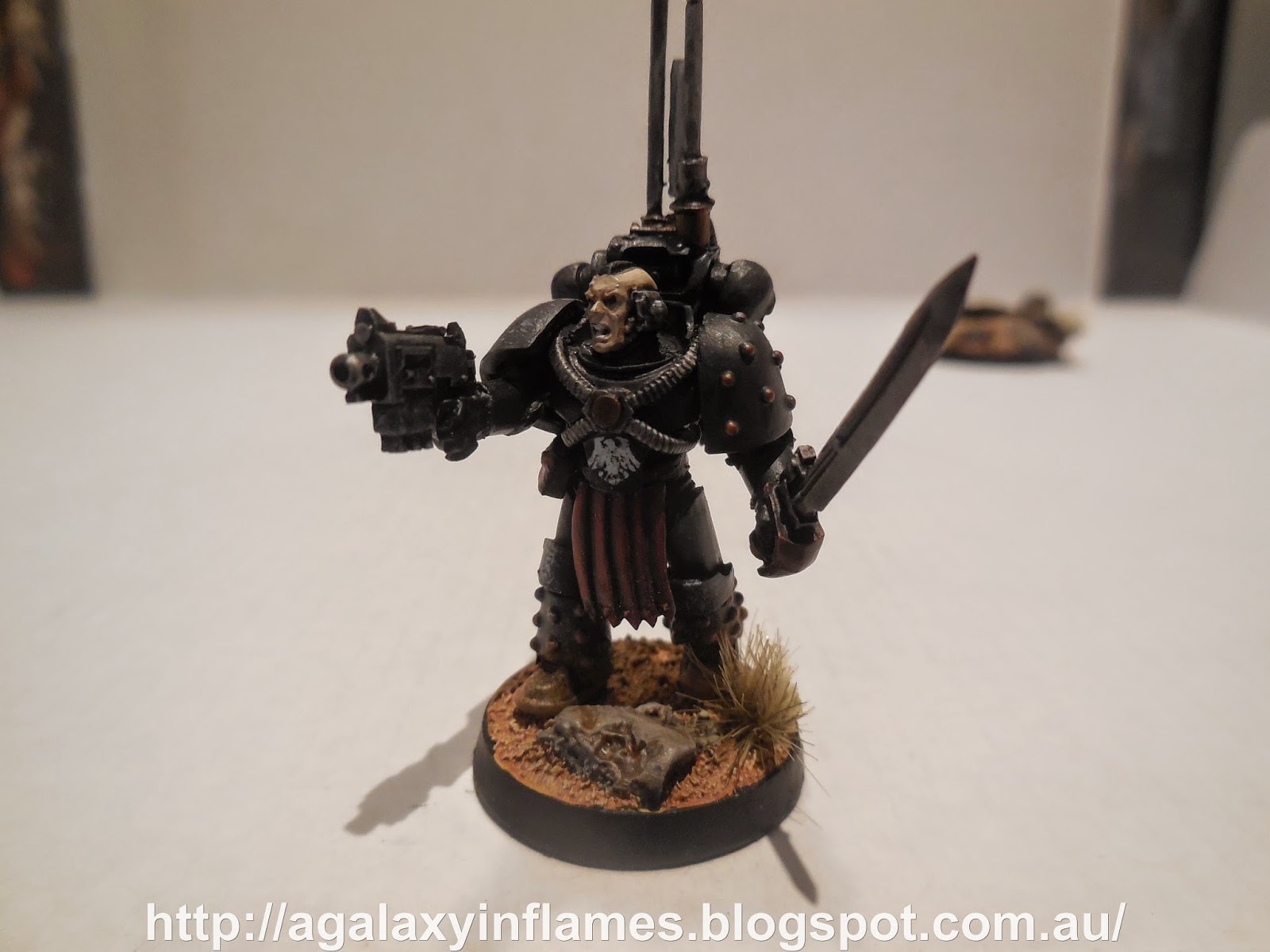 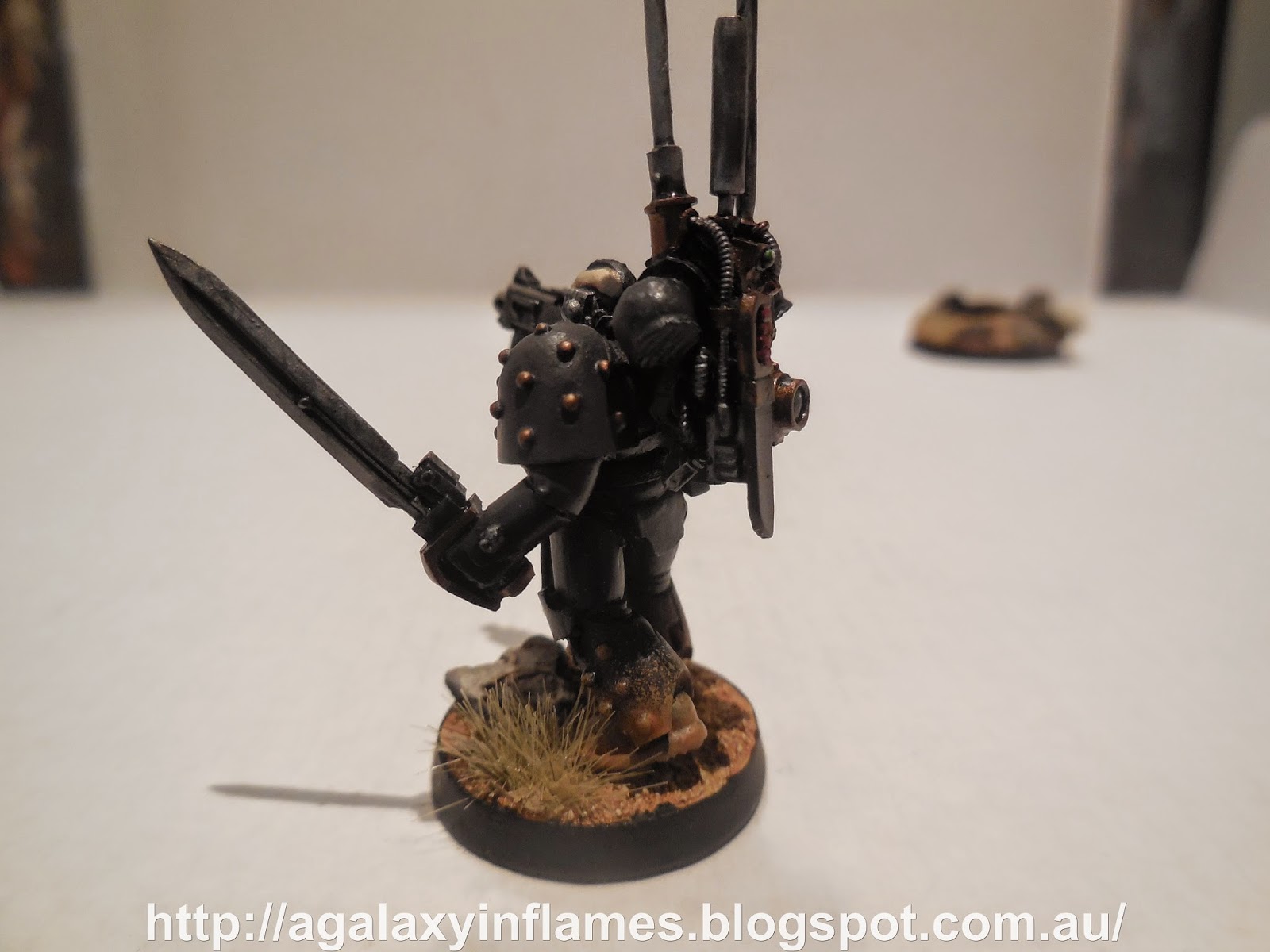 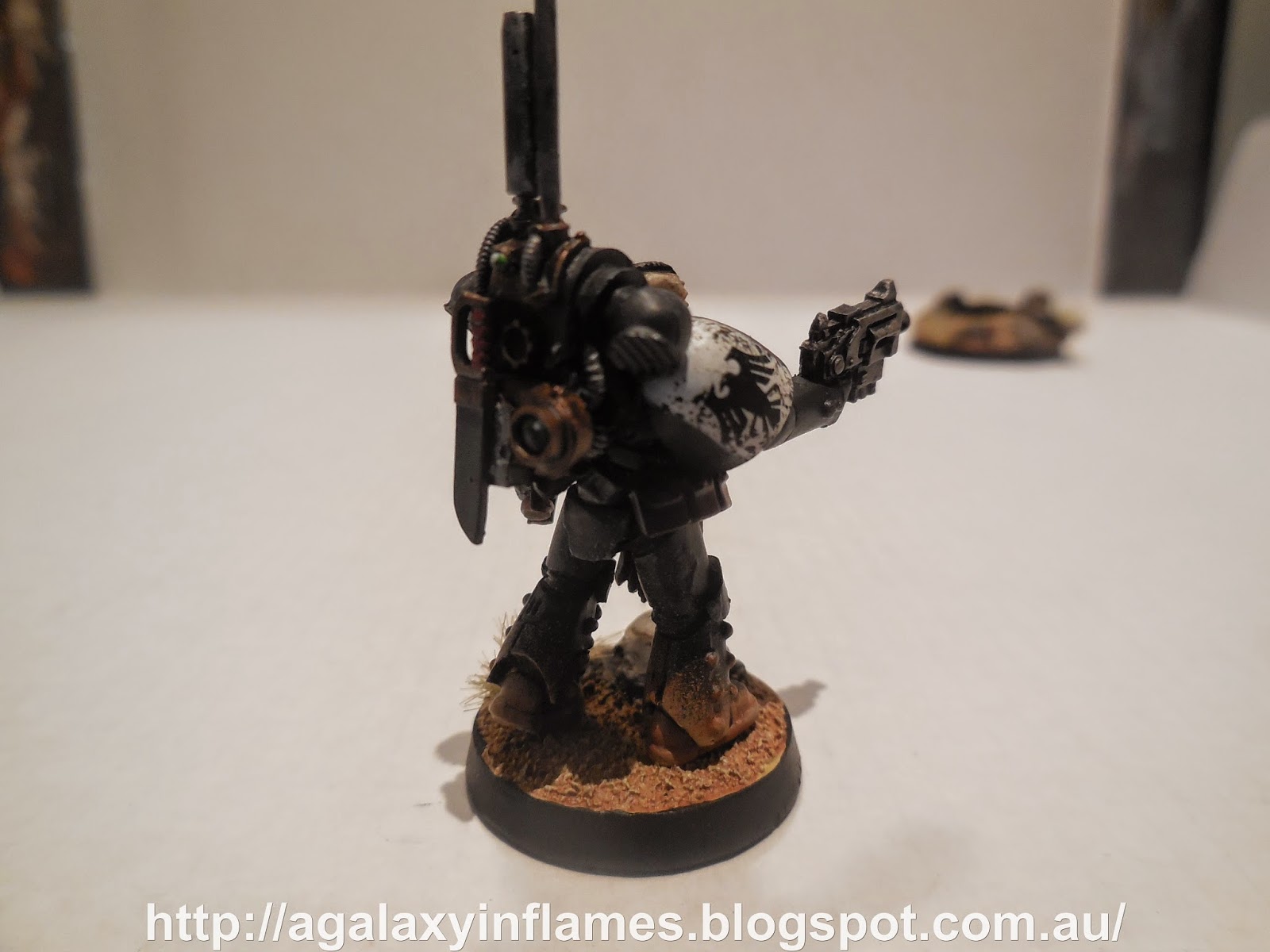 I also decided it would be fun to build a scenic base for him, as all of the other Forge World special characters have a cool extra-bases. I decided that I would stick with the theme I have established with the rest of the Raven Guard, fighting amongst the cliffs and ravines on the path to the salt flats. With that in mind, I used a few rocks, some spare bits of MK III power armour and a chunk of green stuff to make it. (pictures of the WIP base at the end of this thread.) Iron Warriors happened to be the chaps I picked as the dead, as the Raven Guard did take out just about the entire Iron Warrior presence in Istvaan V. 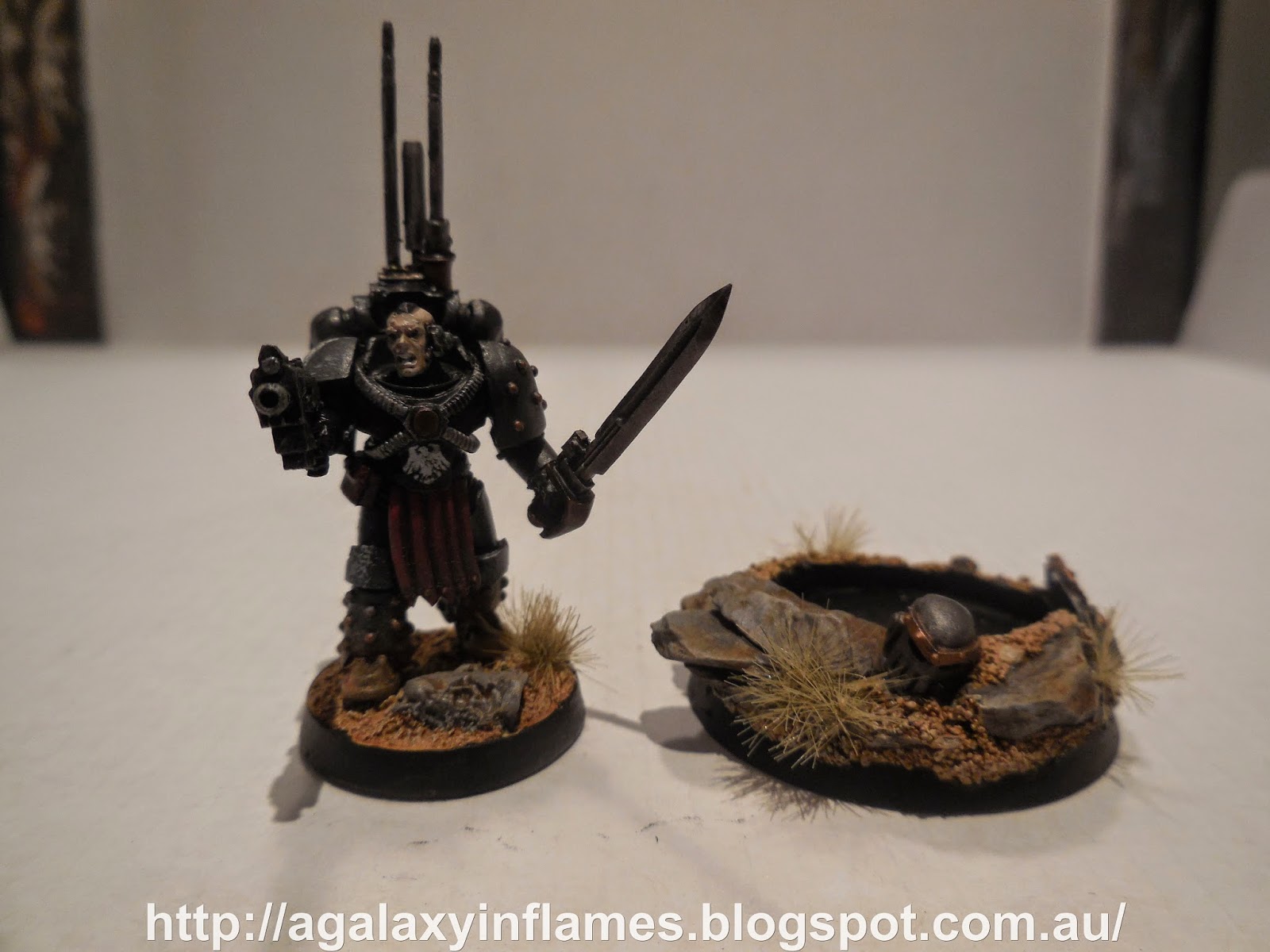 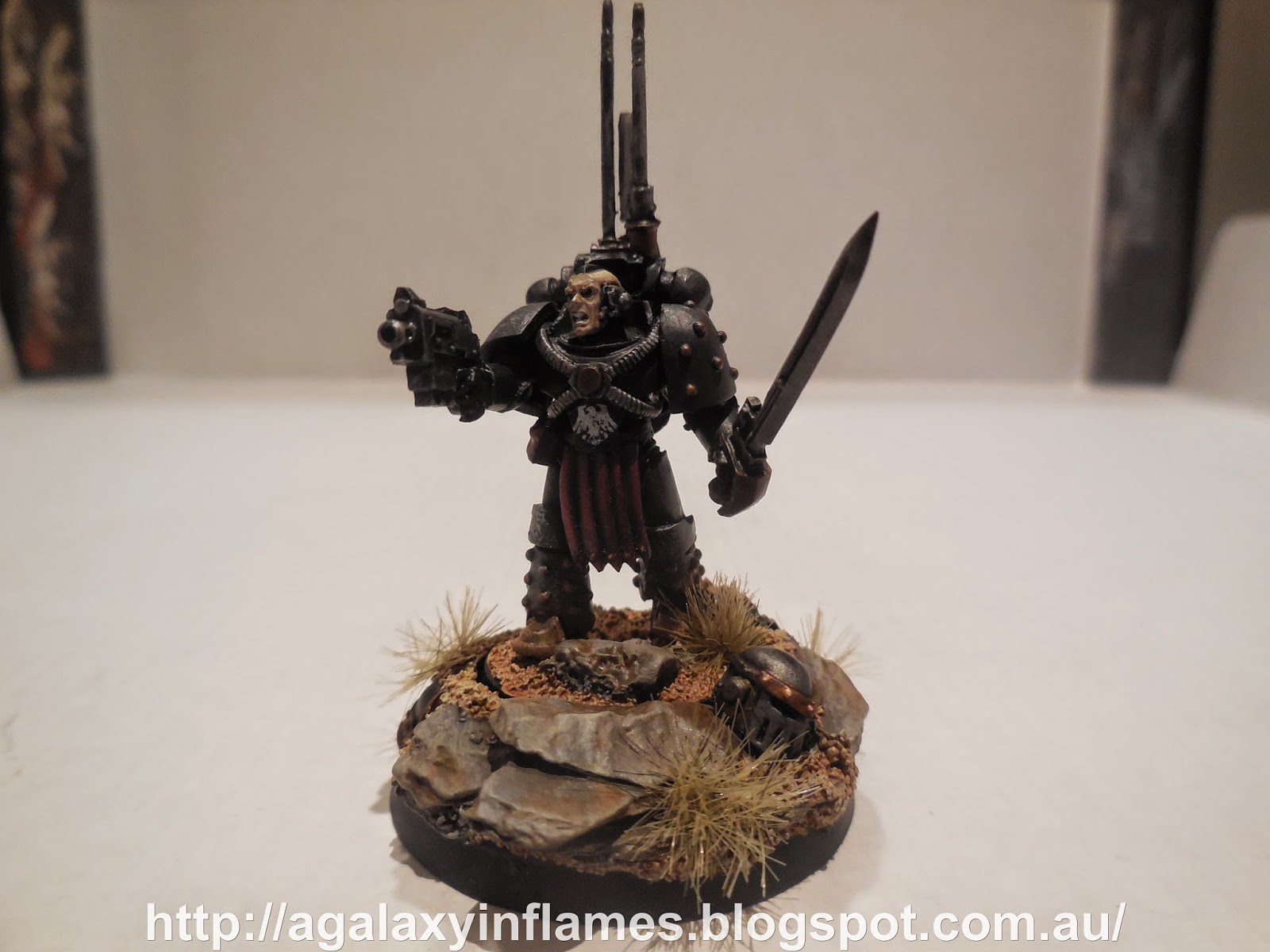 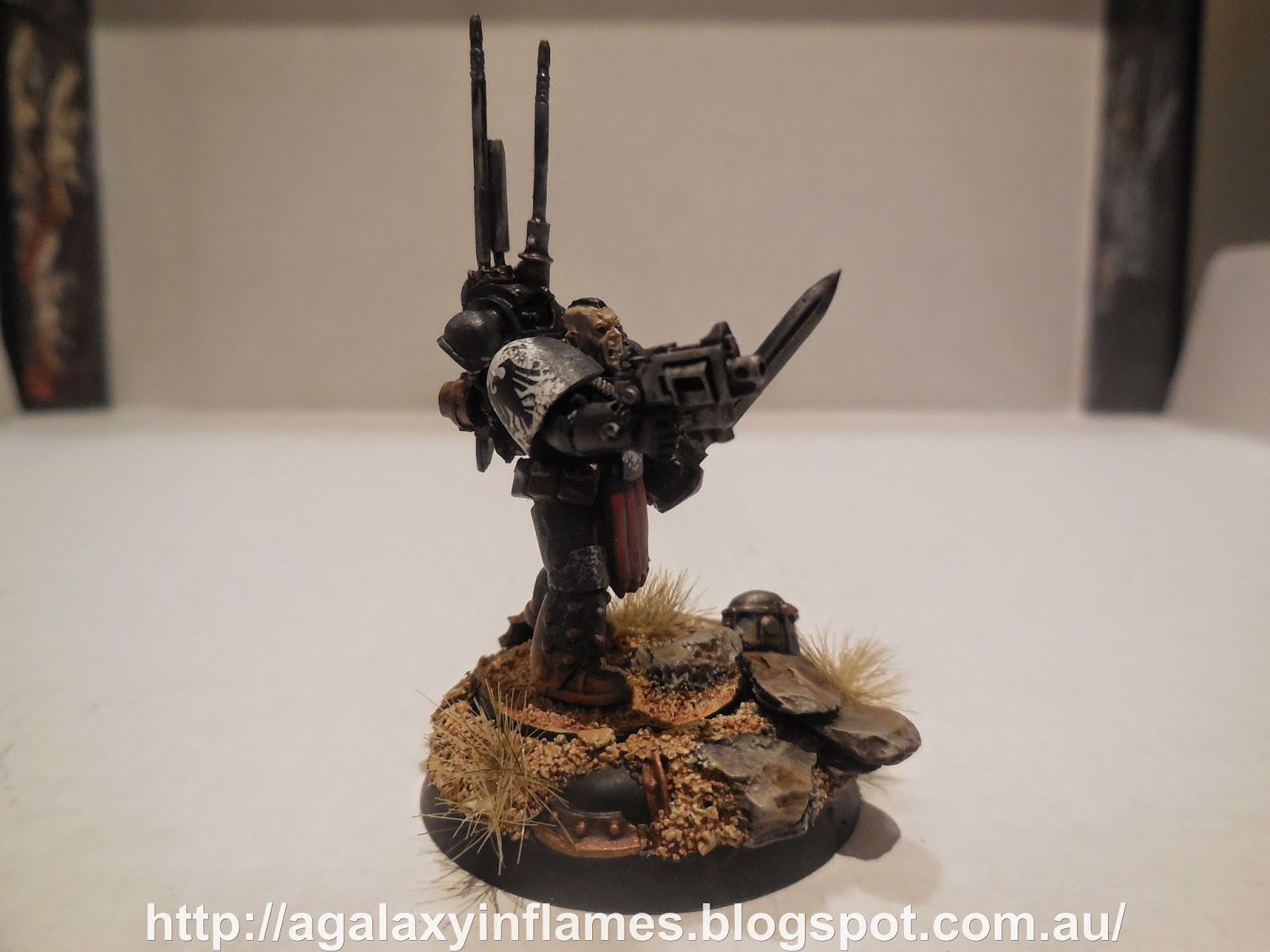 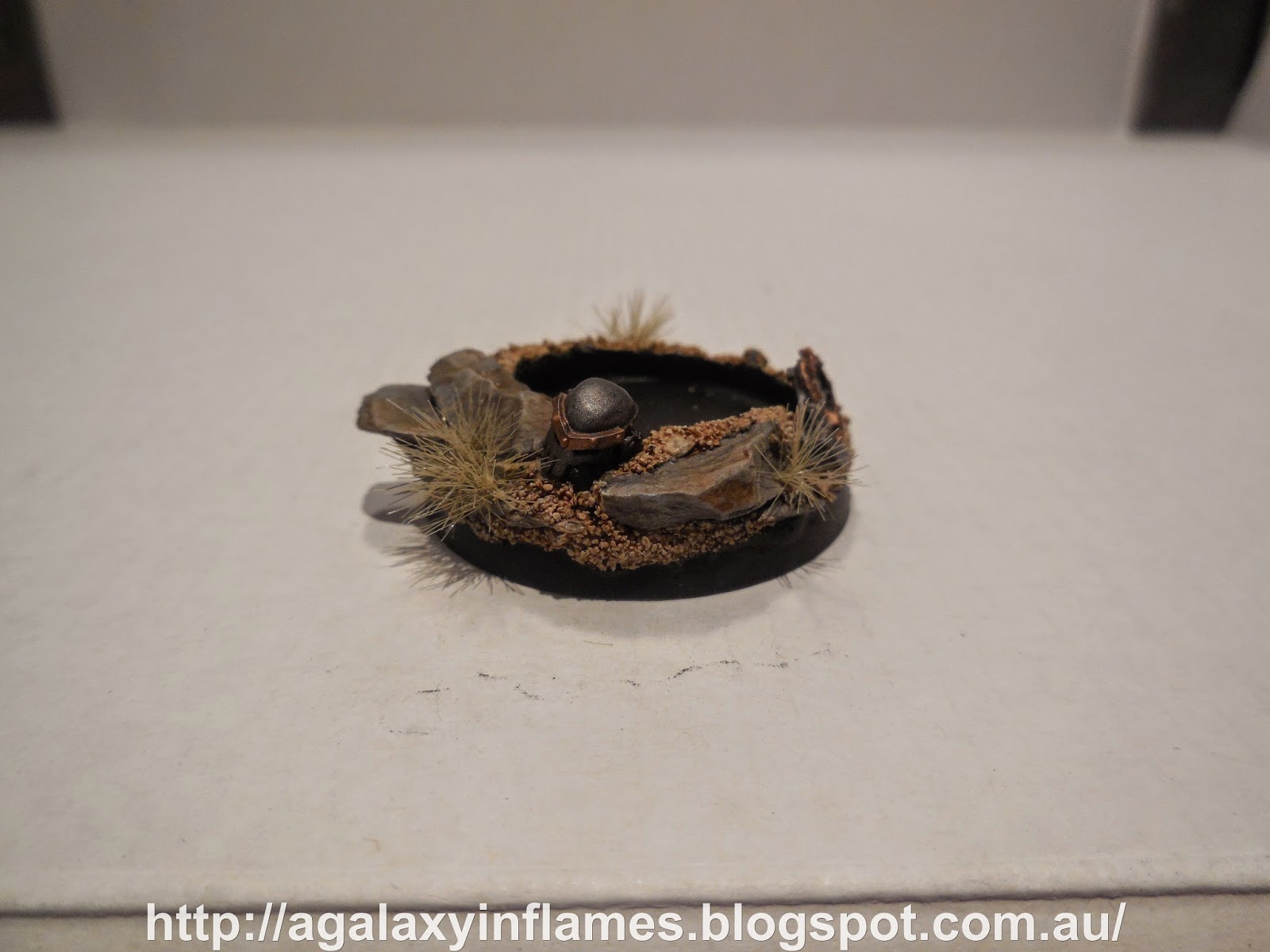 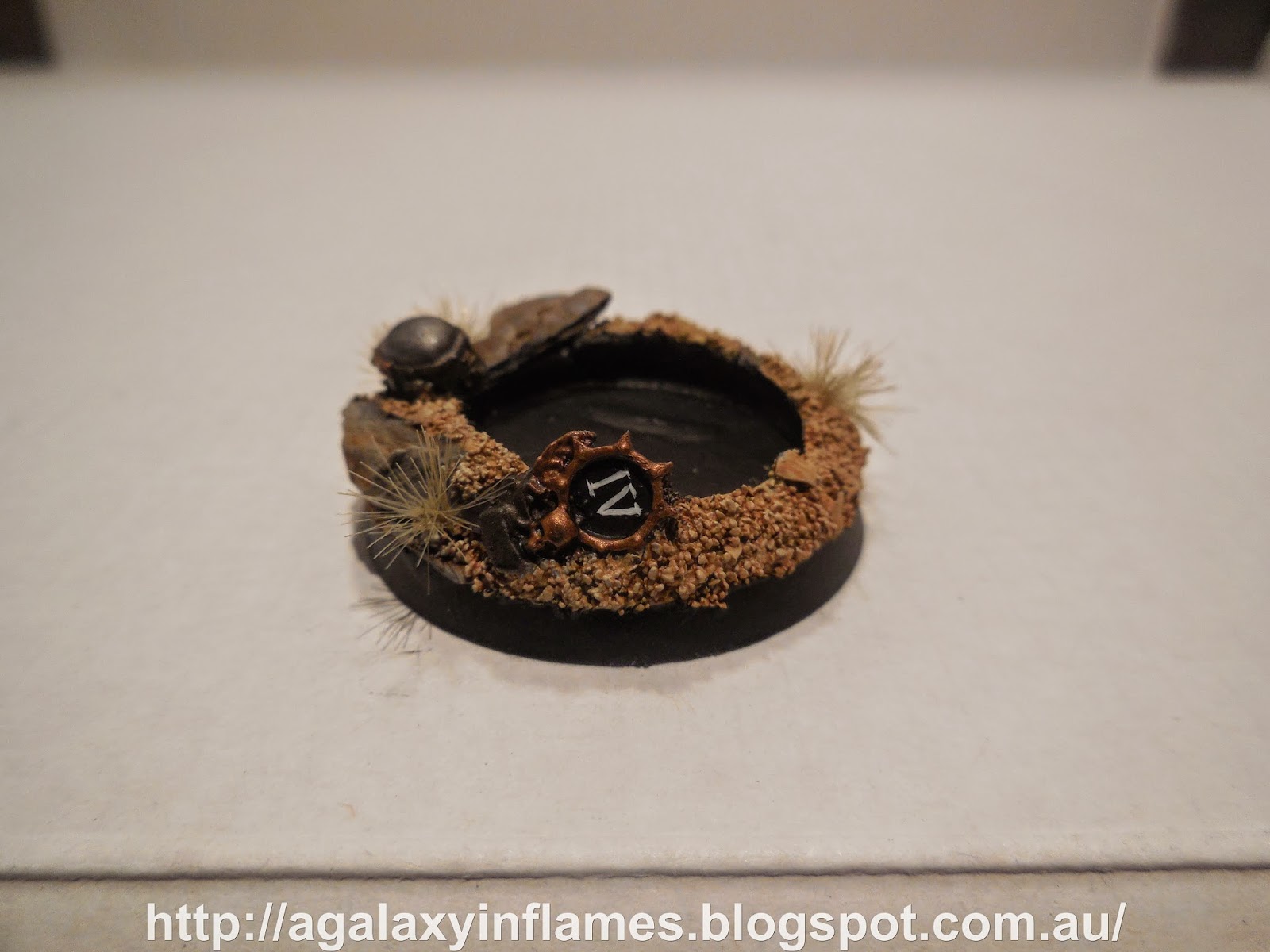 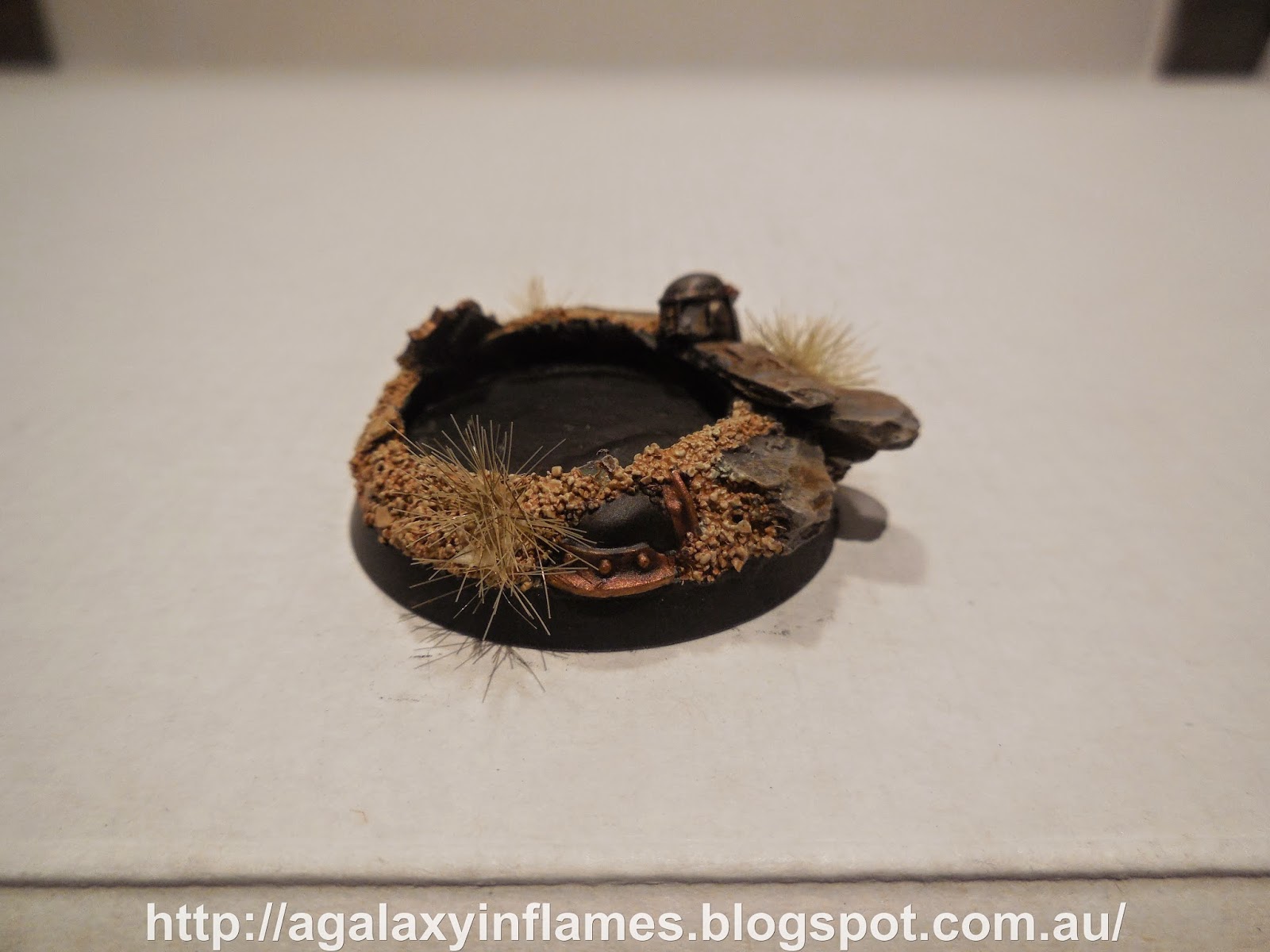 And the work in progress display base. 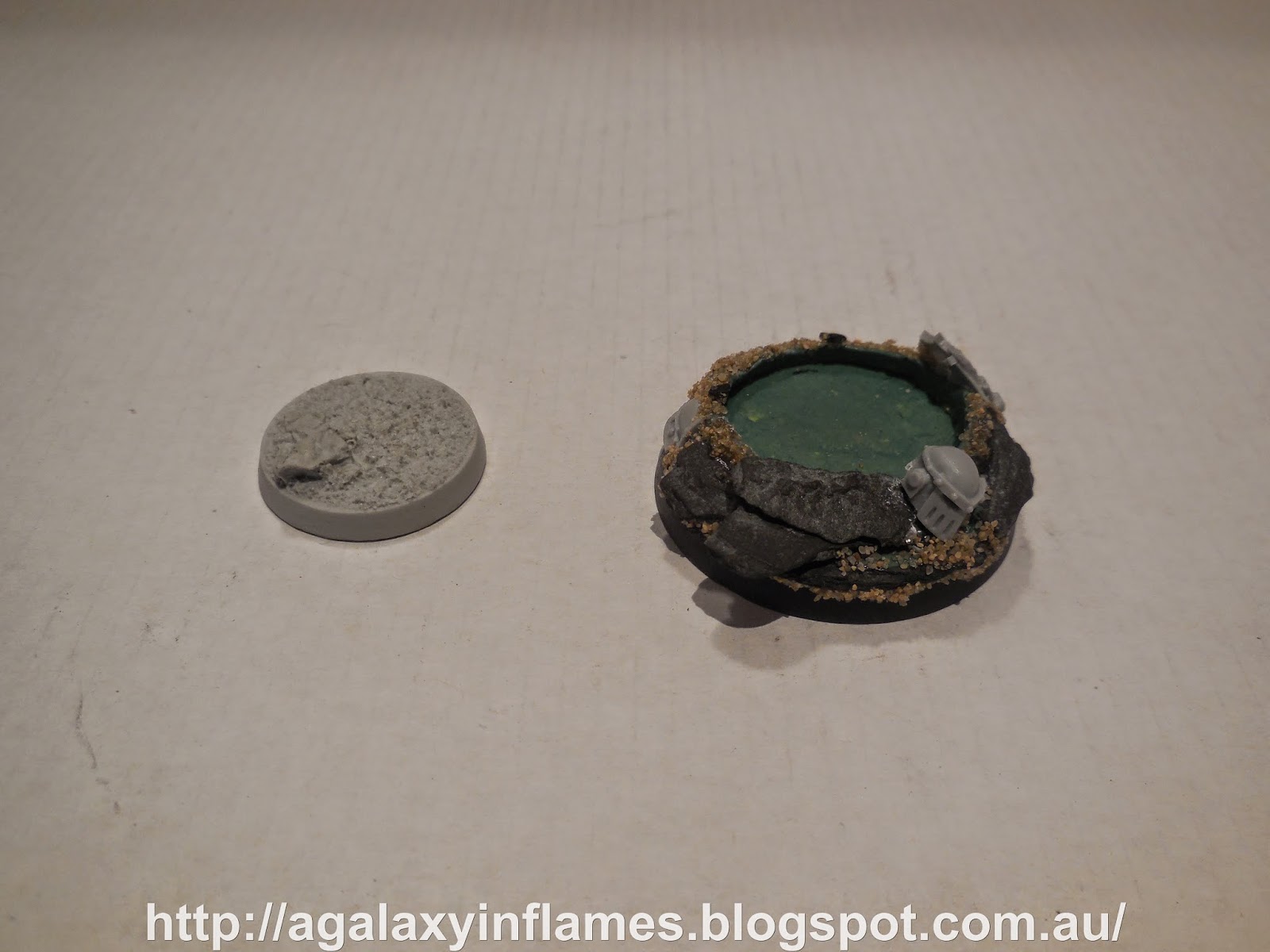 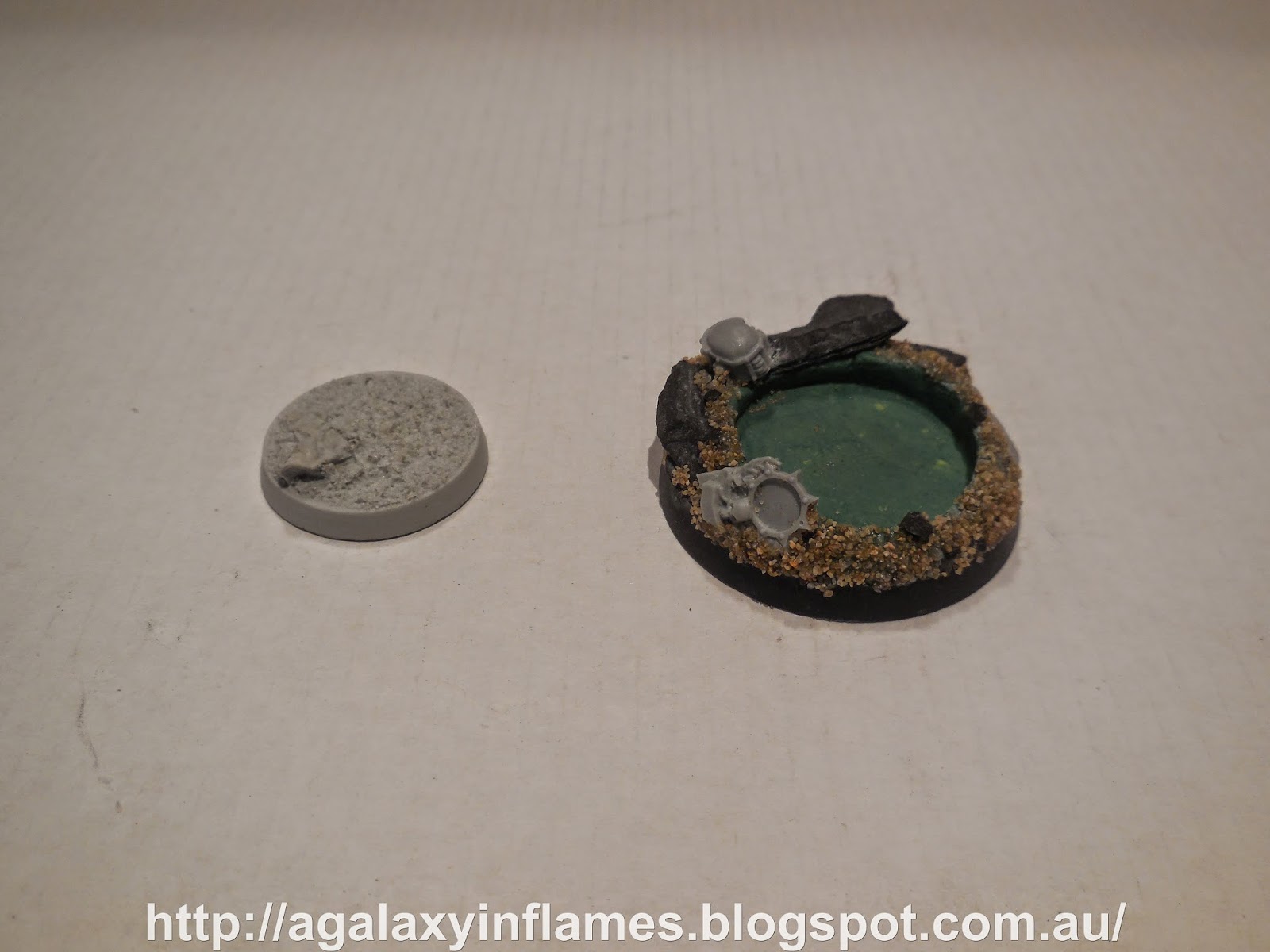 So, there you have it, one Raven Guard special character, I hope you enjoy, Macca